Context. The complex system HD 100453 AB with a ring-like circumprimary disk and two spiral arms, one of which is pointing to the secondary, is a good laboratory in which to test spiral formation theories.
Aims: We aim to resolve the dust and gas distribution in the disk around HD 100453 A and to quantify the interaction of HD 100453 B with the circumprimary disk.
Methods: Using ALMA band 6 dust continuum and CO isotopologue observations we have studied the HD 100453 AB system with a spatial resolution of 0''.09 × 0''.17 at 234 GHz. We used smoothed particle hydrodynamics (SPH) simulations and orbital fitting to investigate the tidal influence of the companion on the disk.
Results: We resolve the continuum emission around HD 100453 A into a disk between 0''.22 and 0''.40 with an inclination of 29.5° and a position angle of 151.0°, an unresolved inner disk, and excess mm emission cospatial with the northern spiral arm which was previously detected using scattered light observations. We also detect CO emission from 7 au (well within the disk cavity) out to 1''.10, overlapping with HD 100453 B at least in projection. The outer CO disk position angle (PA) and inclination differ by up to 10° from the values found for the inner CO disk and the dust continuum emission, which we interpret as due to gravitational interaction with HD 100453 B. Both the spatial extent of the CO disk and the detection of mm emission at the same location as the northern spiral arm are in disagreement with the previously proposed near co-planar orbit of HD 100453 B.
Conclusions: We conclude that HD 100453 B has an orbit that is significantly misaligned with the circumprimary disk. Because it is unclear whether such an orbit can explain the observed system geometry we highlight an alternative scenario that explains all detected disk features where another, (yet) undetected, low mass close companion within the disk cavity, shepherds a misaligned inner disk whose slowly precessing shadows excite the spiral arms. 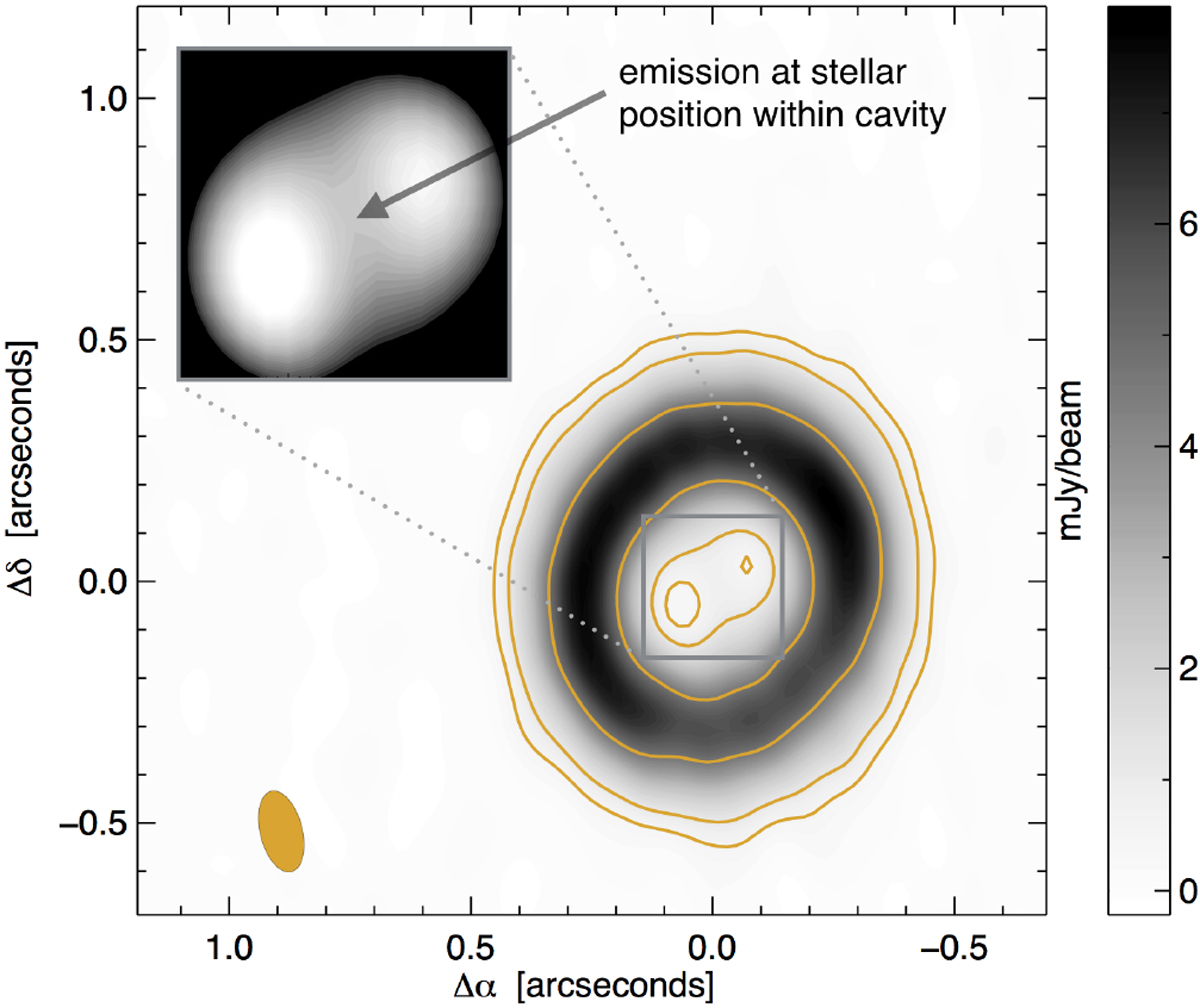