Context. Most stars form in clusters and thus it is important to characterize the protostellar disk population in dense environments to assess whether the environment plays a role in the subsequent evolution. Specifically, it is critical to evaluate whether planet formation is altered with respect to more isolated stars formed in dark clouds.
Aims: We seek to investigate the properties of the protostellar disks in the GGD 27 cluster and compare these with those obtained from disks formed in nearby regions.
Methods: We used ALMA to observe the star-forming region GGD 27 at 1.14 mm with an unprecedented angular resolution, 40 mas (∼56 au), and sensitivity (∼0.002 M⊙).
Results: We detected a cluster of 25 continuum sources, most of which likely trace disks around Class 0/I protostars. Excluding the two most massive objects, disks masses are in the range 0.003-0.05 M⊙. The analysis of the cluster properties indicates that GGD 27 displays moderate subclustering. This result, combined with the dynamical timescale of the radio jet (∼104 years), suggests the youthfulness of the cluster. The lack of disk mass segregation signatures may support this as well. We found a clear paucity of disks with Rdisk > 100 au. The median value of the radius is 34 au; this value is smaller than the median of 92 au for Taurus but comparable to the value found in Ophiuchus and in the Orion Nebula Cluster. In GGD 27 there is no evidence of a distance-dependent disk mass distribution (i.e., disk mass depletion due to external photoevaporation), most likely due to the cluster youth. There is a clear deficit of disks for distances <0.02 pc. Stars can only form larger and more massive disksfor distances >0.04 pc. This suggests that dynamical interactions far from the cluster center are weaker, although the small disks found could be the result of disk truncation. This work demonstrates the potential to characterize disks from low-mass young stellar objects in distant and massive (still deeply embedded) clustered environments. 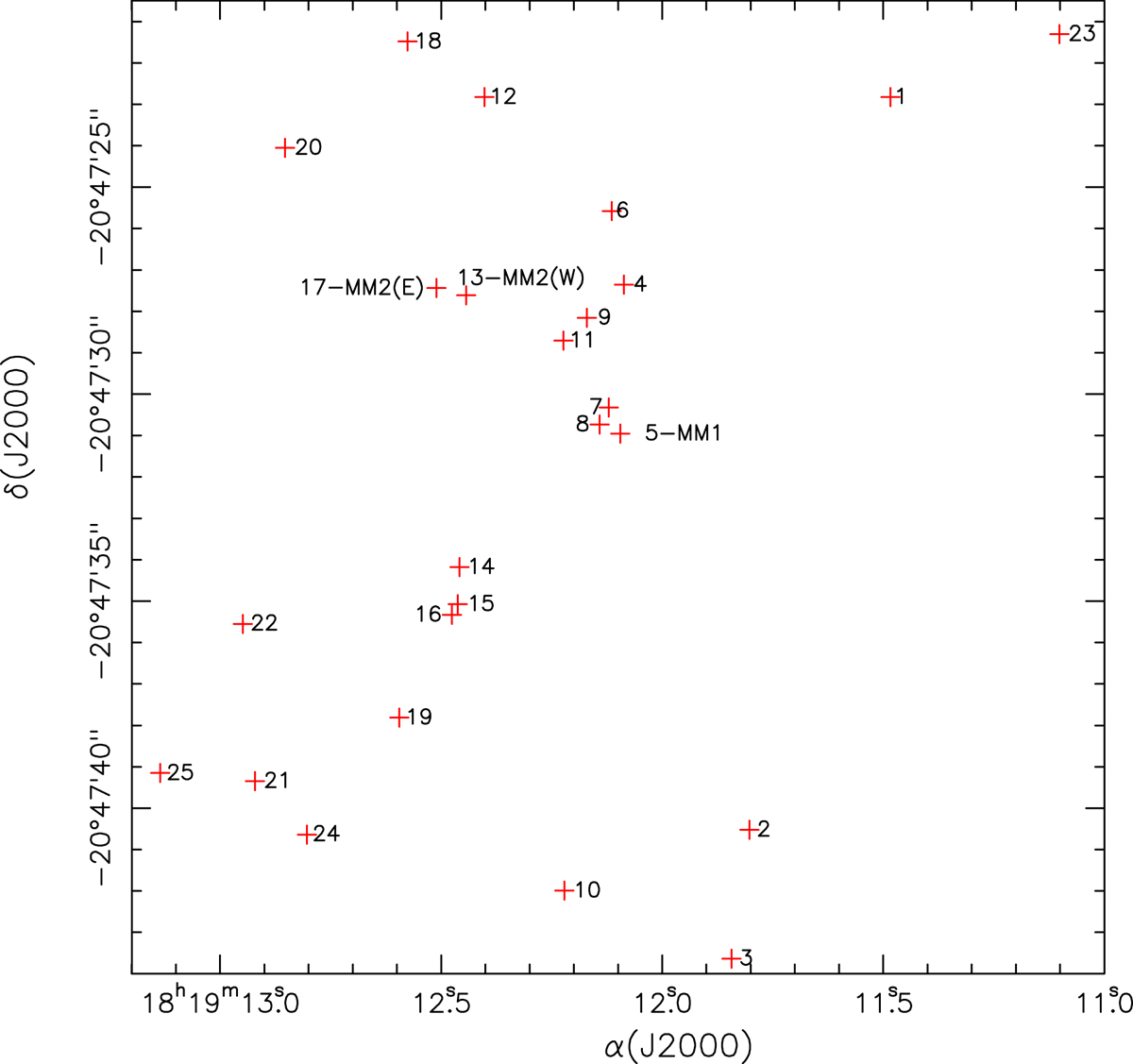