X-ray emission of z > 2.5 active galactic nuclei can be obscured by their host galaxies

We present a multiwavelength study of seven active galactic nuclei (AGN) at spectroscopic redshift >2.5 in the 7 Ms Chandra Deep Field South that were selected for their good far-infrared (FIR) and submillimeter (submm) detections. Our aim is to investigate the possibility that the obscuration observed in the X-rays can be produced by the interstellar medium (ISM) of the host galaxy. Based on the 7 Ms Chandra spectra, we measured obscuring column densities NH, X in excess of 7 × 1022 cm-2 and intrinsic X-ray luminosities LX > 1044 erg s-1 for our targets, as well as equivalent widths for the Fe Kα emission line EWrest ≳ 0.5-1 keV. We built the UV-to-FIR spectral energy distributions (SEDs) by using broadband photometry from the CANDELS and Herschel catalogs. By means of an SED decomposition technique, we derived stellar masses (M* ∼ 1011 M⊙), IR luminosities (LIR > 1012 L⊙), star formation rates (SFR ∼ 190-1680 M⊙ yr-1) and AGN bolometric luminosities (Lbol ∼ 1046 erg s-1) for our sample. We used an empirically calibrated relation between gas masses and FIR/submm luminosities and derived Mgas ∼ 0.8-5.4 × 1010 M⊙. High-resolution (0.3-0.7″) ALMA data (when available, CANDELS data otherwise) were used to estimate the galaxy size and hence the volume enclosing most of the ISM under simple geometrical assumptions. These measurements were then combined to derive the column density associated with the ISM of the host, which is on the order of NH, ISM ∼ 1023-24 cm-2. The comparison between the ISM column densities and those measured from the X-ray spectral analysis shows that they are similar. This suggests that at least at high redshift, significant absorption on kiloparsec scales by the dense ISM in the host likely adds to or substitutes that produced by circumnuclear gas on parsec scales (i.e., the torus of unified models). The lack of unobscured AGN among our ISM-rich targets supports this scenario. 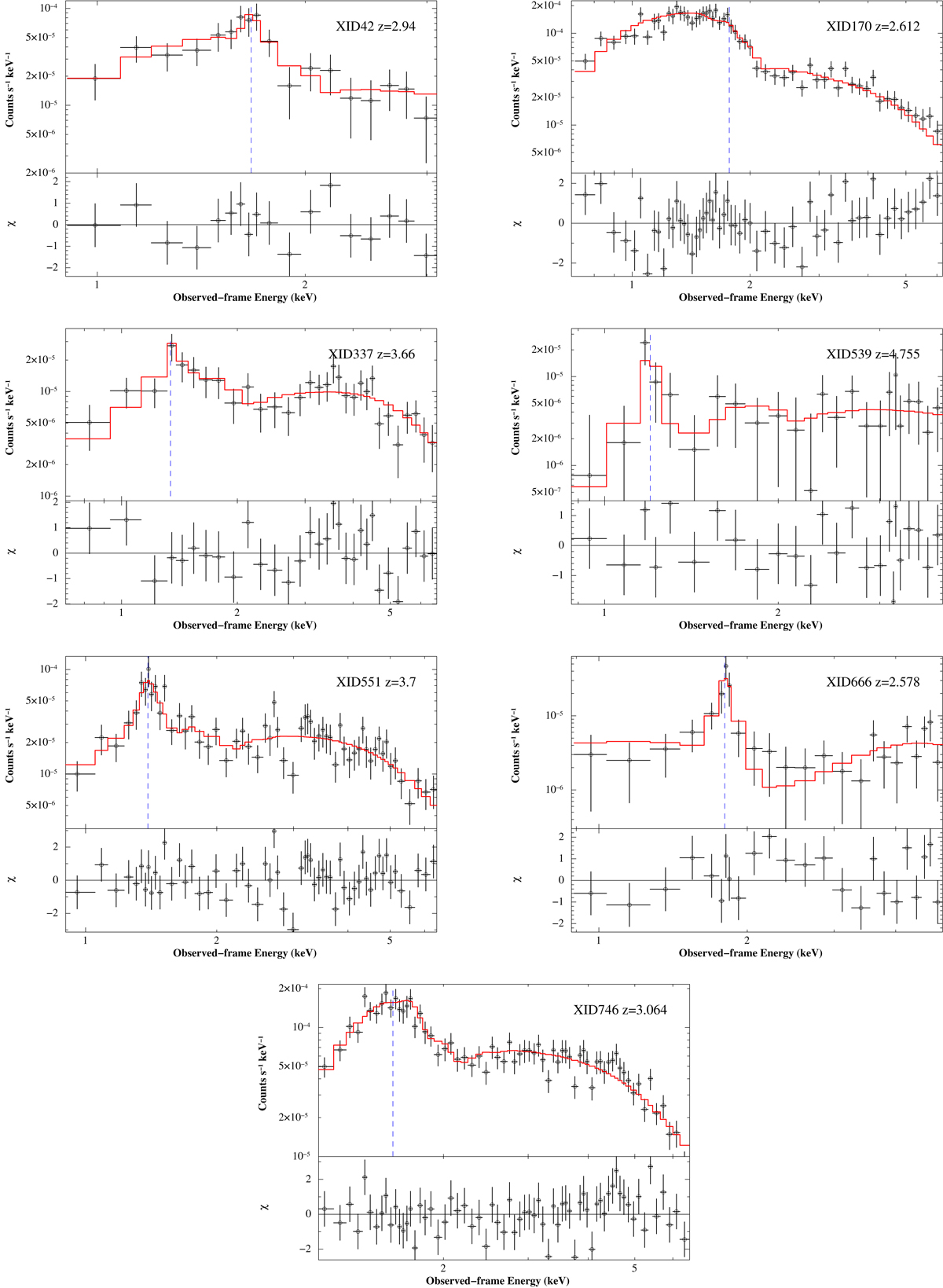