A wealth of tiny galactic systems populates the surroundings of the Milky Way. However, some of these objects might have originated as former satellites of the Magellanic Clouds, in particular of the Large Magellanic Cloud (LMC). Examples of the importance of understanding how many systems are genuine satellites of the Milky Way or the LMC are the implications that the number and luminosity-mass function of satellites around hosts of different mass have for dark matter theories and the treatment of baryonic physics in simulations of structure formation. Here we aim at deriving the bulk motions and estimates of the internal velocity dispersion and metallicity properties in four recently discovered distant southern dwarf galaxy candidates, Columba I, Reticulum III, Phoenix II, and Horologium II. We combined Gaia DR2 astrometric measurements, photometry, and new FLAMES/GIRAFFE intermediate-resolution spectroscopic data in the region of the near-IR Ca II triplet lines; this combination is essential for finding potential member stars in these low-luminosity systems. We find very likely member stars in all four satellites and are able to determine (or place limits on) the bulk motions and average internal properties of the systems. The systems are found to be very metal poor, in agreement with dwarf galaxies and dwarf galaxy candidates of similar luminosity. Of these four objects, we can only firmly place Phoenix II in the category of dwarf galaxies because of its resolved high velocity dispersion (9.5 -4.4+6.8 km s-1) and intrinsic metallicity spread (0.33 dex). For Columba I we also measure a clear metallicity spread. The orbital pole of Phoenix II is well constrained and close to that of the LMC, suggesting a prior association. The uncertainty on the orbital poles of the other systems is currently very large, so that an association cannot be excluded, except for Columba I. Using the numbers of potential former satellites of the LMC identified here and in the literature, we obtain for the LMC a dark matter mass of M200 = 1.9 -0.9+1.3 × 1011 M⊙. 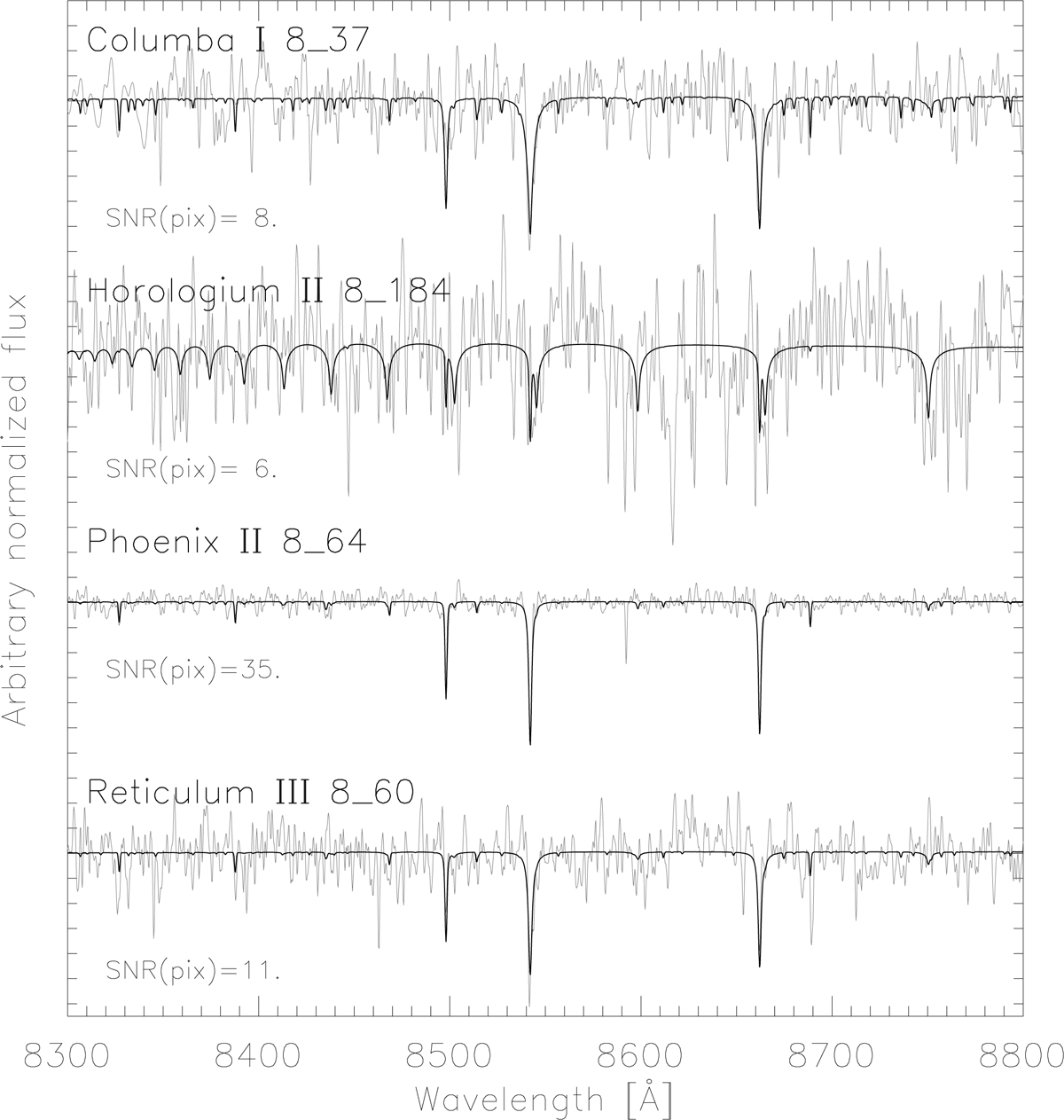