Context. The ESA Gaia mission provides a unique time-domain survey for more than 1.6 billion sources with G ≲ 21 mag.
Aims: We showcase stellar variability in the Galactic colour-absolute magnitude diagram (CaMD). We focus on pulsating, eruptive, and cataclysmic variables, as well as on stars that exhibit variability that is due to rotation and eclipses.
Methods: We describe the locations of variable star classes, variable object fractions, and typical variability amplitudes throughout the CaMD and show how variability-related changes in colour and brightness induce "motions". To do this, we use 22 months of calibrated photometric, spectro-photometric, and astrometric Gaia data of stars with a significant parallax. To ensure that a large variety of variable star classes populate the CaMD, we crossmatched Gaia sources with known variable stars. We also used the statistics and variability detection modules of the Gaia variability pipeline. Corrections for interstellar extinction are not implemented in this article.
Results: Gaia enables the first investigation of Galactic variable star populations in the CaMD on a similar, if not larger, scale as was previously done in the Magellanic Clouds. Although the observed colours are not corrected for reddening, distinct regions are visible in which variable stars occur. We determine variable star fractions to within the current detection thresholds of Gaia. Finally, we report the most complete description of variability-induced motion within the CaMD to date.
Conclusions: Gaia enables novel insights into variability phenomena for an unprecedented number of stars, which will benefit the understanding of stellar astrophysics. The CaMD of Galactic variable stars provides crucial information on physical origins of variability in a way that has previously only been accessible for Galactic star clusters or external galaxies. Future Gaia data releases will enable significant improvements over this preview by providing longer time series, more accurate astrometry, and additional data types (time series BP and RP spectra, RVS spectra, and radial velocities), all for much larger samples of stars. 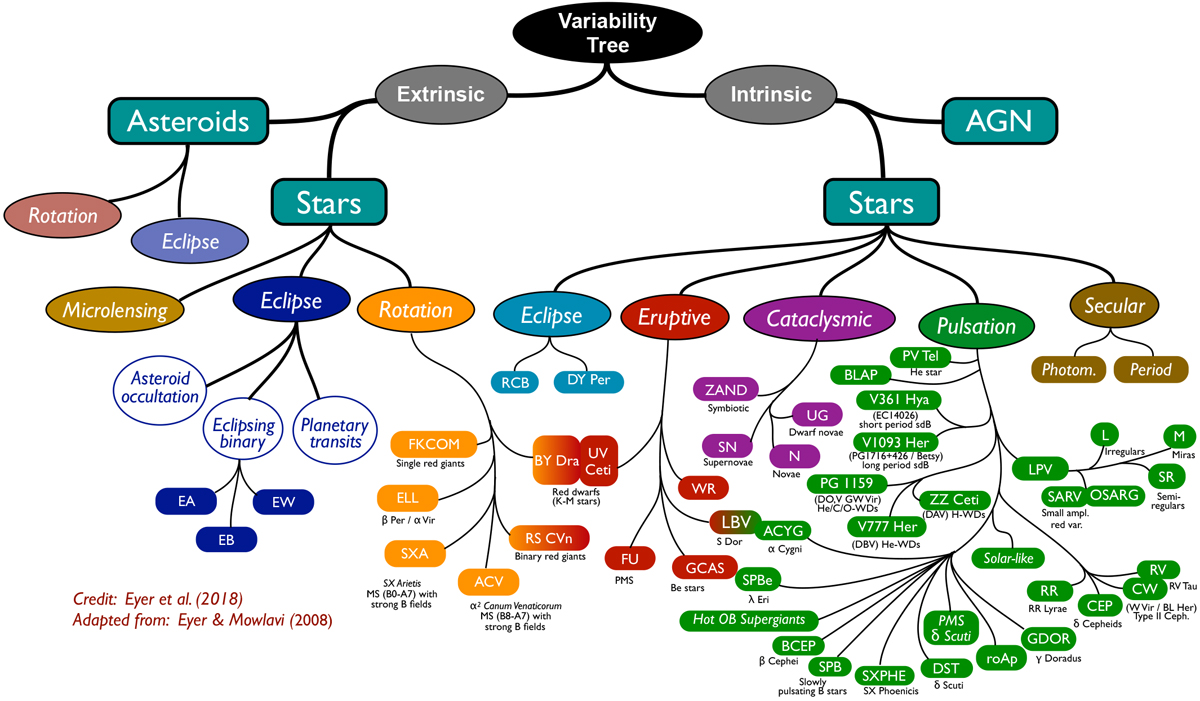