Deciphering an evolutionary sequence of merger stages in infrared-luminous starburst galaxies at z ˜ 0.7

Based on optical and near-IR Magellan FIRE spectra of 25 starburst galaxies at 0.5 < z < 0.9, a recent publication showed that their attenuation properties can be explained by a single-parameter sequence of total obscurations ranging from AV = 2 to AV = 30 toward the starburst core centers in a mixed stars and dust configuration. We investigate here the origin of this sequence for the same sample. We show that total attenuations anticorrelate with the starburst sizes in radio (3 GHz) with a significance larger than 5σ and a scatter of 0.26 dex. More obscured and compact starbursts also show enhanced N2 (=[NII]/Hα) ratios and larger line velocity widths that we attribute to an increasing shock contribution toward later merger phases, driven by deeper gravitational potential wells at the coalescence. Additionally, the attenuation is also linked to the equivalent width (EW) of hydrogen recombination lines, which is sensitive to the luminosity weighted age of the relatively unobscured stellar populations. Overall, the correlations among AV, tot, radio size, line width, N2 and EW of Balmer and Paschen lines converge toward suggesting an evolutionary sequence of merger stages: all of these quantities are likely to be good time-tracers of the merger phenomenon, and their large spanned range appears to be characteristic of the different merger phases. Half of our sample at higher obscurations have radio sizes approximately 3 times smaller than early type galaxies at the same redshift, suggesting that, in analogy with local ultraluminous infrared galaxies (ULIRGs), these cores cannot be directly forming elliptical galaxies. Finally, we detect mid-IR AGN torus for half of our sample and additional X-ray emission for 6 starbursts; intriguingly, the latter have systematically more compact sizes, suggestive of emerging AGNs toward later merger stages, possibly precursors of a later QSO phase. 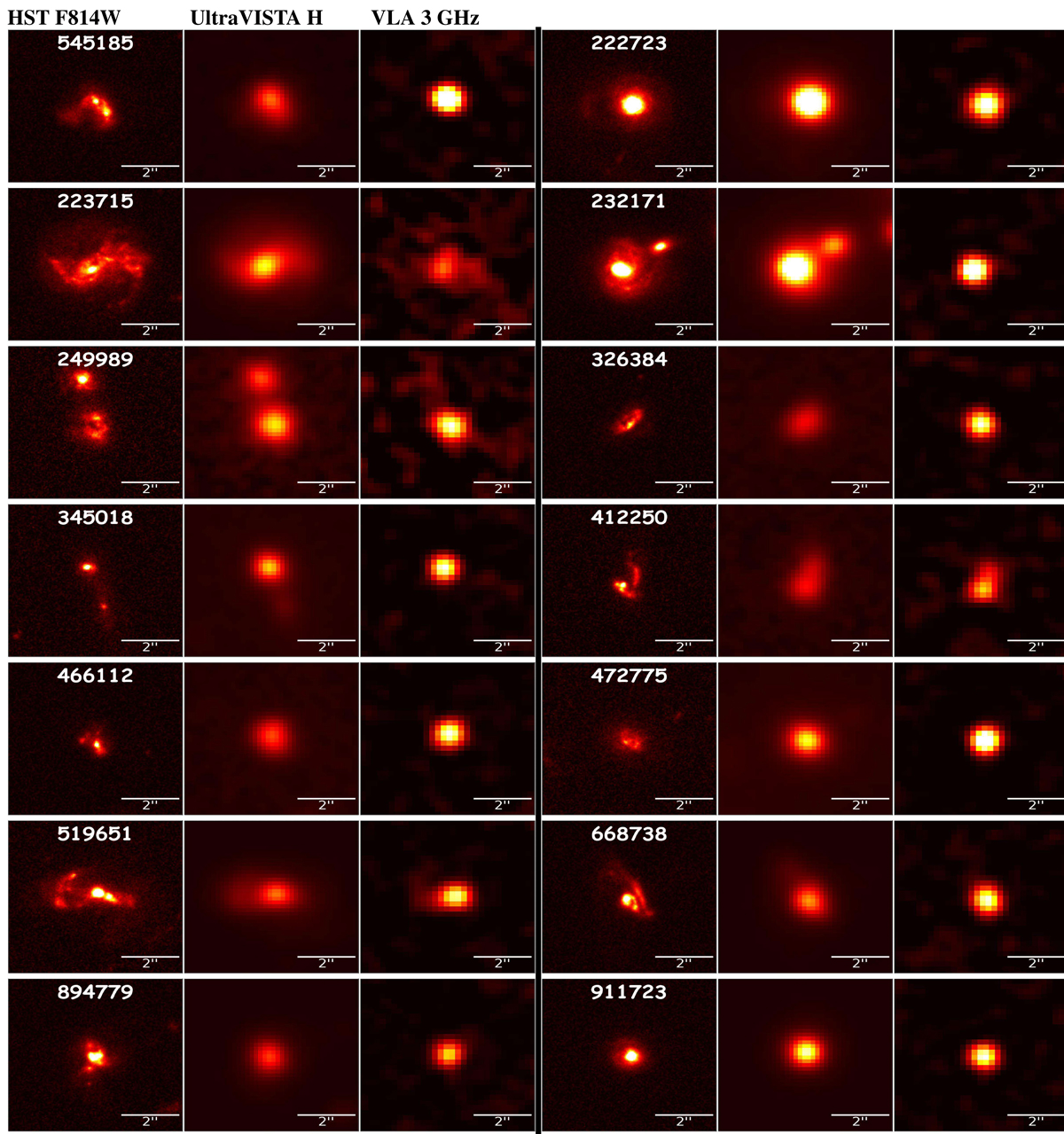