Close-in gas planets are subject to continuous photoevaporation that can erode their volatile envelopes. Today, ongoing mass loss has been confirmed in a few individual systems via transit observations in the ultraviolet spectral range. We demonstrate that the Ultraviolet/Optical Telescope (UVOT) onboard the Neil Gehrels Swift Observatory enables photometry to a relative accuracy of about 0.5% and present the first near-UV (200-270 nm, NUV) transit observations of WASP-121 b, a hot Jupiter with one of the highest predicted mass-loss rates. The data cover the orbital phases 0.85-1.15 with three visits. We measure a broadband NUV transit depth of 2.10 ± 0.29%. While still consistent with the optical value of 1.55%, the NUV data indicate excess absorption of 0.55% at a 1.9σ level. Such excess absorption is known from the WASP-12 system, and both of these hot Jupiters are expected to undergo mass loss at extremely high rates. With a Cloudy simulation, we show that absorption lines of Fe II in a dense extended atmosphere can cause broadband near-UV absorption at the 0.5% level. Given the numerous lines of low-ionization metals, the NUV range is a promising tracer of photoevaporation in the hottest gas planets. 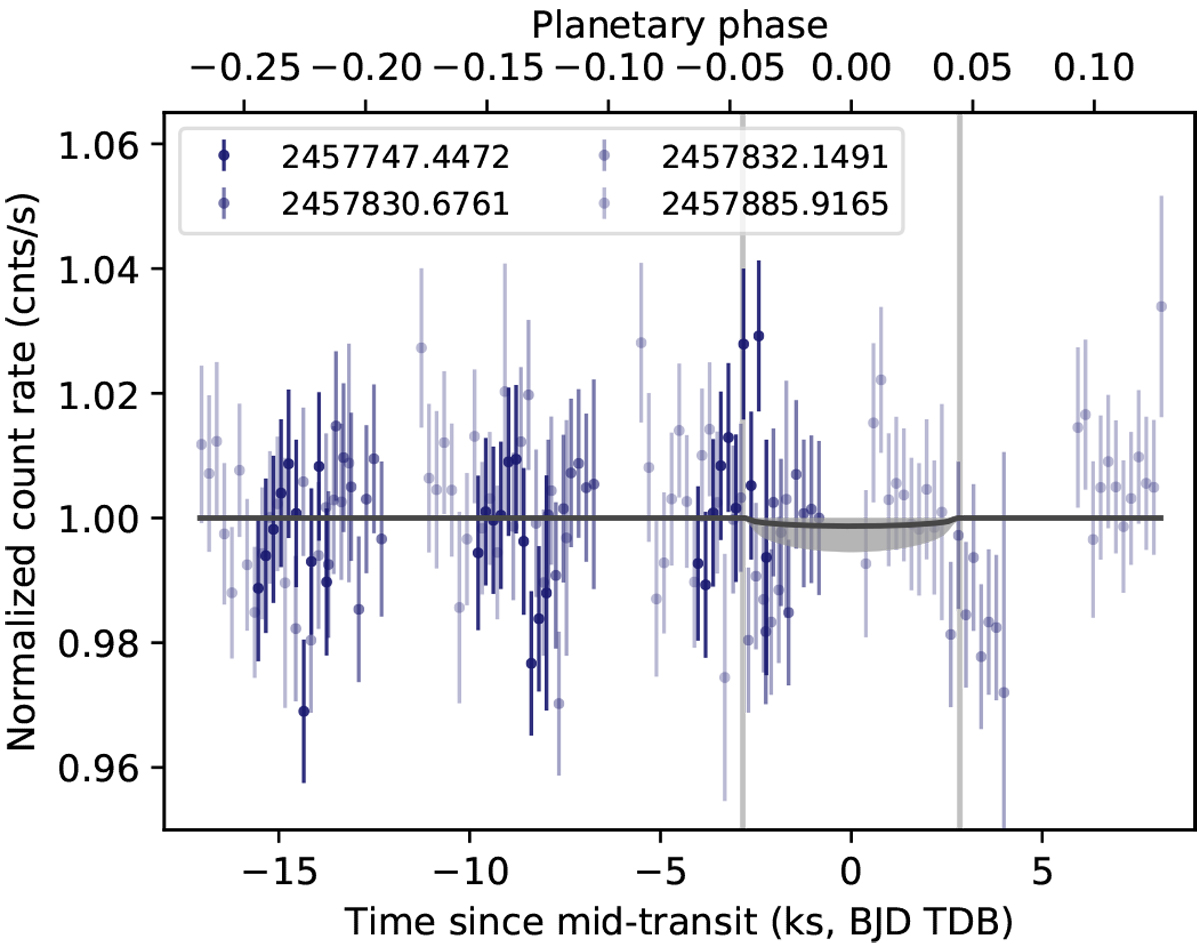