Context. The observation of total and linearly polarized synchrotron radiation of spiral galaxies in the radio continuum reveals the distribution and structure of their magnetic fields. By observing these, information about the proposed dynamo processes that preserve the large-scale magnetic fields in spiral galaxies can be gained. Additionally, by analyzing the synchrotron intensity, the transport processes of cosmic rays into the halo of edge-on spiral galaxies can be investigated.
Aims: We analyze the magnetic field geometry and the transport processes of the cosmic rays of the edge-on spiral starburst galaxy NGC 4666 from CHANG-ES radio data in two frequencies; 6 GHz (C-band) and 1.5 GHz (L-band). Supplementary X-ray data are used to investigate the hot gas in NGC 4666.
Methods: We determine the radio scale heights of total power emission at both frequencies for this galaxy. We show the magnetic field orientations derived from the polarization data. Using rotation measure (RM) synthesis we further study the behavior of the RM values along the disk in C-band to investigate the large-scale magnetic-field pattern. We use the revised equipartition formula to calculate a map of the magnetic field strength. Furthermore, we model the processes of cosmic-ray transport into the halo with the 1D SPINNAKER model.
Results: The extended radio halo of NGC 4666 is box-shaped and is probably produced by the previously observed supernova-driven superwind. This is supported by our finding of an advective cosmic-ray transport such as that expected for a galactic wind. The scale-height analysis revealed an asymmetric halo above and below the disk as well as between the two sides of the major axis. A central point source as well as a bubble structure is seen in the radio data for the first time. Our X-ray data show a box-shaped hot halo around NGC 4666 and furthermore confirm the AGN nature of the central source. NGC 4666 has a large-scale X-shaped magnetic field in the halo, as has been observed in other edge-on galaxies. The analysis furthermore revealed that the disk of NGC 4666 shows hints of field reversals along its radius, which is the first detection of this phenomenon in an external galaxy. 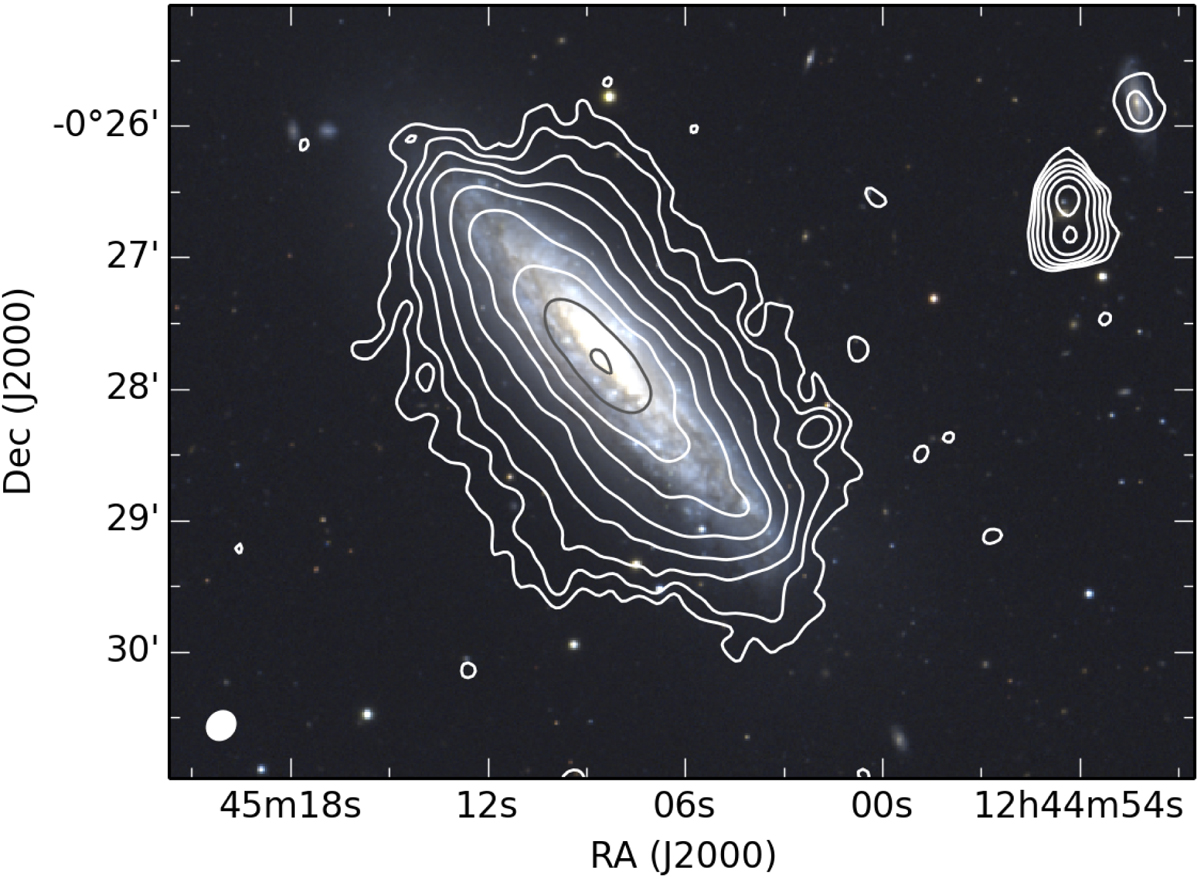