Aims: Our goal is to morphologically classify the sources identified in the images of the J-PLUS early data release (EDR) as compact (stars) or extended (galaxies) using a dedicated Bayesian classifier.
Methods: J-PLUS sources exhibit two distinct populations in the r-band magnitude versus concentration plane, corresponding to compact and extended sources. We modelled the two-population distribution with a skewed Gaussian for compact objects and a log-normal function for the extended objects. The derived model and the number density prior based on J-PLUS EDR data were used to estimate the Bayesian probability that a source is a star or a galaxy. This procedure was applied pointing-by-pointing to account for varying observing conditions and sky positions. Finally, we combined the morphological information from the g, r, and i broad bands in order to improve the classification of low signal-to-noise sources.
Results: The derived probabilities are used to compute the pointing-by-pointing number counts of stars and galaxies. The former increases as we approach the Milky Way disk, and the latter are similar across the probed area. The comparison with SDSS in the common regions is satisfactory up to r 21, with consistent numbers of stars and galaxies, and consistent distributions in concentration and (g-i) colour spaces.
Conclusions: We implement a morphological star/galaxy classifier based on probability distribution function analysis, providing meaningful probabilities for J-PLUS sources to one magnitude deeper (r 21) than a classical Boolean classification. These probabilities are suited for the statistical study of 150 thousand stars and 101 thousand galaxies with 15 < r ≤ 21 present in the 31.7 deg2 of the J-PLUS EDR. In a future version of the classifier, we will include J-PLUS colour information from 12 photometric bands. 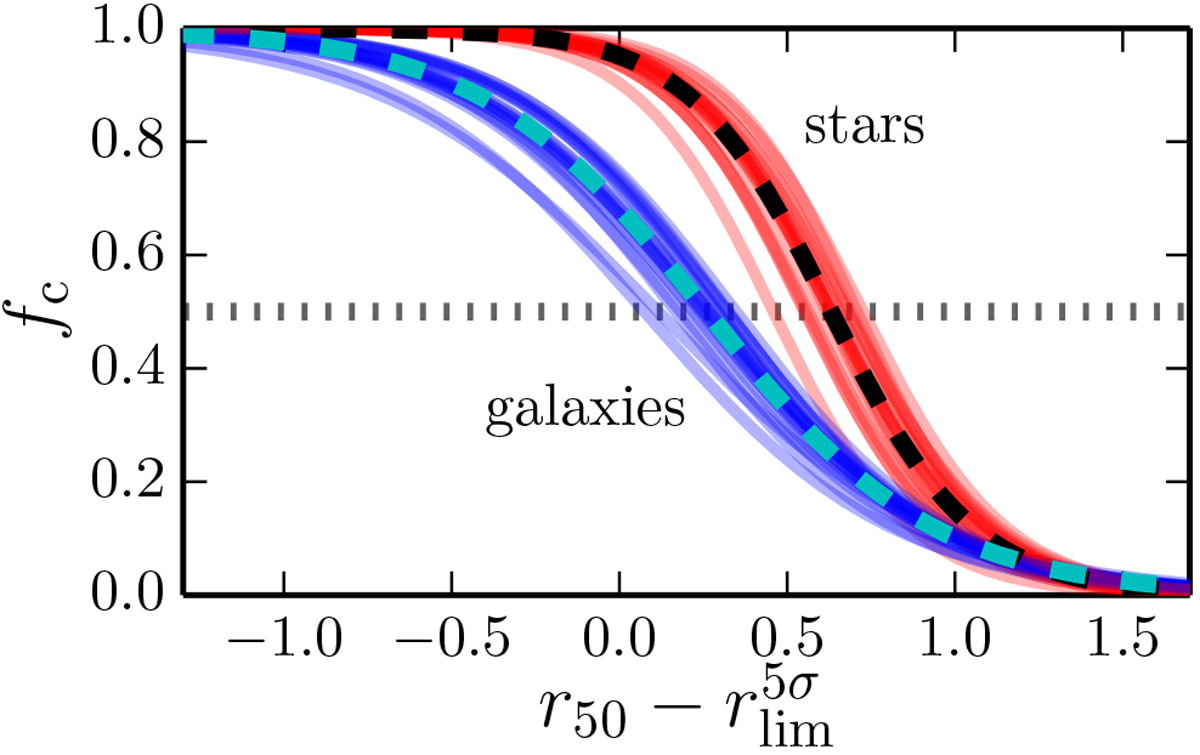