Context. Starspots are important manifestations of stellar magnetic activity. By studying their behaviour in young solar analogues, we can unravel the properties of their magnetic cycles. This gives crucial information of the underlying dynamo process. Comparisons with the solar cycle enable us to infer knowledge about how the solar dynamo has evolved during the Sun's lifetime.
Aims: Here we study the correlation between photometric brightness variations, spottedness, and mean temperature in V889 Her, a young solar analogue. Our data covers 18 years of spectroscopic and 25 years of photometric observations.
Methods: We use Doppler imaging to derive temperature maps from high-resolution spectra. We use the Continuous Period Search method to retrieve mean V-magnitudes from photometric data.
Results: Our Doppler imaging maps show a persistent polar spot structure varying in strength. This structure is centred slightly off the rotational pole. The mean temperature derived from the maps shows an overall decreasing trend, as does the photometric mean brightness, until it reaches its minimum around 2017. The filling factor of cool spots, however, shows only a weak tendency to anti-correlate with the decreasing mean brightness.
Conclusions: We interpret V889 Her to have entered into a grand maximum in its activity. The clear relation between the mean temperature of the Doppler imaging surface maps and the mean magnitude supports the reliability of the Doppler images. The lack of correlation between the mean magnitude and the spottedness may indicate that bright features in the Doppler images are real.

Photometric data are only available at the CDS via anonymous ftp to http://cdsarc.u-strasbg.fr (ftp://130.79.128.5) or via http://cdsarc.u-strasbg.fr/viz-bin/qcat?J/A+A/622/A170Based on observations made with the Nordic Optical Telescope, operated on the island of La Palma jointly by Denmark, Finland, Iceland, Norway, and Sweden, in the Spanish Observatorio del Roque de los Muchachos of the Instituto de Astrofisica de Canarias. Based on observations made with the HARPSpol instrument on the ESO 3.6m telescope at La Silla (Chile), under the programme ID 091.D-0836. 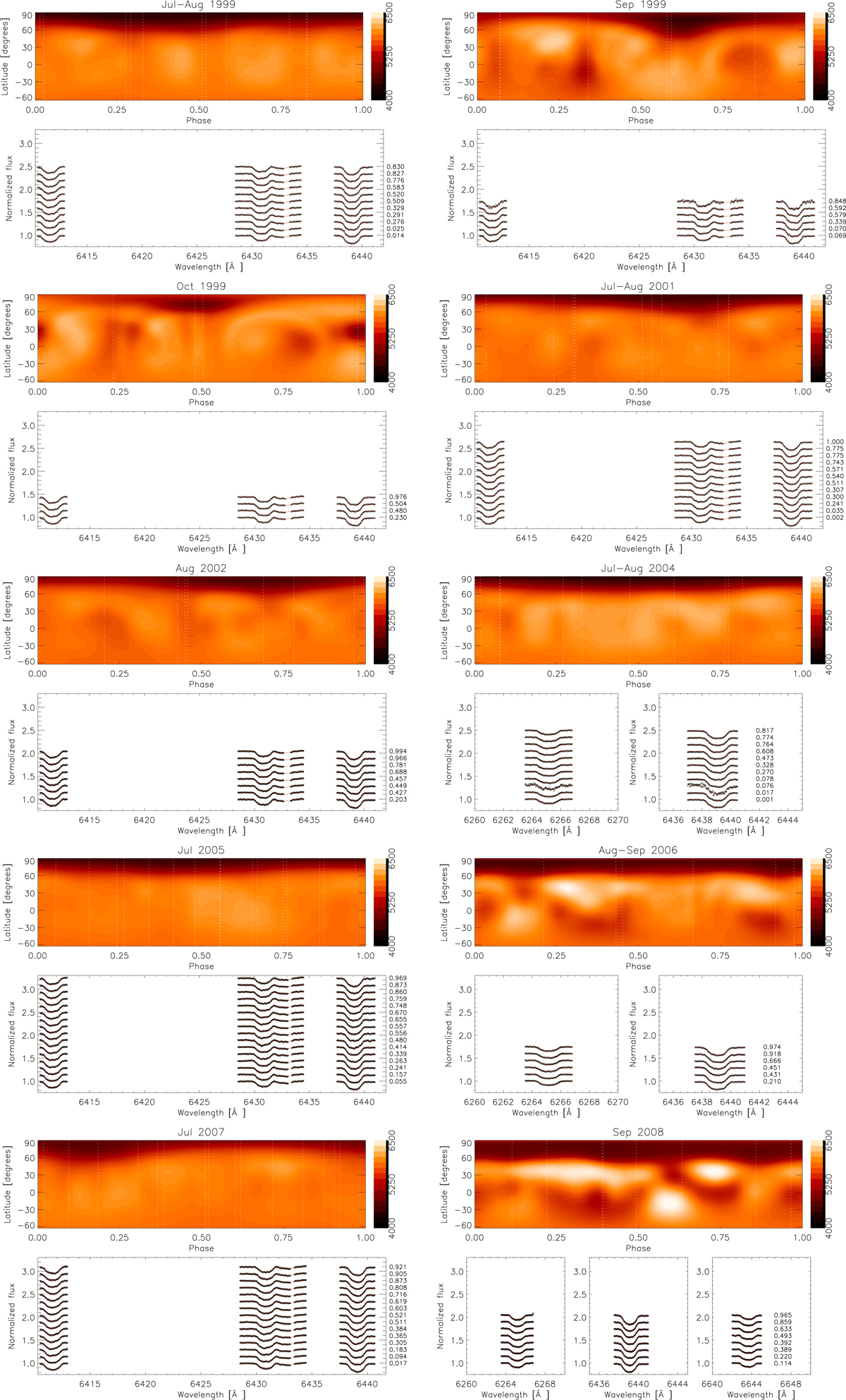