Interplay between pulsation, mass loss, and third dredge-up: More about Miras with and without technetium

Context. We follow-up on a previous finding that AGB Mira variables containing the third dredge-up indicator technetium (Tc) in their atmosphere form a different sequence of K - [22] colour as a function of pulsation period than Miras without Tc. A near- to mid-infrared colour such as K - [22] is a good probe for the dust mass-loss rate of the stars. Contrary to what might be expected, Tc-poor Miras show redder K - [22] colours (i.e. higher dust mass-loss rates) than Tc-rich Miras at a given period.
Aims: Here, the previous sample is extended and the analysis is expanded towards other colours and dust spectra. The most important aim is to investigate if the same two sequences can be revealed in the gas mass-loss rate.
Methods: We analysed new optical spectra and expanded the sample by including more stars from the literature. Near- and mid-IR photometry and ISO dust spectra of our stars were investigated where available. Literature data of gas mass-loss rates of Miras and semi-regular variables were collected and analysed.
Results: Our results show that Tc-poor Miras are redder than Tc-rich Miras in a broad range of the mid-IR, suggesting that the previous finding based on the K - [22] colour is not due to a specific dust feature in the 22 μm band. We establish a linear relation between K - [22] and the gas mass-loss rate. We also find that the 13 μm feature disappears above K - [22]≃2.17 mag, corresponding to Ṁg ˜ 2.6 × 10-7 M⊙ yr-1. No similar sequences of Tc-poor and Tc-rich Miras in the gas mass-loss rate vs. period diagram are found, most probably owing to limitations in the available data.
Conclusions: Different hypotheses to explain the observation of two sequences in the P vs. K - [22] diagram are discussed and tested, but so far, none of them convincingly explains the observations. Nevertheless, we might have found an hitherto unknown but potentially important process influencing mass loss on the TP-AGB. 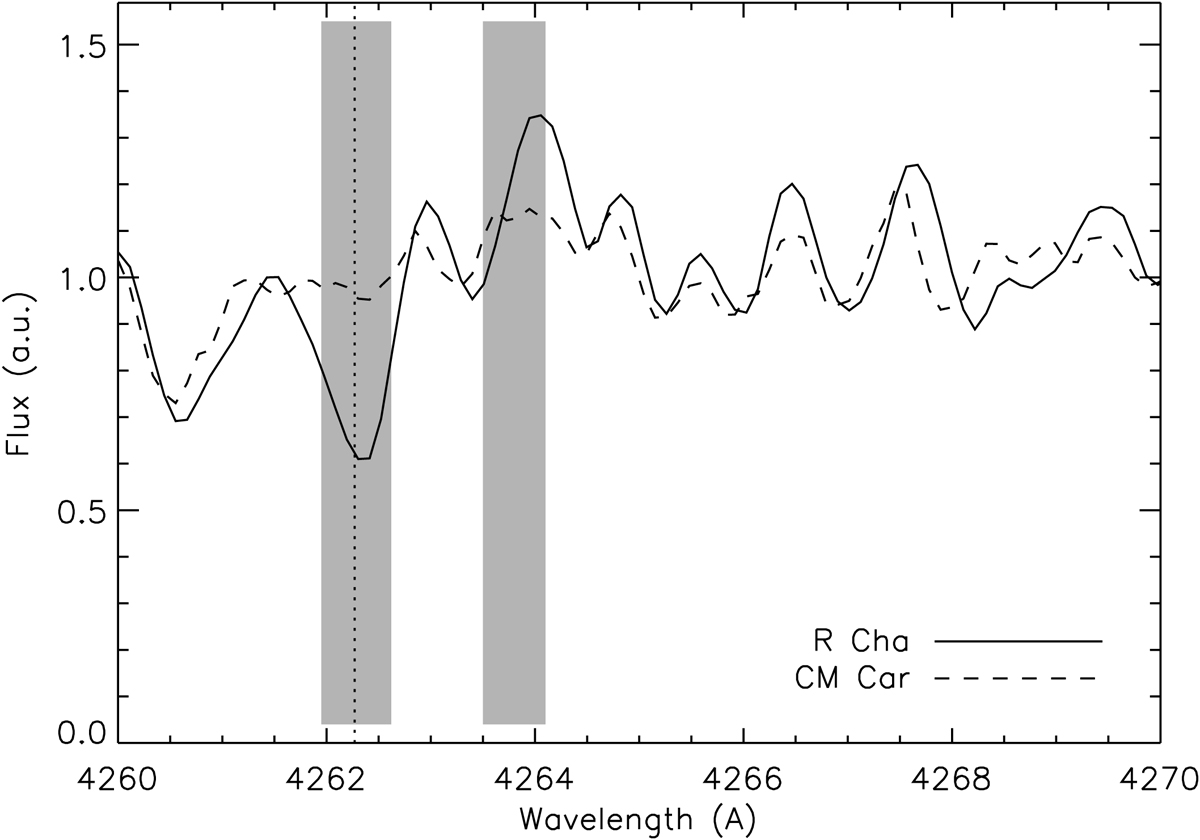