Galaxy populations in the most distant SPT-SZ clusters. I. Environmental quenching in massive clusters at 1.4 ≲ z ≲ 1.7

We present the first results from a galaxy population study in the highest redshift galaxy clusters identified in the 2500 deg2 South Pole Telescope Sunyaev Zel'dovich effect (SPT-SZ) survey, which is sensitive to M500 ≳ 3 × 1014 M⊙ clusters from z ∼ 0.2 out to the highest redshifts where such massive structures exist. The cluster selection is to first order independent of galaxy properties, making the SPT-SZ sample particularly well suited for cluster galaxy population studies. We carried out a four-band imaging campaign with the Hubble and Spitzer Space Telescopes of the five z ≳ 1.4, S/NSZE > 5 clusters, that are among the rarest most massive clusters known at this redshift. All five clusters show clear overdensities of red galaxies whose colors agree with the initial cluster redshift estimates, although one (SPT-CLJ0607-4448) shows a galaxy concentration much less prominent than the others. The highest redshift cluster in this sample, SPT-CLJ0459-4947 at z ∼ 1.72, is the most distant M500 > 1014 M⊙ cluster discovered thus far through its intracluster medium, and is one of only three known clusters in this mass range at z ≳ 1.7, regardless of selection. Based on UVJ-like photometric classification of quiescent and star-forming galaxies, we find that the quiescent fraction in the cluster central regions (r/r500 < 0.7) is higher than in the field at the same redshift, with corresponding environmental quenching efficiencies typically in the range ∼0.5 - 0.8 for stellar masses log(M/M⊙) > 10.85. We have explored the impact of emission from star formation on the selection of this sample, concluding that all five clusters studied here would still have been detected with S/NSZE> 5, even if they had the same quiescent fraction as measured in the field. Our results thus point towards an efficient suppression of star formation in the central regions of the most massive clusters, occurring already earlier than z ∼ 1.5. 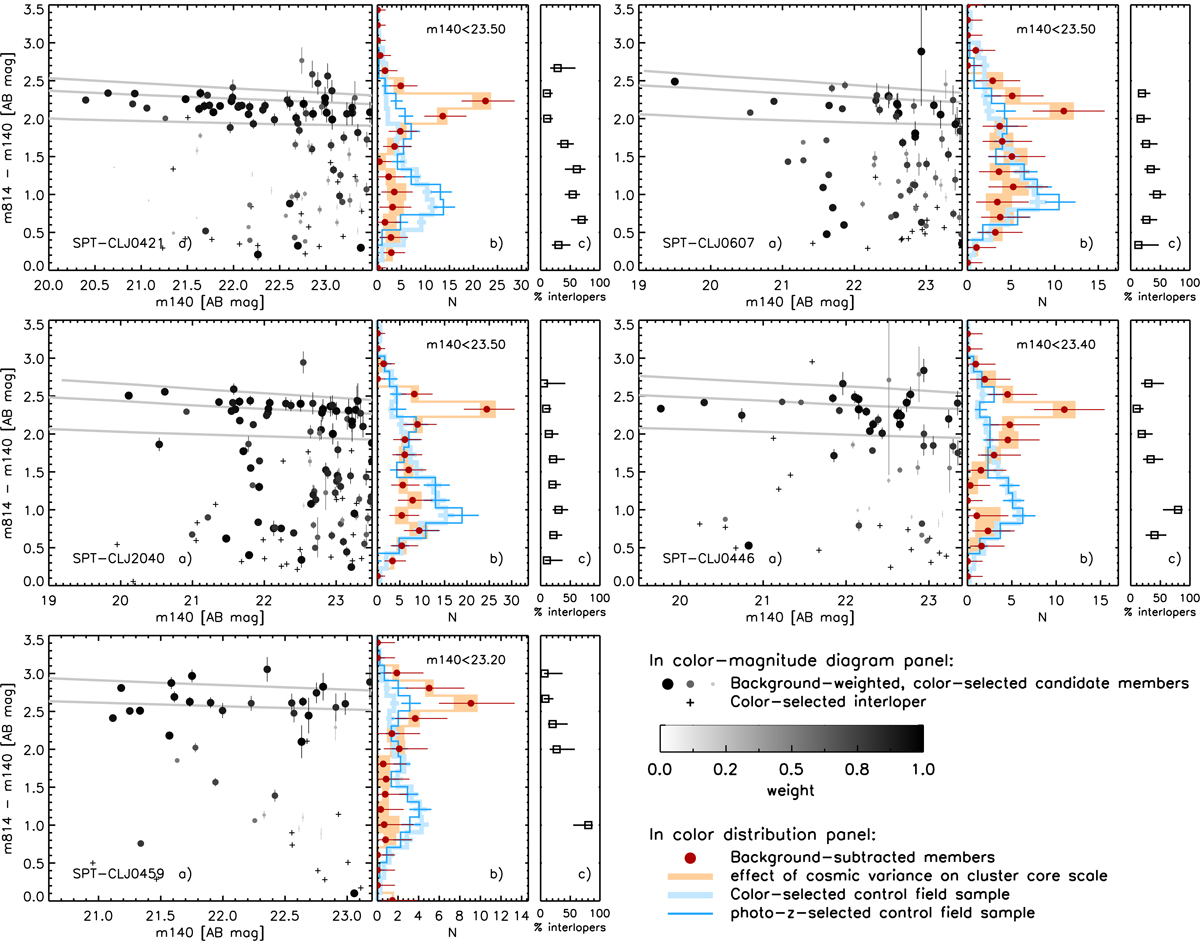