Link between brightest cluster galaxy properties and large scale extensions of 38 DAFT/FADA and CLASH clusters in the redshift range 0.2 < z < 0.9

Context. In the context of large-scale structure formation, clusters of galaxies are located at the nodes of the cosmic web, and continue to accrete galaxies and groups along filaments. In some cases, they show a very large extension and a preferential direction. Brightest cluster galaxies (BCGs) are believed to grow through the accretion of many small galaxies, and their structural properties are therefore expected to vary with redshift. In some cases BCGs show an orientation comparable to that of the cluster to which they belong.
Aims: We analyse the morphological properties of 38 BCGs from the DAFT/FADA and CLASH surveys, and compare the position angles of their major axes to the direction of the cluster elongation at large scale (several Mpc).
Methods: The morphological properties of the BCGs were studied by applying the GALFIT software to HST images and fitting the light distribution with one or two Sérsic laws, or with a Nuker plus a Sérsic law. The cluster elongations at very large scale were estimated by computing density maps of red sequence galaxies.
Results: The morphological analysis of the 38 BCGs shows that in 11 cases a single Sérsic law is sufficient to account for the surface brightness, while for all the other clusters two Sérsic laws are necessary. In five cases, a Nuker plus a Sérsic law give a better fit. For the outer Sérsic component, the effective radius increases with decreasing redshift, and the effective surface brightness decreases with effective radius, following the Kormendy law. An agreement between the major axis of the BCG and the cluster elongation at large scale within ±30 deg is found for 12 clusters out of the 21 for which the PAs of the BCG and of the large-scale structure can be defined.
Conclusions: The variation with redshift of the effective radius of the outer Sérsic component agrees with the growing of BCGs by accretion of smaller galaxies from z = 0.9 to 0.2, and it would be interesting to investigate this variation at higher redshift. The directions of the elongations of BCGs and of their host clusters and large scale structures surrounding them agree for 12 objects out of 21, implying that a larger sample is necessary to reach more definite conclusions. 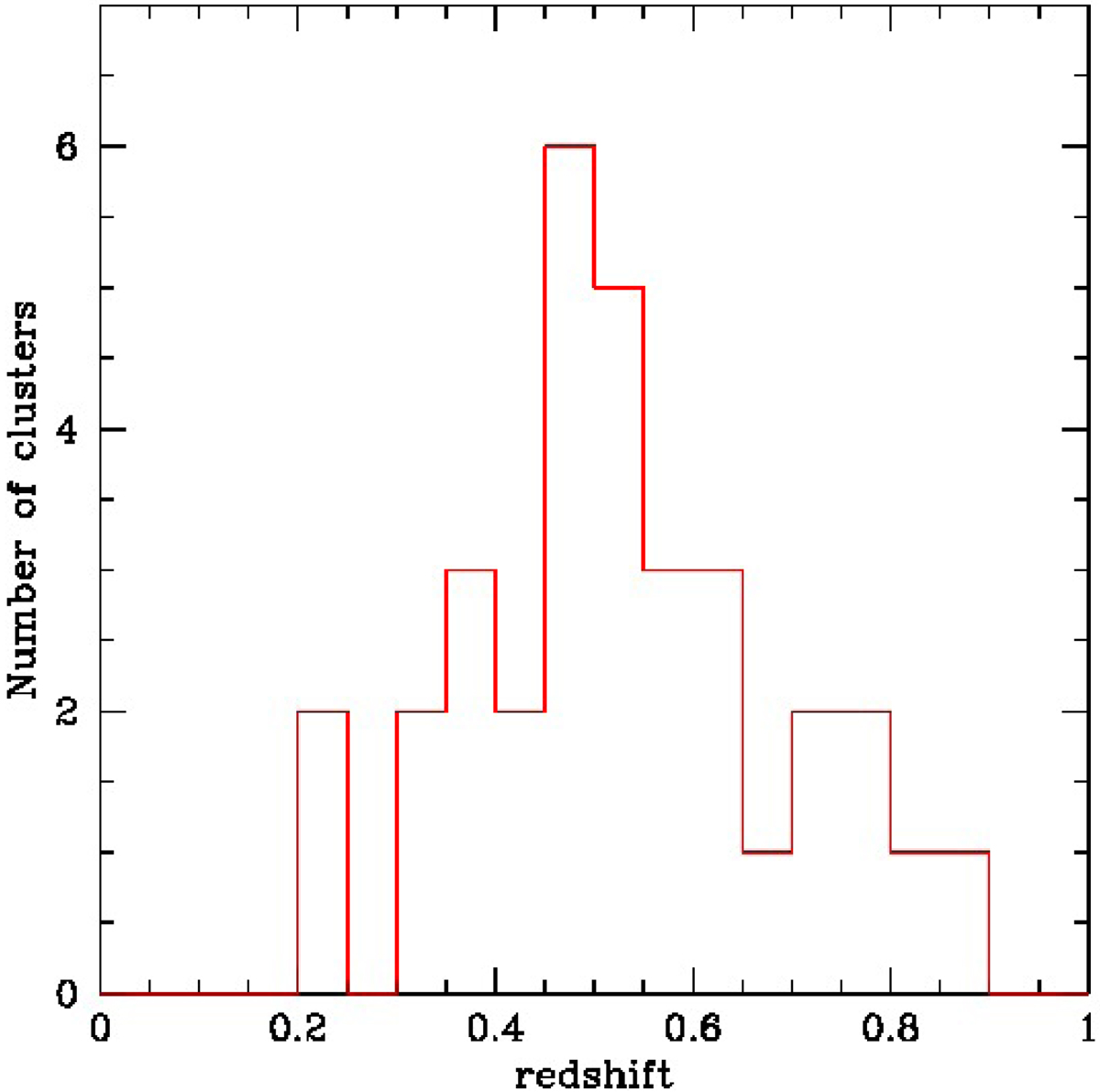