The infrared dark clouds (IRDCs) G11.11-0.12 and G28.34+0.06 are two of the best-studied IRDCs in our Galaxy. These two clouds host clumps at different stages of evolution, including a massive dense clump in both clouds that is dark even at 70 and 100 μm. Such seemingly quiescent massive dense clumps have been speculated to harbor cores that are precursors of high-mass stars and clusters. We observed these two "prestellar" regions at 1 mm with the Submillimeter Array (SMA) with the aim of characterizing the nature of such cores. We show that the clumps fragment into several low- to high-mass cores within the filamentary structure of the enveloping cloud. However, while the overall physical properties of the clump may indicate a starless phase, we find that both regions host multiple outflows. The most massive core though 70 μm dark in both clumps is clearly associated with compact outflows. Such low-luminosity, massive cores are potentially the earliest stage in the evolution of a massive protostar. We also identify several outflow features distributed in the large environment around the most massive core. We infer that these outflows are being powered by young, low-mass protostars whose core mass is below our detection limit. These findings suggest that low-mass protostars have already formed or are coevally formed at the earliest phase of high-mass star formation. 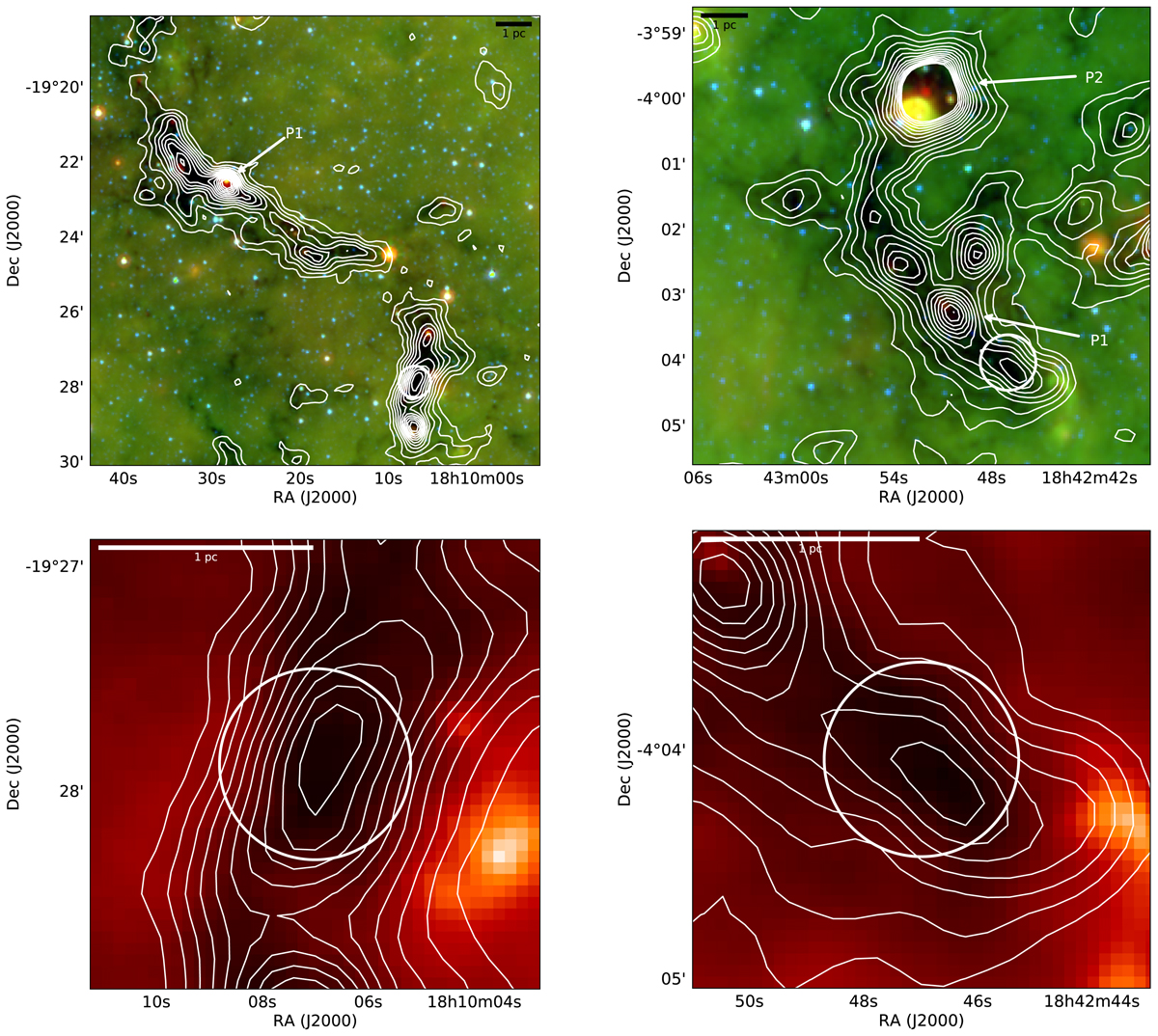