The LoTSS view of radio AGN in the local Universe. The most massive galaxies are always switched on

This paper presents a study of the local radio source population, by cross-comparing the data from the first data release (DR1) of the LOFAR Two-Metre Sky Survey (LoTSS) with the Sloan Digital Sky Survey (SDSS) DR7 main galaxy spectroscopic sample. The LoTSS DR1 provides deep data (median rms noise of 71 μJy at 150 MHz) over 424 square degrees of sky, which is sufficient to detect 10 615 (32 per cent) of the SDSS galaxies over this sky area. An improved method to separate active galactic nuclei (AGN) accurately from sources with radio emission powered by star formation (SF) is developed and applied, leading to a sample of 2121 local (z < 0.3) radio AGN. The local 150 MHz luminosity function is derived for radio AGN and SF galaxies separately, and the good agreement with previous studies at 1.4 GHz suggests that the separation method presented is robust. The prevalence of radio AGN activity is confirmed to show a strong dependence on both stellar and black hole masses, remarkably reaching a fraction of 100 per cent of the most massive galaxies (> 1011 M☉) displaying radio-AGN activity with L150 MHz ≥ 1021 W Hz-1; thus, the most massive galaxies are always switched on at some level. The results allow the full Eddington-scaled accretion rate distribution (a proxy for the duty cycle) to be probed for massive galaxies, and this accretion rate is found to peak at Lmech/LEdd ≈ 10-5. More than 50 per cent of the energy is released during the ≤2 per cent of the time spent at the highest accretion rates, Lmech/LEdd > 10-2.5. Stellar mass is shown to be a more important driver of radio-AGN activity than black hole mass, suggesting a possible connection between the fuelling gas and the surrounding halo. This result is in line with models in which these radio AGN are essential for maintaining the quenched state of galaxies at the centres of hot gas haloes. 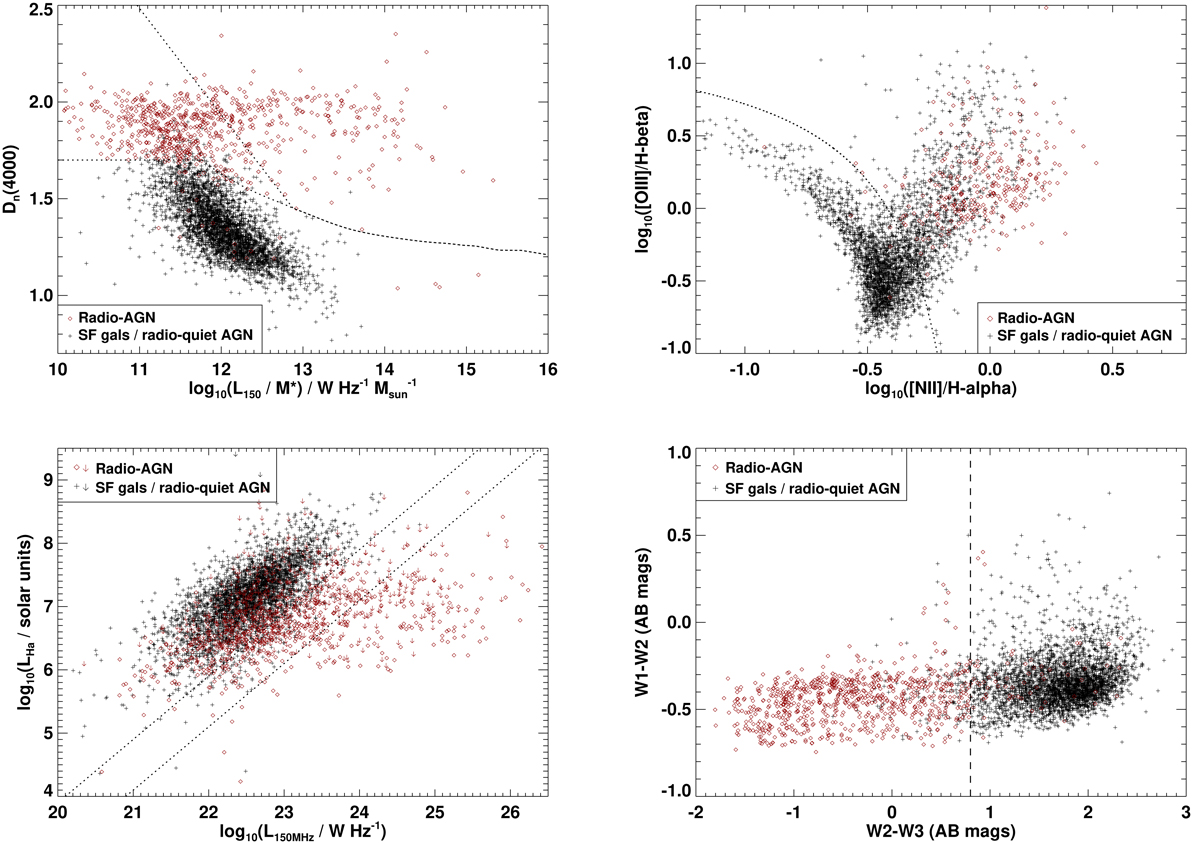