Context. Double-double radio galaxies (DDRGs) represent a short but unique phase in the life-cycle of some of the most powerful radio-loud active galactic nuclei (RLAGN). These galaxies display large-scale remnant radio plasma in the intergalactic medium left behind by a past episode of active galactic nuclei (AGN) activity, and meanwhile, the radio jets have restarted in a new episode. The knowledge of what causes the jets to switch off and restart is crucial to our understanding of galaxy evolution, while it is important to know if DDRGs form a host galaxy dichotomy relative to RLAGN.
Aims: The sensitivity and field of view of LOFAR enables the observation of DDRGs on a population basis rather than single-source observations. Using statistical comparisons with a control sample of RLAGN, we may obtain insights into the nature of DDRGs in the context of their host galaxies, where physical differences in their hosts compared to RLAGN as a population may allow us to infer the conditions that drive restarting jets.
Methods: We utilised the LOFAR Two-Metre Sky Survey (LoTSS) DR1, using a visual identification method to compile a sample of morphologically selected candidate DDRGs, showing two pairs of radio lobes. To confirm the restarted nature in each of the candidate sources, we obtained follow-up observations with the Karl. G. Jansky Very Large Array (VLA) at higher resolution to observe the inner lobes or restarted jets, the confirmation of which created a robust sample of 33 DDRGs. We created a comparison sample of 777 RLAGN, matching the luminosity distribution of the DDRG sample, and compared the optical and infrared magnitudes and colours of their host galaxies.
Results: We find that there is no statistically significant difference in the brightness of the host galaxies between double-doubles and single-cycle RLAGN. The DDRG and RLAGN samples also have similar distributions in WISE mid-infrared colours, indicating similar ages of stellar populations and dust levels in the hosts of DDRGs. We conclude that DDRGs and "normal" RLAGN are hosted by galaxies of the same type, and that DDRG activity is simply a normal part of the life cycle of RLAGN. Restarted jets, particularly for the class of low-excitation radio galaxies, rather than being a product of a particular event in the life of a host galaxy, must instead be caused by smaller scale changes, such as in the accretion system surrounding the black hole. 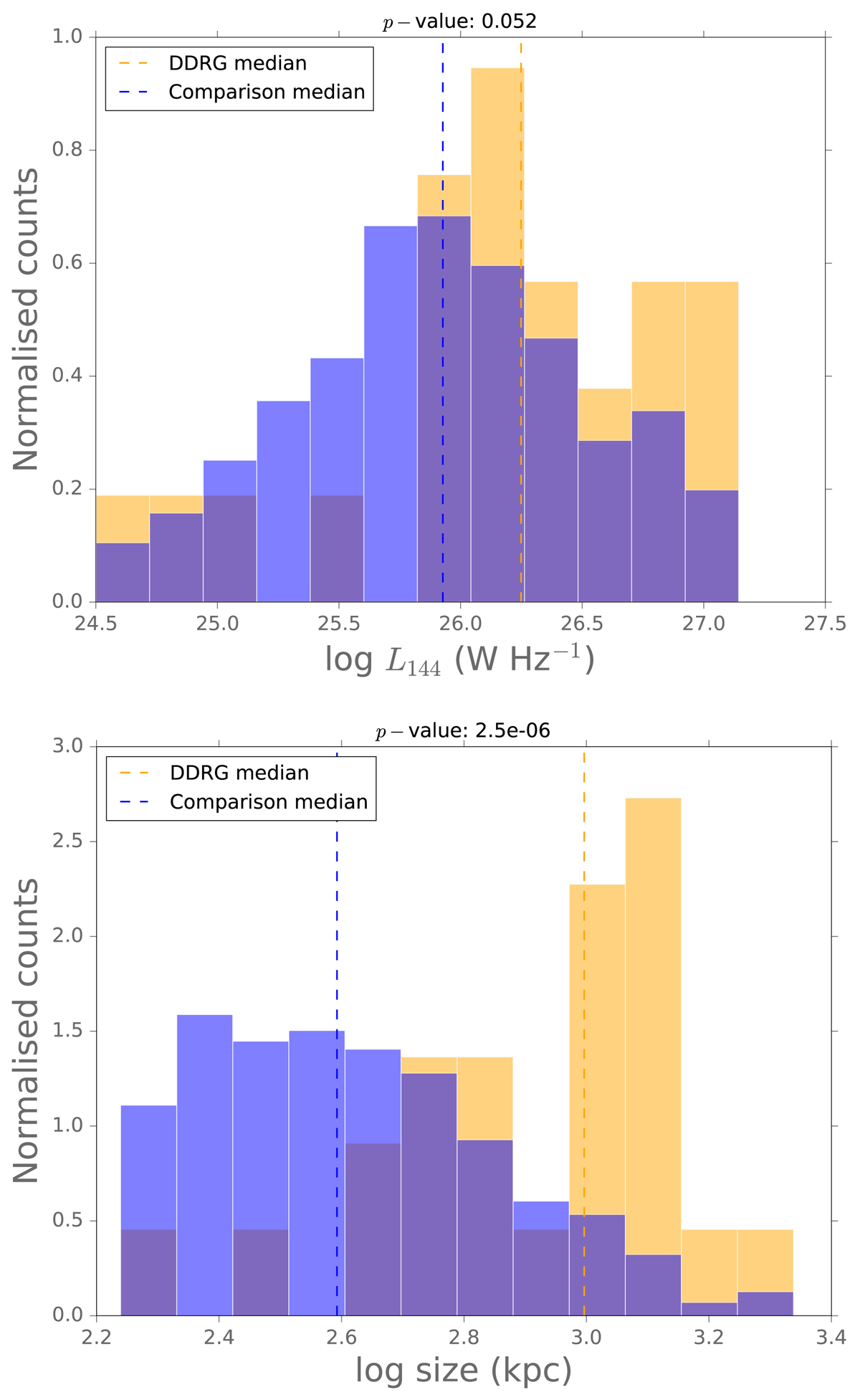