The first detection of radio recombination lines at cosmological distances

Context. Recombination lines involving high principal quantum numbers (n ∼ 50 - 1000) populate the radio spectrum in large numbers. Low-frequency (< 1 GHz) observations of radio recombination lines (RRLs) primarily from carbon and hydrogen offer a new, if not unique, way to probe cold, largely atomic gas and warm, ionised gas in other galaxies. Furthermore, RRLs can be used to determine the physical state of the emitting regions, such as temperature and density. These properties make RRLs, potentially, a powerful tool of extragalactic interstellar medium (ISM) physics. At low radio frequencies, it is conceivable to detect RRLs out to cosmological distances when illuminated by a strong radio continuum. However, they are extremely faint (τpeak ∼ 10-3 - 10-4) and have so far eluded detection outside of the local universe.
Aims: With observations of the radio quasar 3C 190 (z = 1.1946), we aim to demonstrate that the ISM can be explored out to great distances through low-frequency RRLs.
Methods: 3C 190 was observed with the LOw Frequency ARray (LOFAR) and processed using newly developed techniques for spectral analysis.
Results: We report the detection of RRLs in the frequency range 112 MHz-163 MHz in the spectrum of 3C 190. Stacking 13 α-transitions with principal quantum numbers n = 266 - 301, a peak 6σ feature of optical depth τpeak = (1.0 ± 0.2)×10-3 and FWHM = 31.2 ± 8.3 km s-1 was found at z = 1.124. This corresponds to a velocity offset of -9965 km s-1 with respect to the systemic redshift of 3C 190.
Conclusions: We consider three interpretations of the origin of the RRL emission: an intervening dwarf-like galaxy, an active galactic nucleus (AGN) driven outflow, and the inter-galactic medium. We argue that the recombination lines most likely originate in a dwarf-like galaxy (M ∼ 109 M☉) along the line of sight, although we cannot rule out an AGN-driven outflow. We do find the RRLs to be inconsistent with an inter-galactic medium origin. With this detection, we have opened up a new way to study the physical properties of cool, diffuse gas out to cosmological distances. 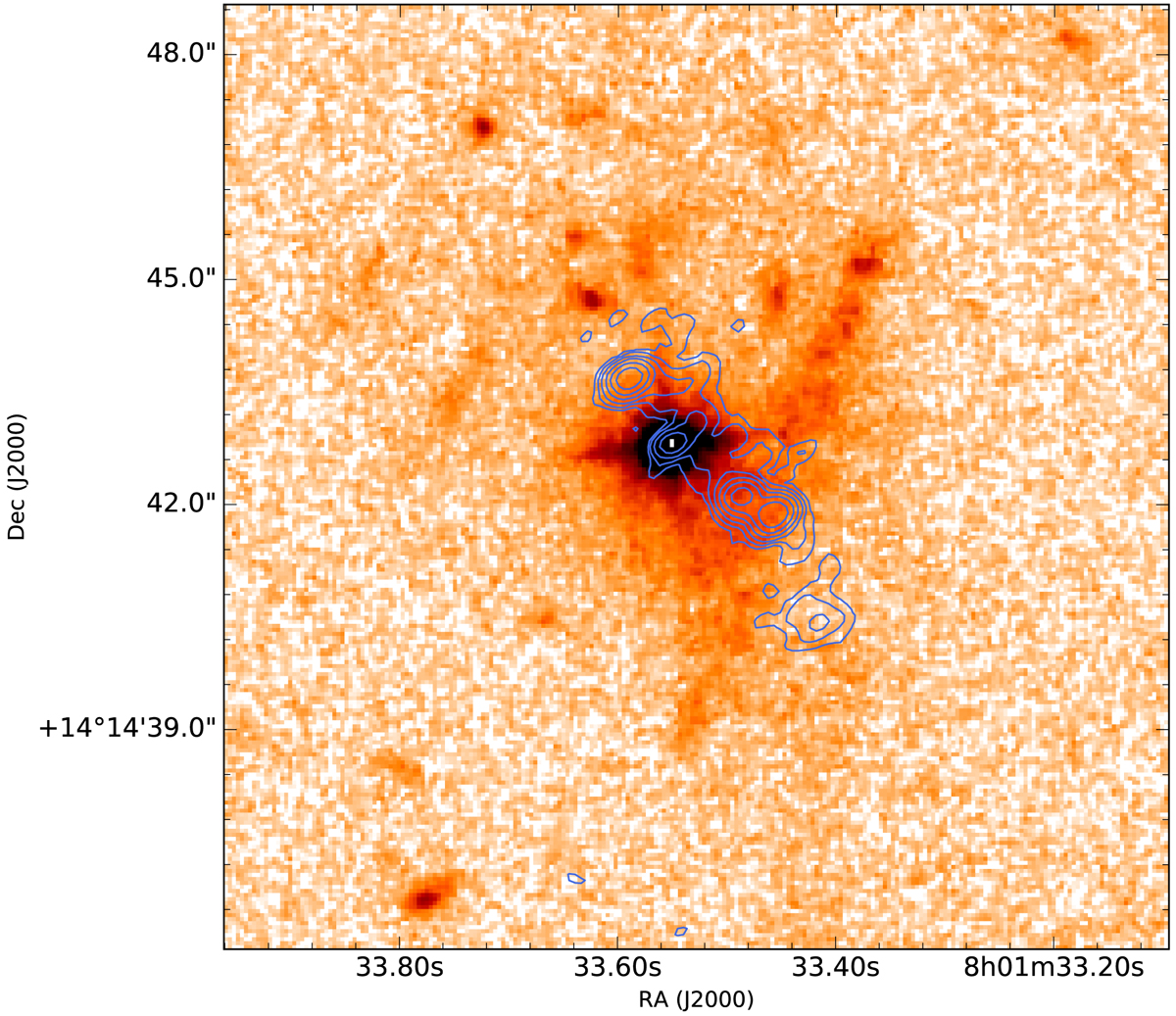