We investigated the mass-to-light vs. color relations (MLCRs) derived from the spatially resolved star formation history of a sample of 452 galaxies observed with integral field spectroscopy in the CALIFA survey. We derived the stellar mass (M⋆) and the stellar mass surface density (Σ⋆) from the combination of full spectral fitting (using different sets of stellar population models) with observed and synthetic colors in optical broad bands. This method allows obtaining the radial structure of the mass-to-light ratio (M/L) at several wavelengths and studying the spatially resolved MLCRs. Our sample covers a wide range of Hubble types from Sc to E, with stellar masses ranging from M⋆ ∼ 108.4 to 1012 M⊙. The scatter in the MLCRs was studied as a function of morphology, stellar extinction, and emission line contribution to the colors. The effects of the initial mass function (IMF) and stellar population models in the MLCRs were also explored. Our main results are that (a) the M/L ratio has a negative radial gradient that is steeper within the central 1 half-light-radius (HLR). It is steeper in Sb-Sbc than in early-type galaxies. (b) The MLCRs between M/L and optical colors were derived with a scatter of ∼0.1 dex. The smallest dispersion was found for the combinations (i, g - r) and (R, B - R). Extinction and emission line contributions do not affect the scatter of these relations. Morphology does not produce a significant effect, except if the general relation is used for galaxies redder than (u - i) > 4 or bluer than (u - i)< 0. (c) The IMF has a large effect on MLCRs, as expected. The change from a Chabrier to a Salpeter IMF produces a median shift of ∼0.29 dex when mass loss from stellar evolution is also taken into account. (d) These MLCRs are in agreement with previous results, in particular for relations with g and r bands and the B and V Johnson systems. 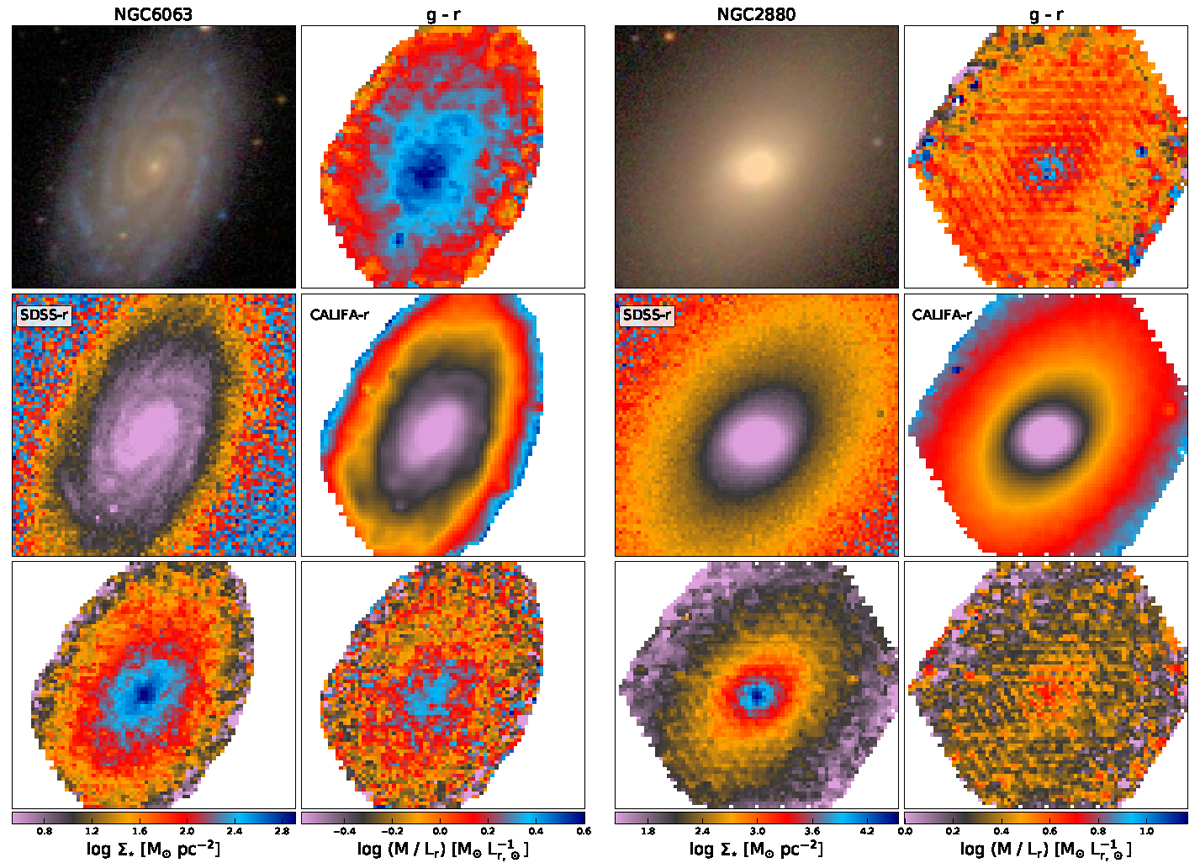