The Galactic WC and WO stars. The impact of revised distances from Gaia DR2 and their role as massive black hole progenitors

Wolf-Rayet stars of the carbon sequence (WC stars) are an important cornerstone in the late evolution of massive stars before their core collapse. As core-helium burning, hydrogen-free objects with huge mass-loss, they are likely the last observable stage before collapse and thus promising progenitor candidates for type Ib/c supernovae. Their strong mass-loss furthermore provides challenges and constraints to the theory of radiatively driven winds. Thus, the determination of the WC star parameters is of major importance for several astrophysical fields. With Gaia DR2, for the first time parallaxes for a large sample of Galactic WC stars are available, removing major uncertainties inherent to earlier studies. In this work, we re-examine a previously studied sample of WC stars to derive key properties of the Galactic WC population. All quantities depending on the distance are updated, while the underlying spectral analyzes remain untouched. Contrasting earlier assumptions, our study yields that WC stars of the same subtype can significantly vary in absolute magnitude. With Gaia DR2, the picture of the Galactic WC population becomes more complex: We obtain luminosities ranging from logL/L⊙ = 4.9-6.0 with one outlier (WR 119) having logL/L⊙ = 4.7. This indicates that the WC stars are likely formed from a broader initial mass range than previously assumed. We obtain mass-loss rates ranging between log Ṁ = -5.1 and -4.1, with Ṁ ∝ L0.68 and a linear scaling of the modified wind momentum with luminosity. We discuss the implications for stellar evolution, including unsolved issues regarding the need of envelope inflation to address the WR radius problem, and the open questions in regard to the connection of WR stars with Gamma-ray bursts. WC and WO stars are progenitors of massive black holes, collapsing either silently or in a supernova that most-likely has to be preceded by a WO stage. 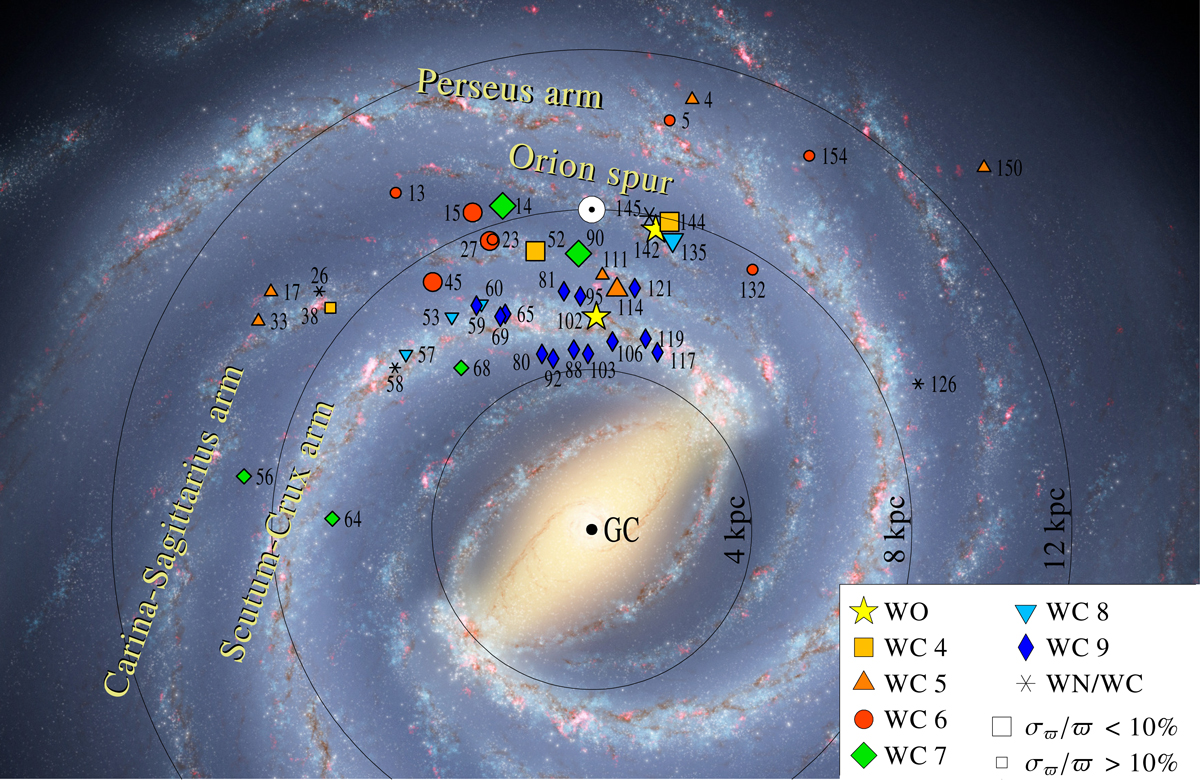