The galaxy cluster system RXCJ0225.9-4154 with the two sub-clusters A3016 and A3017 is embedded in a large-scale structure filament with signatures of filamentary accretion. In a Chandra observation of this system at a redshift of z = 0.2195 we detect both clusters in X-rays. In addition we detect a filament of X-ray emission connecting the two clusters and a galaxy group therein. The main cluster, A3017, shows indications of shocks most probably from a recent interaction with cluster components along the filament axis as well as a cold front at about 150 kpc from the cluster centre. The filament between the two clusters is likely to be heated by the accretion shocks of the clusters. We discuss two scenarios for the origin of the X-ray filament between the two clusters. In the first scenario the material of the filament has been ripped off of A3017 during the fly-by of A3016 and is now trailing the latter sub-cluster. Support for this scenario is a gas deficit on the eastern side of A3017. In the second scenario the filament between the two clusters does not come from either of them, but a significant contribution could come from the galaxy group located inside and the entire structure is on its first collapse. We favour the second explanation as the gas mass in the filament seems to be too large to be supplied by the interaction of the two Abell clusters. The paper describes many properties of the components of this cluster merger system that are used to assist the interpretation of the observed configuration. 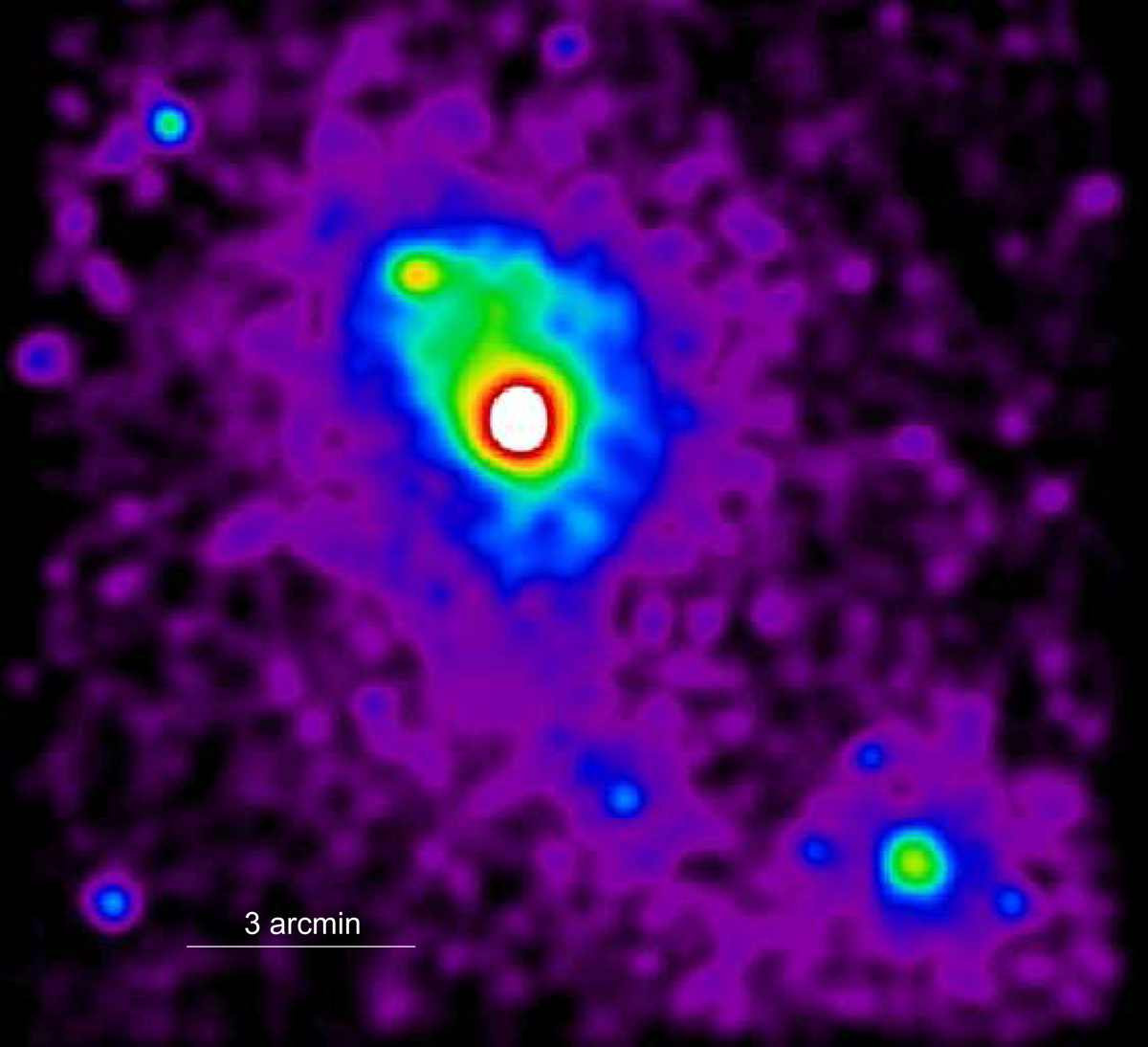