The luminous late-time emission of the type-Ic supernova iPTF15dtg - evidence for powering from a magnetar?

Context. The transient iPTF15dtg is a type-Ic supernova (SN) showing a broad light curve around maximum light, consistent with massive ejecta if we assume a radioactive-powering scenario.
Aims: We aim to study the late-time light curve of iPTF15dtg, which turned out to be extraordinarily luminous for a stripped-envelope (SE) SN, and investigate possible powering mechanisms.
Methods: We compare the observed light curves to those of other SE SNe and also to models for the 56Co decay. We analyze and compare the spectra to nebular spectra of other SE SNe. We build a bolometric light curve and fit it with different models, including powering by radioactivity, magnetar powering, and a combination of the two.
Results: Between 150 and 750 d post-explosion, the luminosity of iPTF15dtg declined by merely two magnitudes instead of the six magnitudes expected from 56Co decay. This is the first spectroscopically regular SE SN found to show this behavior. The model with both radioactivity and magnetar powering provides the best fit to the light curve and appears to be the most realistic powering mechanism. An alternative mechanism might be circumstellar-medium (CSM) interaction. However, the spectra of iPTF15dtg are very similar to those of other SE SNe, and do not show signs of strong CSM interaction.
Conclusions: The object iPTF15dtg is the first spectroscopically regular SE SN whose light curve displays such clear signs of a magnetar contributing to its late-time powering. Given this result, the mass of the ejecta needs to be revised to a lower value, and therefore the progenitor mass could be significantly lower than the previously estimated > 35 M☉. 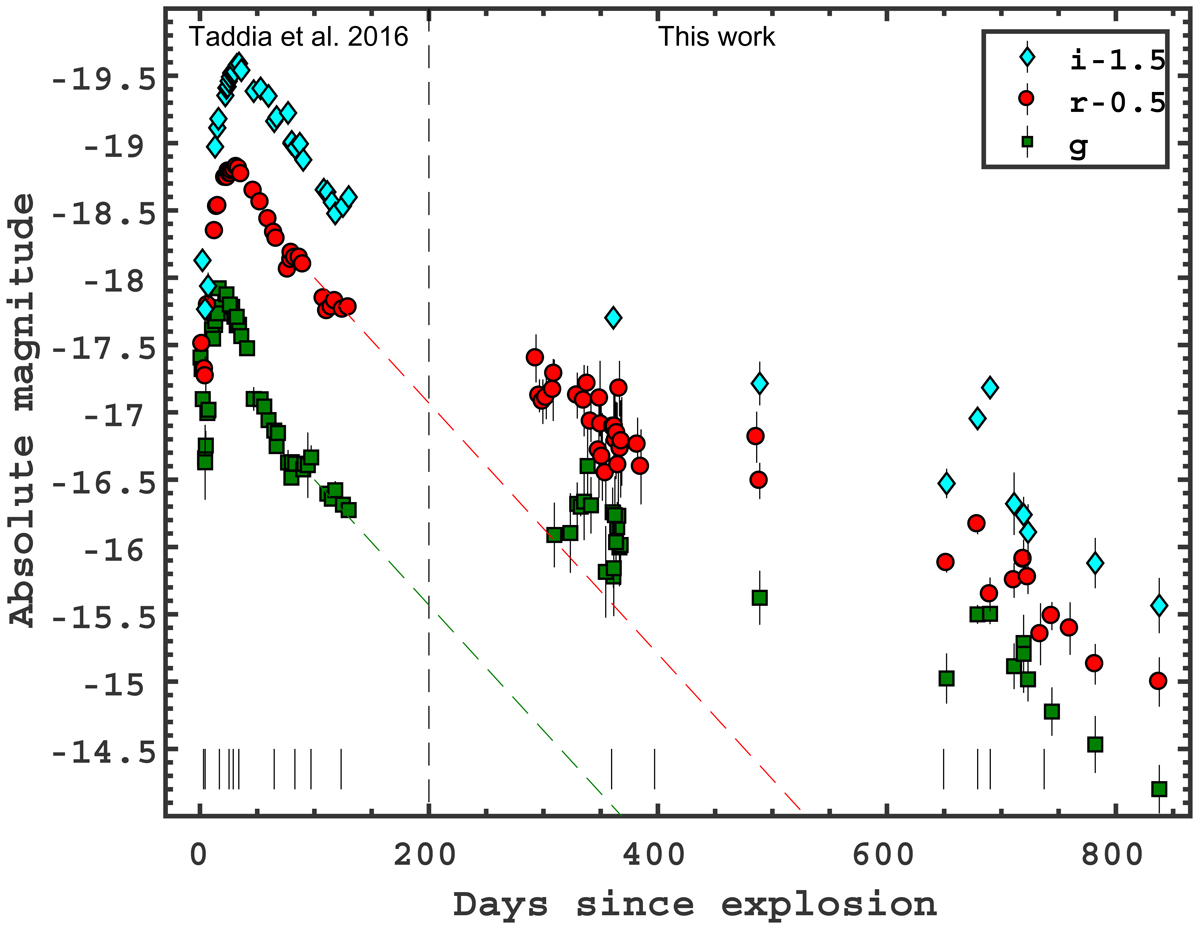