Context. HD 149 404 is an evolved non-eclipsing O-star binary that has previously undergone a Roche lobe overflow interaction.
Aims: Understanding some key properties of the system requires a determination of the orbital inclination and of the dimensions of the components.
Methods: The BRITE-Heweliusz satellite was used to collect photometric data of HD 149 404. Additional photometry was retrieved from the SMEI archive. These data were analysed using a suite of period search tools. The orbital part of the lightcurve was modelled with the nightfall binary star code. The Gaia-DR2 parallax of HD 149 404 was used to provide additional constraints.
Results: The periodograms reveal a clear orbital modulation of the lightcurve with a peak-to-peak amplitude near 0.04 mag. The remaining non-orbital part of the variability is consistent with red noise. The lightcurve folded with the orbital period reveals ellipsoidal variations, but no eclipses. The minimum when the secondary star is in inferior conjunction is deeper than the other minimum due to mutual reflection effects between the stars. Combined with the Gaia-DR2 parallaxes, the photometric data indicate an orbital inclination in the range of 23°-31° and a Roche lobe filling factor of the secondary larger than or equal to 0.96.
Conclusions: The luminosity of the primary star is consistent with its present-day mass, whereas the more evolved secondary appears overluminous for its mass. We confirm that the primary's rotation period is about half the orbital period. Both features most probably stem from the past Roche lobe overflow episode. 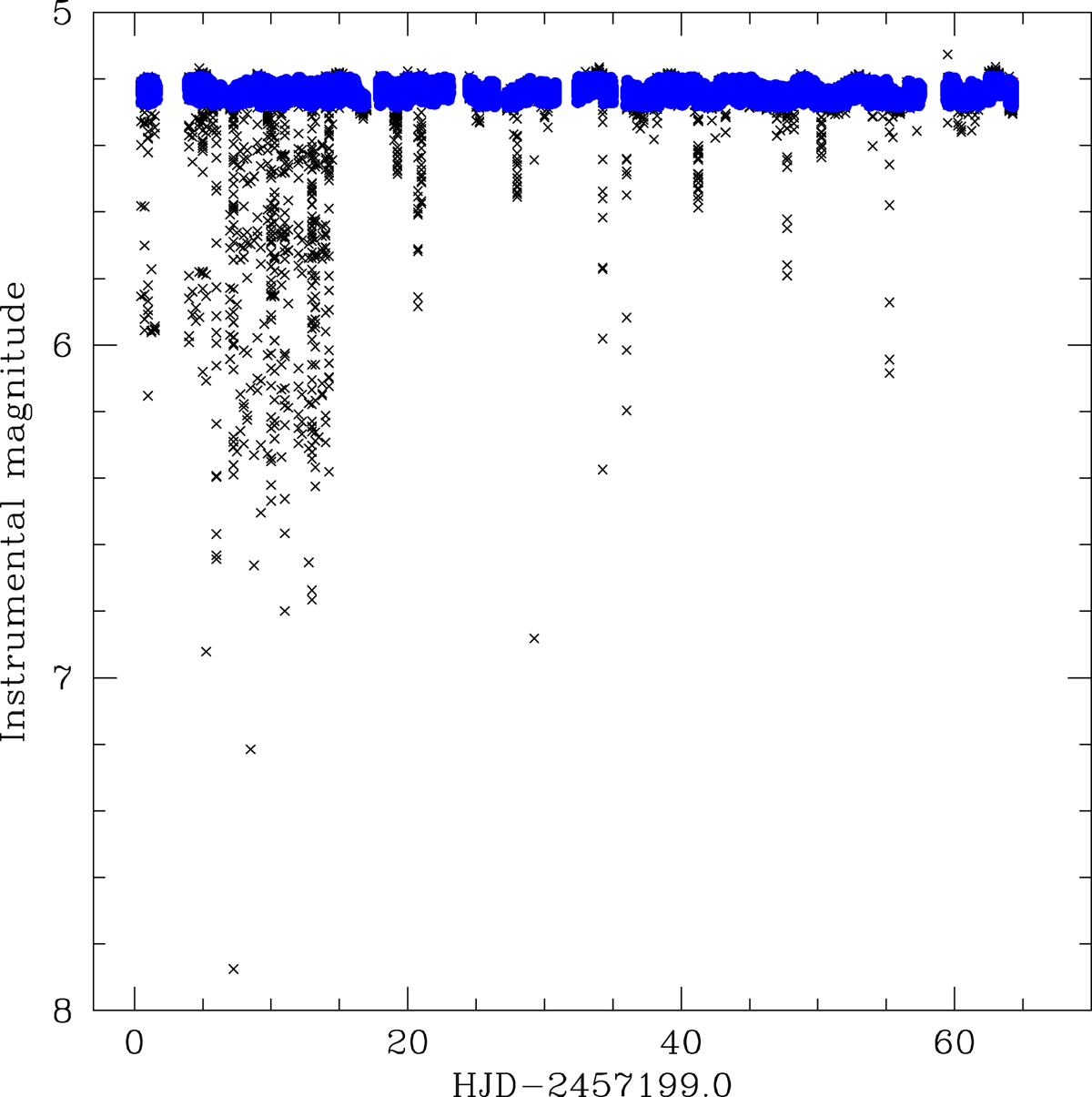