Ultra-hot Jupiters are emerging as a new class of exoplanets. Studying their chemical compositions and temperature structures will improve our understanding of their mass loss rate as well as their formation and evolution. We present the detection of ionized calcium in the two hottest giant exoplanets - KELT-9b and WASP-33b. By using transit datasets from CARMENES and HARPS-N observations, we achieved high-confidence-level detections of Ca II using the cross-correlation method. We further obtain the transmission spectra around the individual lines of the Ca II H&K doublet and the near-infrared triplet, and measure their line profiles. The Ca II H&K lines have an average line depth of 2.02 ± 0.17% (effective radius of 1.56 Rp) for WASP-33b and an average line depth of 0.78 ± 0.04% (effective radius of 1.47 Rp) for KELT-9b, which indicates that the absorptions are from very high upper-atmosphere layers close to the planetary Roche lobes. The observed Ca II lines are significantly deeper than the predicted values from the hydrostatic models. Such a discrepancy is probably a result of hydrodynamic outflow that transports a significant amount of Ca II into the upper atmosphere. The prominent Ca II detection with the lack of significant Ca I detection implies that calcium is mostly ionized in the upper atmospheres of the two planets. 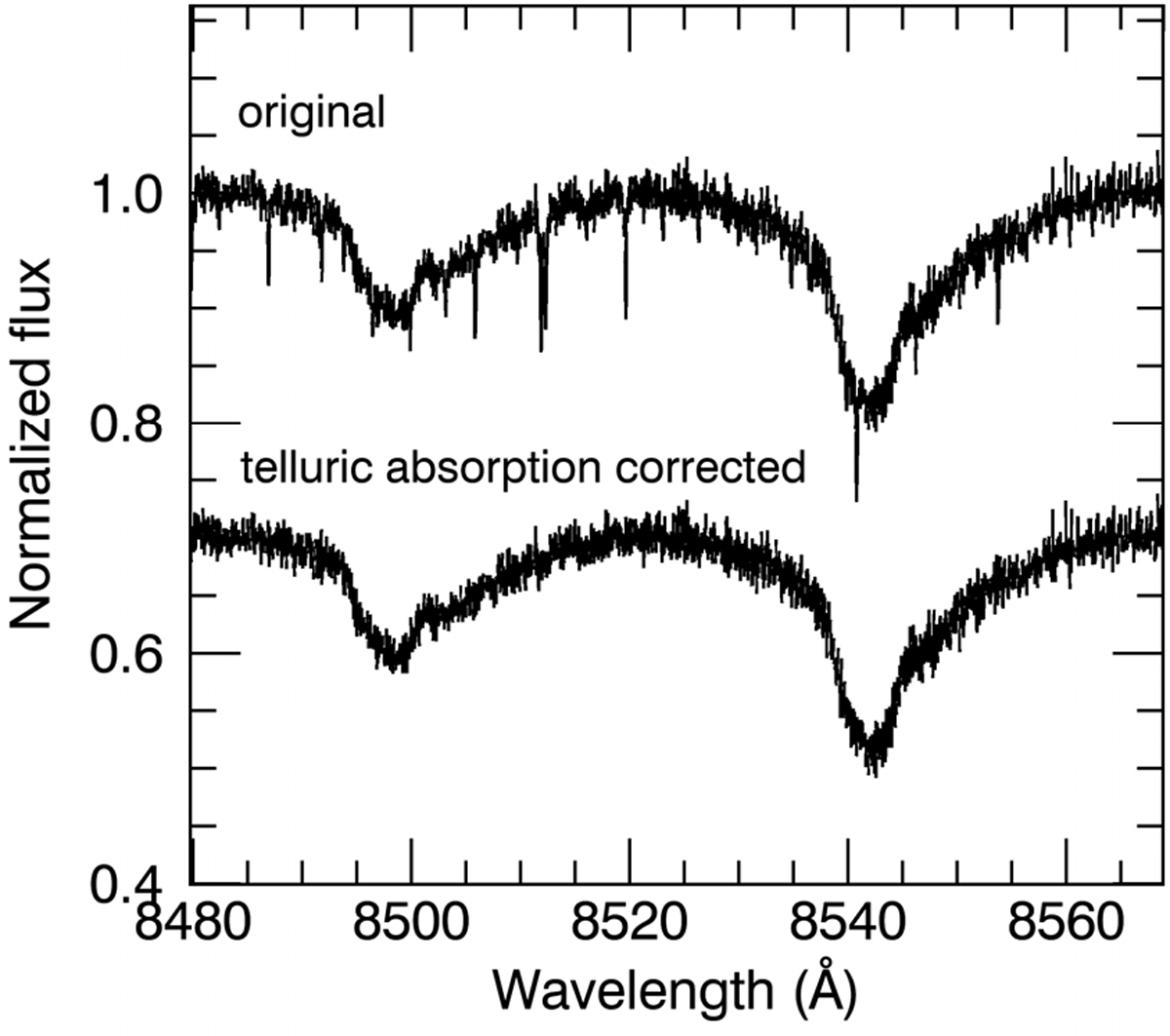