The atmospheres of close-in planets are strongly influenced by mass loss driven by the high-energy (X-ray and extreme ultraviolet, EUV) irradiation of the host star, particularly during the early stages of evolution. We recently developed a framework to exploit this connection and enable us to recover the past evolution of the stellar high-energy emission from the present-day properties of its planets, if the latter retain some remnants of their primordial hydrogen-dominated atmospheres. Furthermore, the framework can also provide constraints on planetary initial atmospheric mass fractions. The constraints on the output parameters improve when more planets can be simultaneously analysed. This makes the Kepler-11 system, which hosts six planets with bulk densities between 0.66 and 2.45 g cm-3, an ideal target. Our results indicate that the star has likely evolved as a slow rotator (slower than 85% of the stars with similar masses), corresponding to a high-energy emission at 150 Myr of between 1 and 10 times that of the current Sun. We also constrain the initial atmospheric mass fractions for the planets, obtaining a lower limit of 4.1% for planet c, a range of 3.7-5.3% for planet d, a range of 11.1-14% for planet e, a range of 1-15.6% for planet f, and a range of 4.7-8.7% for planet g assuming a disc dispersal time of 1 Myr. For planet b, the range remains poorly constrained. Our framework also suggests slightly higher masses for planets b, c, and f than have been suggested based on transit timing variation measurements. We coupled our results with published planet atmosphere accretion models to obtain a temperature (at 0.25 AU, the location of planet f) and dispersal time of the protoplanetary disc of 550 K and 1 Myr, although these results may be affected by inconsistencies in the adopted system parameters. This work shows that our framework is capable of constraining important properties of planet formation models. 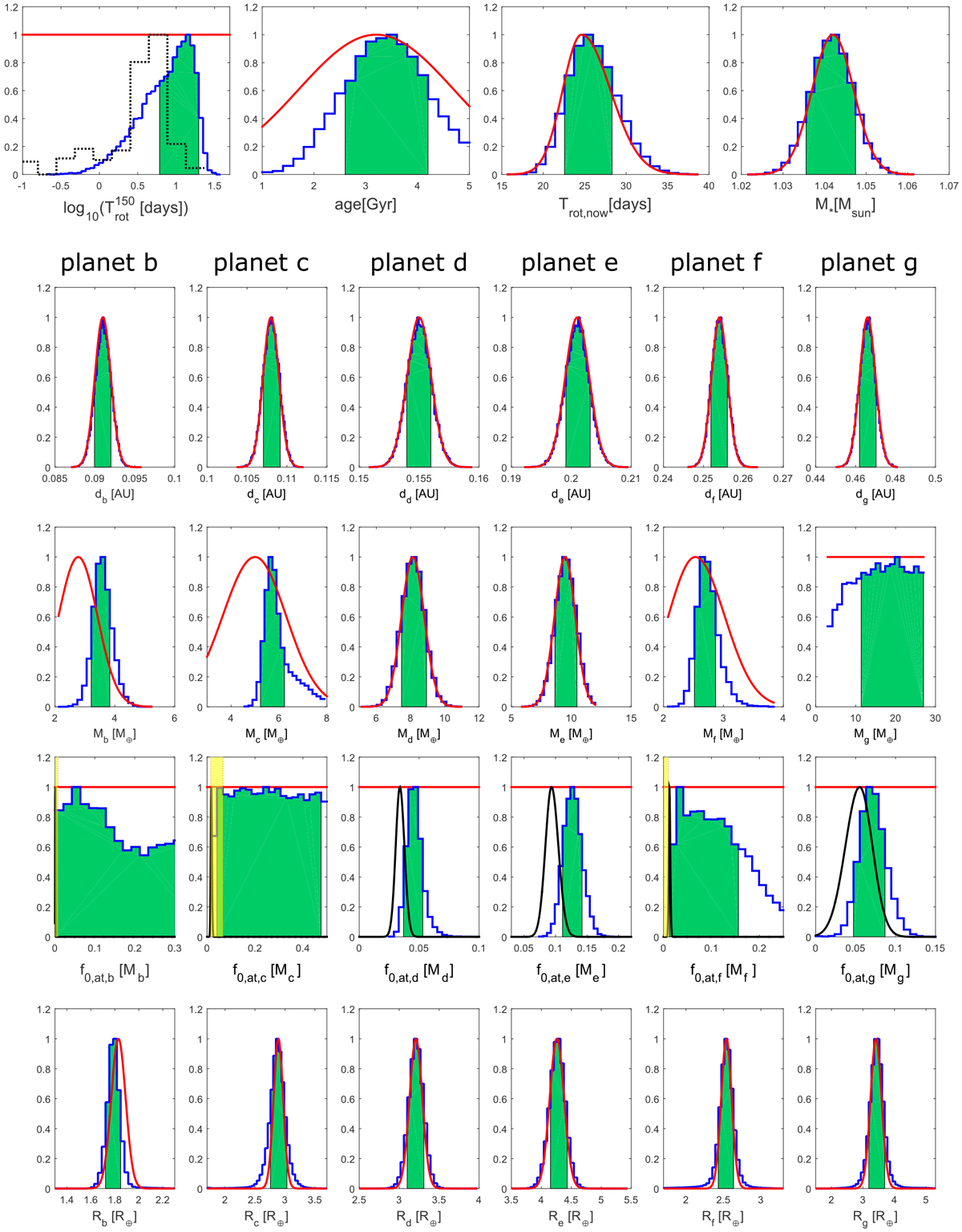