SPHERE: the exoplanet imager for the Very Large Telescope

Observations of circumstellar environments that look for the direct signal of exoplanets and the scattered light from disks have significant instrumental implications. In the past 15 years, major developments in adaptive optics, coronagraphy, optical manufacturing, wavefront sensing, and data processing, together with a consistent global system analysis have brought about a new generation of high-contrast imagers and spectrographs on large ground-based telescopes with much better performance. One of the most productive imagers is the Spectro-Polarimetic High contrast imager for Exoplanets REsearch (SPHERE), which was designed and built for the ESO Very Large Telescope (VLT) in Chile. SPHERE includes an extreme adaptive optics system, a highly stable common path interface, several types of coronagraphs, and three science instruments. Two of them, the Integral Field Spectrograph (IFS) and the Infra-Red Dual-band Imager and Spectrograph (IRDIS), were designed to efficiently cover the near-infrared range in a single observation for an efficient search of young planets. The third instrument, ZIMPOL, was designed for visible polarimetric observation to look for the reflected light of exoplanets and the light scattered by debris disks. These three scientific instruments enable the study of circumstellar environments at unprecedented angular resolution, both in the visible and the near-infrared. In this work, we thoroughly present SPHERE and its on-sky performance after four years of operations at the VLT. 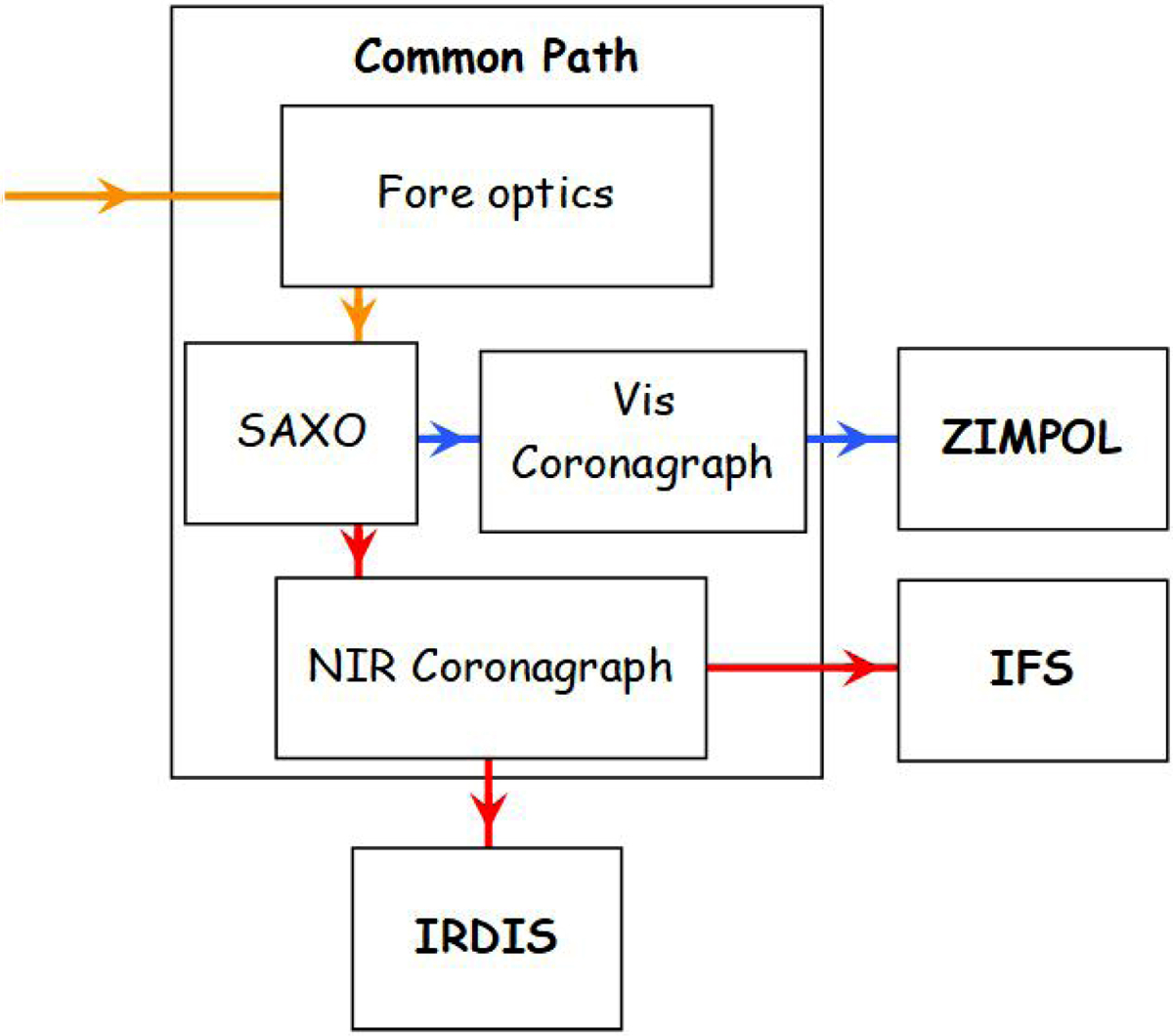