Context. The hydrogen fluoride (HF) molecule is seen in absorption in the interstellar medium (ISM) along many lines of sight. Surprisingly, it is observed in emission toward the Orion Bar, which is an interface between the ionized region around the Orion Trapezium stars and the Orion molecular cloud.
Aims: We aim to understand the origin of HF emission in the Orion Bar by comparing its spatial distribution with other tracers. We examine three mechanisms to explain the HF emission: thermal excitation, radiative dust pumping, and chemical pumping.
Methods: We used a Herschel/HIFI strip map of the HF J = 1 → 0 line, covering 0.5' by 1.5' that is oriented perpendicular to the Orion Bar. We used the RADEX non-local thermodynamic equilibrium (non-LTE) code to construct the HF column density map. We use the Meudon PDR code to explain the morphology of HF.
Results: The bulk of the HF emission at 10 km s-1 emerges from the CO-dark molecular gas that separates the ionization front from the molecular gas that is deeper in the Orion Bar. The excitation of HF is caused mainly by collisions with H2 at a density of 105 cm-3 together with a small contribution of electrons in the interclump gas of the Orion Bar. Infrared pumping and chemical pumping are not important.
Conclusions: We conclude that the HF J = 1 → 0 line traces CO-dark molecular gas. Similarly, bright photodissociation regions associated with massive star formation may be responsible for the HF emission observed toward active galactic nuclei. 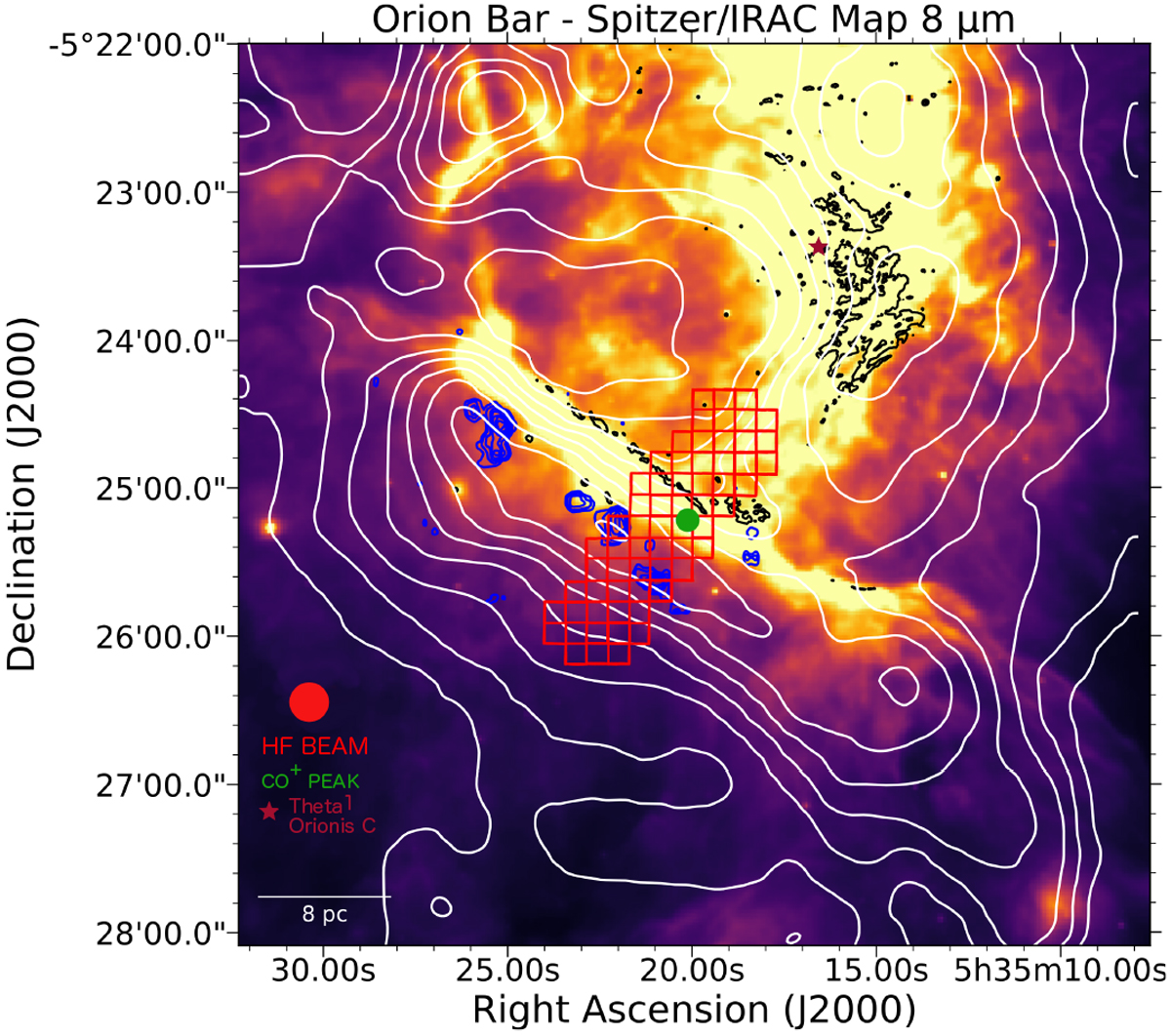