Context. A terrestrial planet is molten during formation and may remain molten due to intense insolation or tidal forces. Observations favour the detection and characterisation of hot planets, potentially with large outgassed atmospheres.
Aims: We aim to determine the radius of hot Earth-like planets with large outgassing atmospheres. Our goal is to explore the differences between molten and solid silicate planets on the mass-radius relationship and transmission and emission spectra.
Methods: An interior-atmosphere model was combined with static structure calculations to track the evolving radius of a hot rocky planet that outgasses CO2 and H2O. We generated synthetic emission and transmission spectra for CO2 and H2O dominated atmospheres.
Results: Atmospheres dominated by CO2 suppress the outgassing of H2O to a greater extent than previously realised since previous studies applied an erroneous relationship between volatile mass and partial pressure. We therefore predict that more H2O can be retained by the interior during the later stages of magma ocean crystallisation. Formation of a surface lid can tie the outgassing of H2O to the efficiency of heat transport through the lid, rather than the radiative timescale of the atmosphere. Contraction of the mantle, as it cools from molten to solid, reduces the radius by around 5%, which can partly be offset by the addition of a relatively light species (e.g. H2O versus CO2) to the atmosphere.
Conclusions: A molten silicate mantle can increase the radius of a terrestrial planet by around 5% compared to its solid counterpart, or equivalently account for a 13% decrease in bulk density. An outgassing atmosphere can perturb the total radius, according to its composition, notably the abundance of light versus heavy volatile species. Atmospheres of terrestrial planets around M-stars that are dominated by CO2 or H2O can be distinguished by observing facilities with extended wavelength coverage (e.g. JWST). 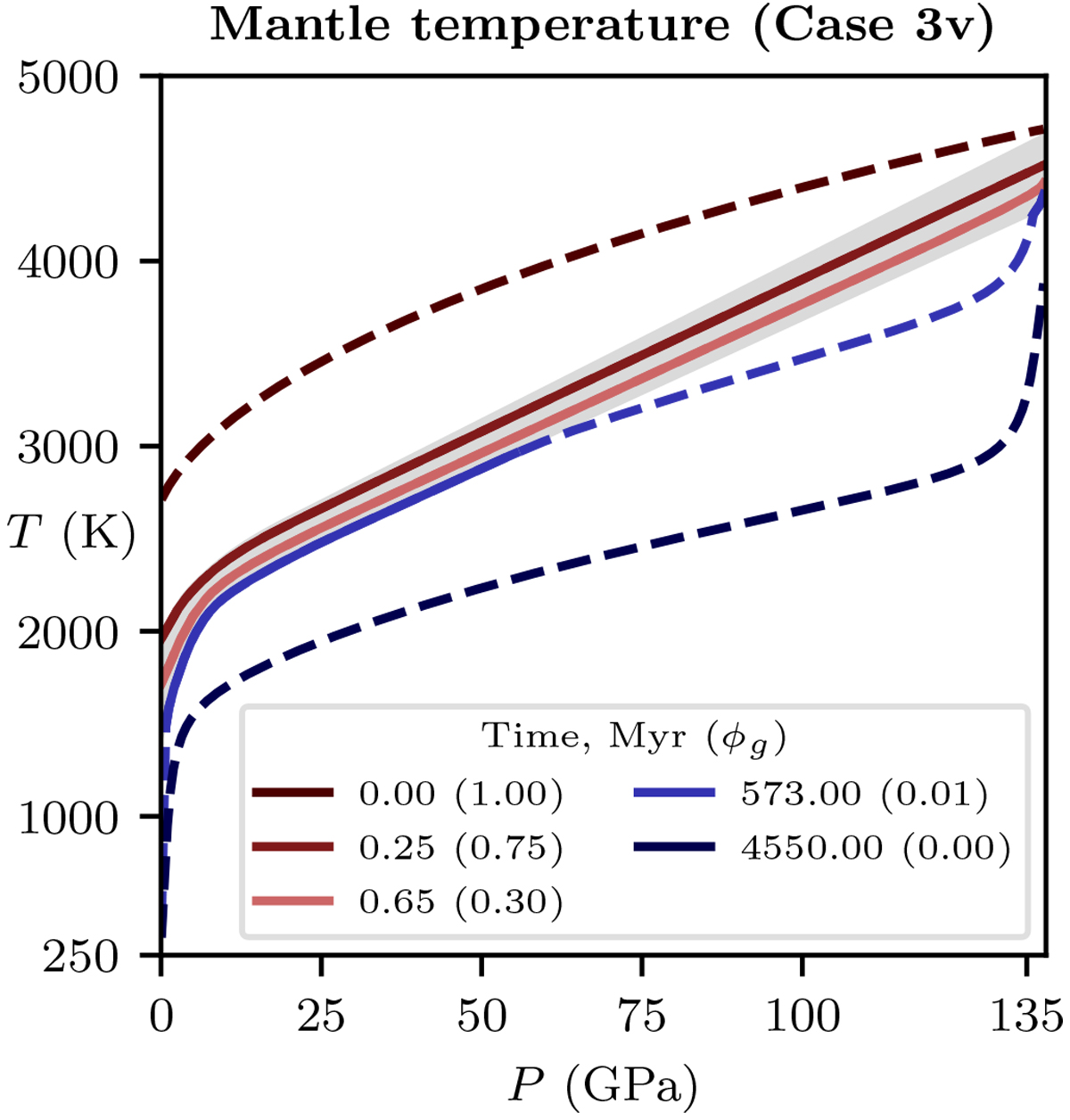