Context. Sparse photometric data can be used to determine the spin properties and infer information about the shapes of asteroids. The algorithm adopted for the inversion of Gaia photometric data assumes, for the sake of simplicity and to minimize CPU execution time, that the objects have triaxial ellipsoid shapes. In the past, this algorithm was tested against large sets of simulated data and small numbers of sparse photometric measurements obtained by HIPPARCOS.
Aims: After the second Gaia data release, it is now possible to test the inversion algorithm against small samples of actual Gaia data for the first time. At the same time, we can attempt a new inversion of older HIPPARCOS measurements, using an updated version of the photometric inversion algorithm.
Methods: The new version of our inversion algorithm includes the treatment of a Lommel-Seeliger scattering relation especially developed for the case of triaxial ellipsoid shapes. In addition, we also performed inversion attempts using a more refined shape model, based on the so-called cellinoid shapes.
Results: With respect to the old inversion of HIPPARCOS data carried out in the past, we obtain only marginal improvements. In the case of Gaia data, however, we obtain very encouraging results. A successful determination of the rotation period is possible in most cases, in spite of the limited time span covered by data published in the second Gaia data release (GDR2), which makes the determination of the spin axis direction still uncertain. Even a small number of measurements, less than 30 in many cases, are sufficient to obtain a satisfactory inversion solution. Using the more realistic cellinoid shape model, we find further improvement in the determination of the spin period.
Conclusions: This is a relevant validation of GDR2 photometry of asteroids, and proof of the satisfactory performances of the adopted inversion algorithm. 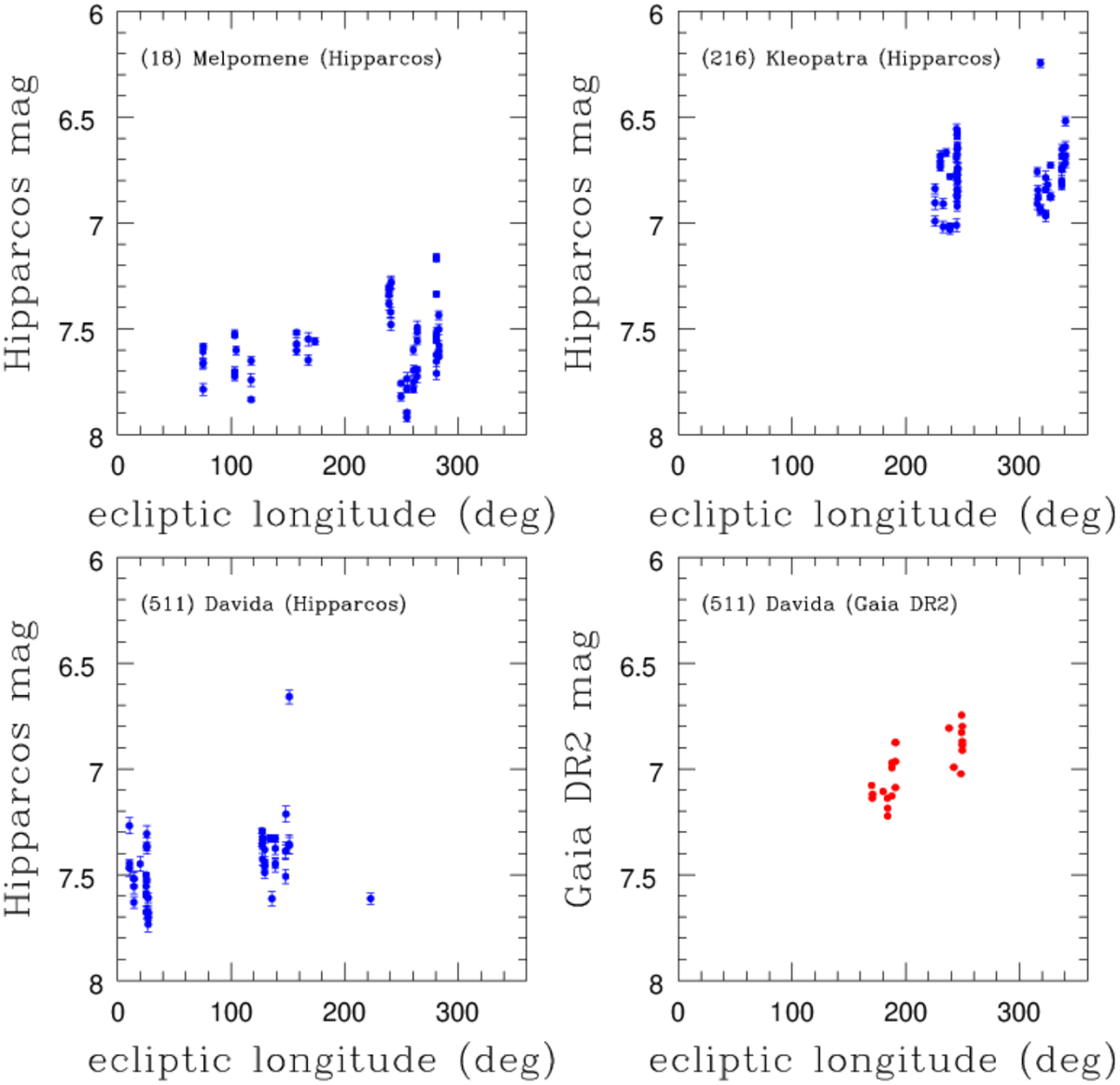