Context. The Arcturus stream is an over-density of stars in velocity space and its origin has been much debated recently without any clear conclusion. The (classical) dissolved open cluster origin is essentially refuted; instead the discussions try to distinguish between an accretion, a resonant, or an external-perturbation origin for the stream. As kinematic structures are observational footprints of ongoing and past dynamical processes in disc galaxies, resolving the nature of the Arcturus stream may provide clues to the formation history of the Milky Way and its stellar populations.
Aims: We aim to characterise the kinematical and chemical properties of the Arcturus stream in order to resolve its origin.
Methods: The space velocities, angular momenta, and actions for a sample of more than 5.8 million stars, composed from Gaia DR2 were analysed with a wavelet transform method to characterise kinematic over-densities in the Galactic disc. The kinematic characteristics of each identified group is used to select possible members of the groups from the GALAH and APOGEE spectroscopic surveys to further study and constrain their chemical properties.
Results: In the velocity and angular momentum spaces the already known Sirius, Pleiades, Hyades, Hercules, AF06, Arcturus and KFR08 streams are clearly identified. The Hercules stream appears to be a mixture of thin and thick disc stars. The Arcturus stream, as well as the AF06 and KFR08 streams, are high-velocity and low-angular momentum structures with chemical compositions similar to the thick disc. These three groups extend further from the Galactic plane compared to the Hercules stream. The detections of all the groups were spaced by approximately 20 - 30 km s-1 in azimuthal velocity.
Conclusions: A wide spread of chemical abundances within the Arcturus stream indicates that the group is not a dissolved open cluster. Instead the Arcturus stream, together with the AF06 and KFR08 streams, are more likely to be part of a phase-space wave, that could have been caused by a merger event. This conclusion is based on that the different structures are detected in steps of 20 - 30 km s-1 in azimuthal velocity, that the kinematic and chemical features are different from what is expected for bar-originated structures, and that the higher-velocity streams extend further from the disc than bar-originated structures. 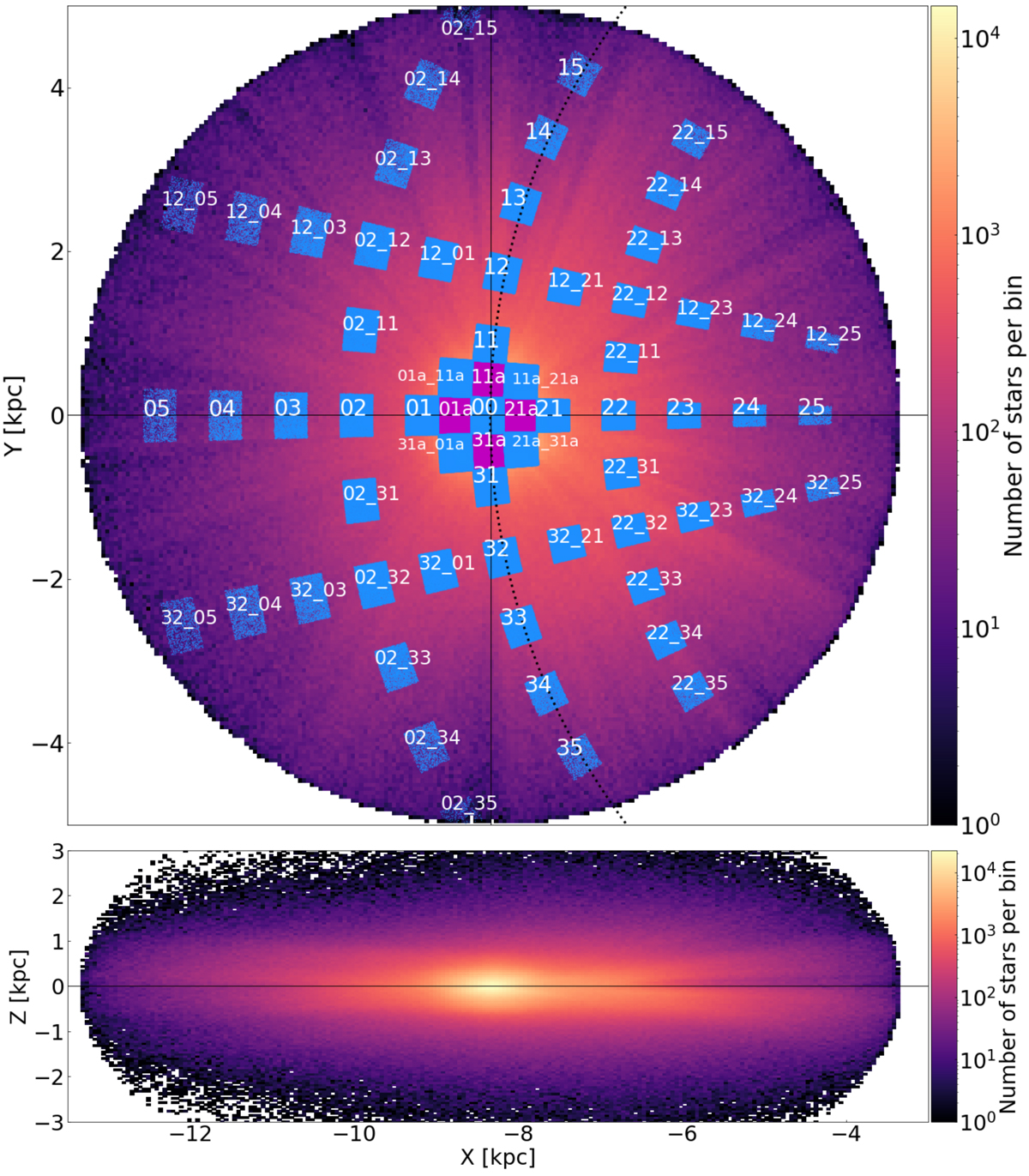