A stellar census in globular clusters with MUSE: multiple populations chemistry in NGC 2808

Context. Galactic globular clusters (GCs) are now known to host multiple populations displaying particular abundance variations. The different populations within a GC can be well distinguished following their position in the pseudo two-colors diagrams, also referred to as "chromosome maps". These maps are constructed using optical and near-UV photometry available from the Hubble Space Telescope (HST) UV survey of GCs. However, the chemical tagging of the various populations in the chromosome maps is hampered by the fact that HST photometry and elemental abundances are both only available for a limited number of stars.
Aims: The spectra collected as part of the MUSE survey of globular clusters provide a spectroscopic counterpart to the HST photometric catalogs covering the central regions of GCs. In this paper, we use the MUSE spectra of 1115 red giant branch (RGB) stars in NGC 2808 to characterize the abundance variations seen in the multiple populations of this cluster.
Methods: We used the chromosome map of NGC 2808 to divide the RGB stars into their respective populations. We then combined the spectra of all stars belonging to a given population, resulting in one high signal-to-noise ratio spectrum representative of each population.
Results: Variations in the spectral lines of O, Na, Mg, and Al are clearly detected among four of the populations. In order to quantify these variations, we measured equivalent width differences and created synthetic populations spectra that were used to determine abundance variations with respect to the primordial population of the cluster. Our results are in good agreement with the values expected from previous studies based on high-resolution spectroscopy. We do not see any significant variations in the spectral lines of Ca, K, and Ba. We also do not detect abundance variations among the stars belonging to the primordial population of NGC 2808.
Conclusions: We demonstrate that in spite of their low resolution, the MUSE spectra can be used to investigate abundance variations in the context of multiple populations.

The populations spectra and the list of stars included in these spectra are only available at the CDS via anonymous ftp to http://cdsarc.u-strasbg.fr (ftp://130.79.128.5) or via http://cdsarc.u-strasbg.fr/viz-bin/cat/J/A+A/631/A14Based on observations collected at the European Organisation for Astronomical Research in the Southern Hemisphere, Chile (proposal IDs 094.D-0142(B), 096.D-0175(A)). 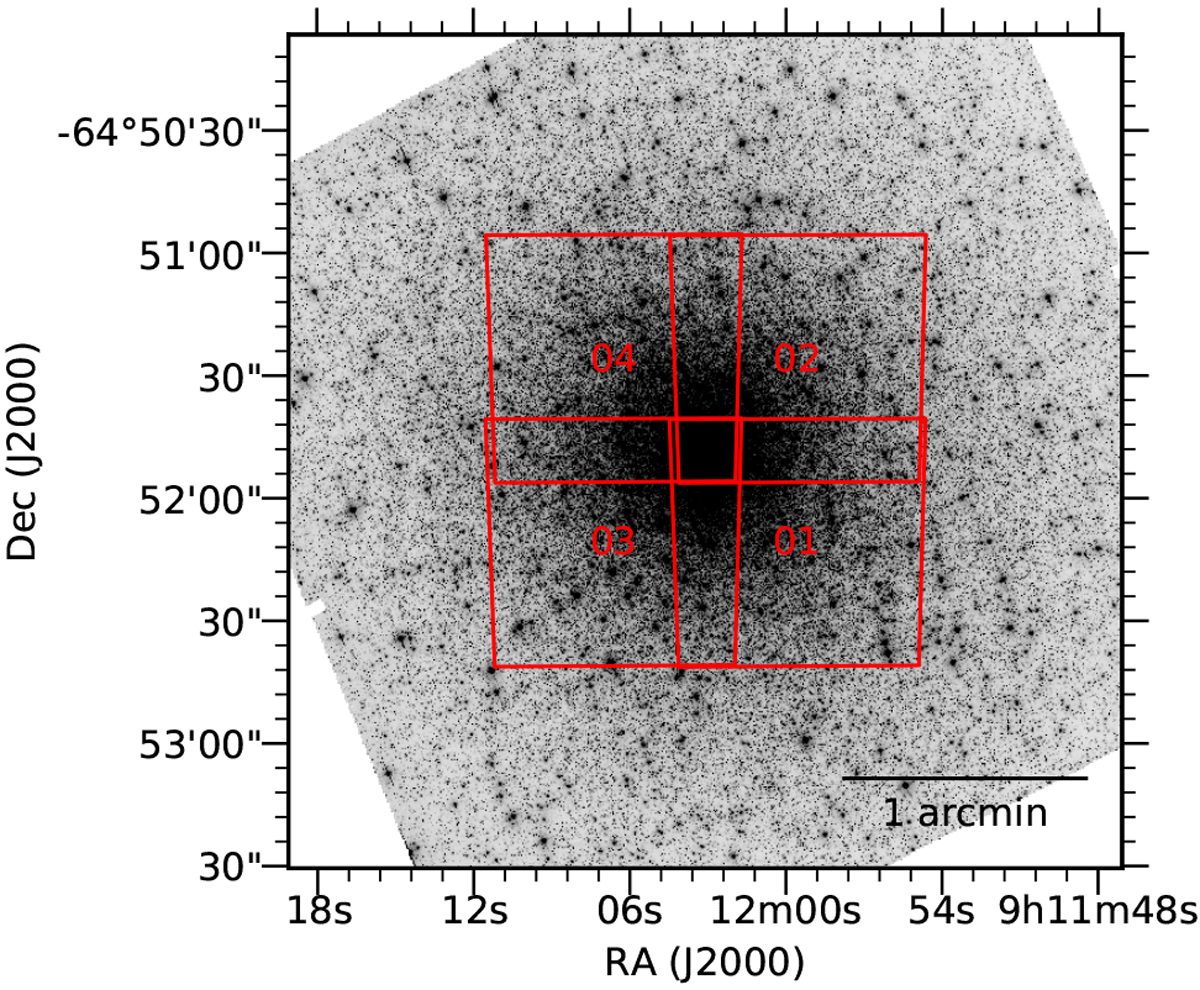