Context. Asteroseismology of white dwarf stars is a powerful tool that allows us to reveal the hidden chemical structure of white dwarfs and infer details about their present and past evolution by comparing the observed periods with those obtained from appropriate stellar models. A recent asteroseismological study has reproduced the period spectrum of the helium-rich pulsating white dwarf KIC 08626021 with the unprecedented precision of (Pobs - Pmodel)/Pmodel < 10-8. The chemical structure derived from that asteroseismological analysis is notably different from that expected for a white dwarf according to currently accepted formation channels. It therefore poses a challenge to the theory of stellar evolution.
Aims: We explore the relevant micro- and macrophysics processes that act during the formation and evolution of KIC 08626021 and might lead to a chemical structure similar to that found through asteroseismology. We quantify to which extent it is necessary to modify the physical processes that shape the chemical structure in order to reproduce the most important features of the asteroseismic model.
Methods: We modeled the previous evolution of KIC 08626021 by exploring specific changes in the 12C(α, γ)16O reaction rate, screening processes, microscopic diffusion, and convective boundary mixing during core-He burning.
Results: We find that in order to reproduce the core chemical profile derived for KIC 0862602, the 12C+α nuclear reaction rate has to be increased by a factor of ∼10 during the helium-core burning, and reduced by a factor of ∼1000 during the following helium-shell burning as compared with the standard predictions for this rate. In addition, the main chemical structures derived for KIC 0862602, such as the very thin helium-pure envelope, the mass of the carbon-oxygen core, and the pure C buffer, cannot be reconciled with our current knowledge of white dwarf formation. Conclusion. We find that within our current understanding of white dwarf formation and evolution, it is difficult to reproduce the most important asteroseismologically derived features of the chemical structure of KIC 08626021. 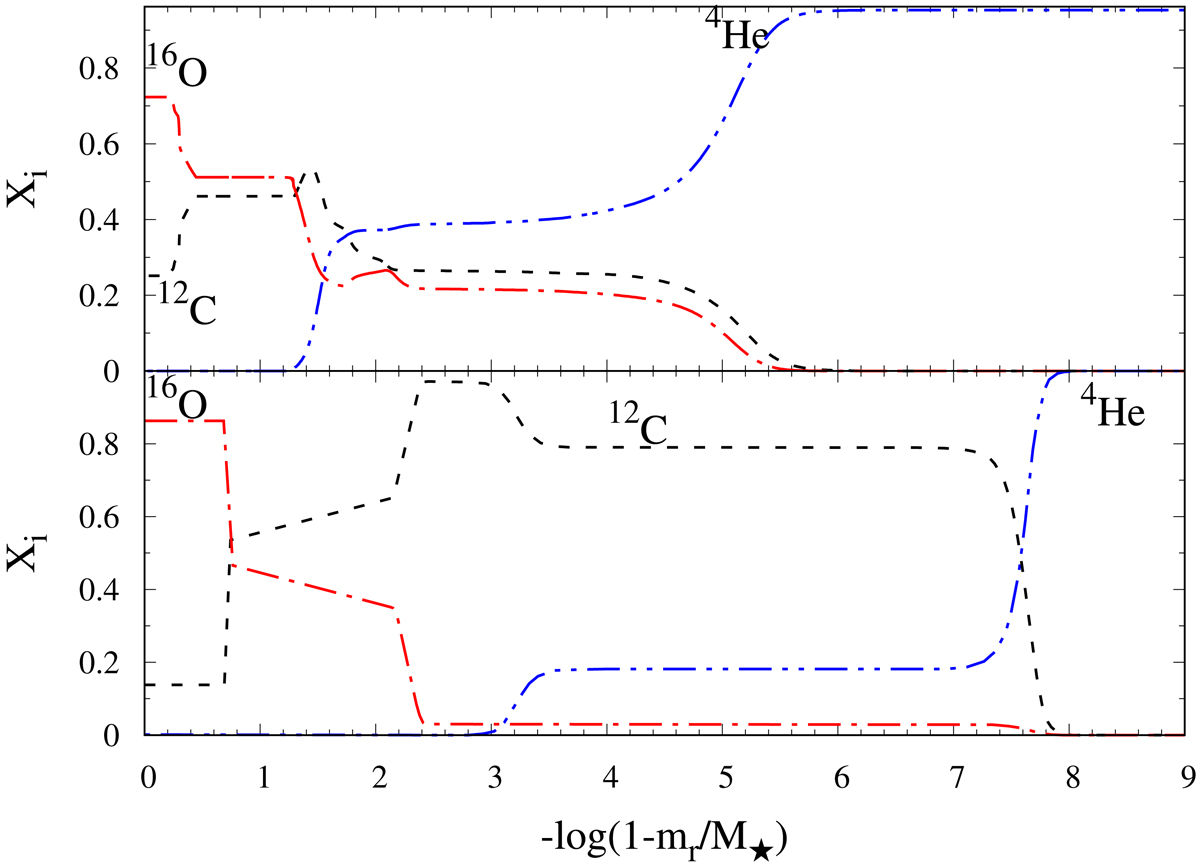