The Hubble Catalog of Variables (HCV)


Aims: Over its lifetime and despite not being a survey telescope, the Hubble Space Telescope (HST) has obtained multi-epoch observations by multiple, diverse observing programs, providing the opportunity for a comprehensive variability search aiming to uncover new variables. We have therefore undertaken the task of creating a catalog of variable sources based on archival HST photometry. In particular, we have used version 3 of the Hubble Source Catalog (HSC), which relies on publicly available images obtained with the WFPC2, ACS, and WFC3 instruments onboard the HST.
Methods: We adopted magnitude-dependent thresholding in median absolute deviation (a robust measure of light curve scatter) combined with sophisticated preprocessing techniques and visual quality control to identify and validate variable sources observed by Hubble with the same instrument and filter combination five or more times.
Results: The Hubble Catalog of Variables (HCV) includes 84 428 candidate variable sources (out of 3.7 million HSC sources that were searched for variability) with V ≤ 27 mag; for 11 115 of them the variability is detected in more than one filter. The data points in the light curves of the variables in the HCV catalog range from five to 120 points (typically having less than ten points); the time baseline ranges from under a day to over 15 years; while ∼8% of all variables have amplitudes in excess of 1 mag. Visual inspection performed on a subset of the candidate variables suggests that at least 80% of the candidate variables that passed our automated quality control are true variable sources rather than spurious detections resulting from blending, residual cosmic rays, and calibration errors. Conclusion. The HCV is the first, homogeneous catalog of variable sources created from the highly diverse, archival HST data and currently is the deepest catalog of variables available. The catalog includes variable stars in our Galaxy and nearby galaxies, as well as transients and variable active galactic nuclei. We expect that the catalog will be a valuable resource for the community. Possible uses include searches for new variable objects of a particular type for population analysis, detection of unique objects worthy of follow-up studies, identification of sources observed at other wavelengths, and photometric characterization of candidate progenitors of supernovae and other transients in nearby galaxies. The catalog is available to the community from the ESA Hubble Science Archive (eHST) at the European Space Astronomy Centre (ESAC) and the Mikulski Archive for Space Telescopes (MAST) at Space Telescope Science Institute (STScI). 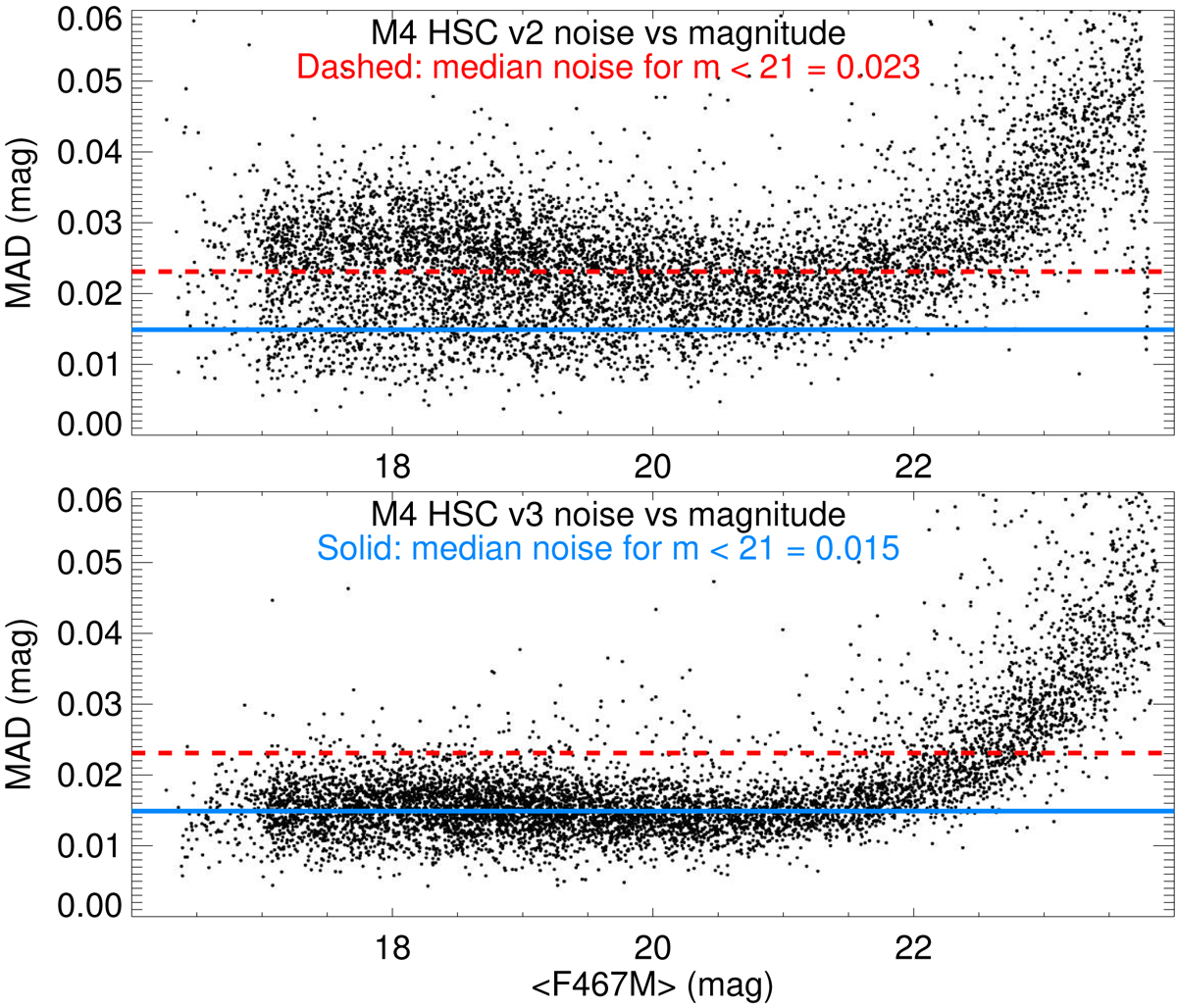