We present the first far infrared (FIR) dust emission polarization map covering the full extent of Milky Way's central molecular zone (CMZ). The data, obtained with the PILOT balloon-borne experiment, covers the Galactic center region - 2° < ℓ < 2°, - 4° < b < 3° at a wavelength of 240 μm and an angular resolution of 2.2'. From our measured dust polarization angles, we infer a magnetic field orientation projected onto the plane of the sky (POS) that is remarkably ordered over the full extent of the CMZ, with an average tilt angle of ≃22° clockwise with respect to the Galactic plane. Our results confirm previous claims that the field traced by dust polarized emission is oriented nearly orthogonally to the field traced by GHz radio synchrotron emission in the Galactic center region. The observed field structure is globally compatible with the latest Planck polarization data at 353 and 217 GHz. Upon subtraction of the extended emission in our data, the mean field orientation that we obtain shows good agreement with the mean field orientation measured at higher angular resolution by the JCMT within the 20 and 50 km s-1 molecular clouds. We find no evidence that the magnetic field orientation is related to the 100 pc twisted ring structure within the CMZ. The low polarization fraction in the Galactic center region measured with Planck at 353 GHz combined with a highly ordered projected field orientation is unusual. This feature actually extends to the whole inner Galactic plane. We propose that it could be caused by the increased number of turbulent cells for the long lines of sight towards the inner Galactic plane or to dust properties specific to the inner regions of the Galaxy. Assuming equipartition between magnetic pressure and ram pressure, we obtain magnetic field strength estimates of the order of 1 mG for several CMZ molecular clouds. 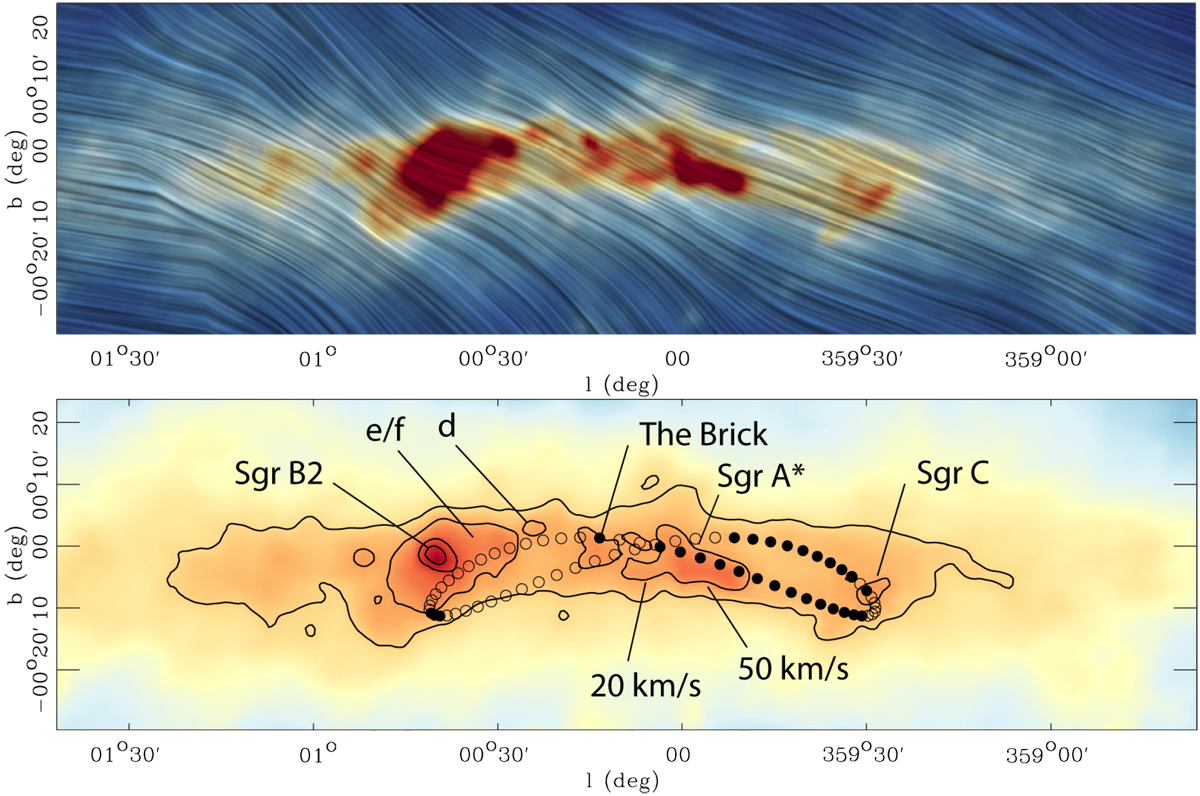