VIS3COS. II. Nature and nurture in galaxy structure and morphology

We study the impact of local density and stellar mass on the structure and morphology of approximately 500 quiescent and star-forming galaxies from the VIMOS Spectroscopic Survey of a Superstructure in COSMOS (VIS3COS). We perform bulge-to-disc decomposition of the surface brightness profiles and find ∼41 ± 3% of > 1010 M⊙ galaxies to be best fitted with two components. We complement our analysis with non-parametric morphological measurements and qualitative visual classifications. We find that both galaxy structure and morphology depend on stellar mass and environment for our sample as a whole. We only find an impact of the environment on galaxy size for galaxies more massive than 1011 M⊙. We find higher Sérsic indices (n) and bulge-to-total ratios (B/T) in high-density regions when compared to low-density counterparts at similar stellar masses. We also find that galaxies with higher stellar mass have steeper light profiles (high n, B/T) compared to galaxies with lower stellar mass. Using visual classifications, we find a morphology-density relation at z ∼ 0.84 for galaxies more massive than 1010 M⊙, with elliptical galaxies being dominant at high-density regions and disc galaxies more common in low-density regions. However, when splitting the sample into colour-colour-selected star-forming and quiescent sub-populations, there are no statistically significant differences between low- and high-density regions. We find that quiescent galaxies are smaller, have higher Sérsic indices (for single profiles, around n ∼ 4), and higher bulge-to-total light ratios (for decomposed profiles, around B/T ∼ 0.5) when compared to star-forming counterparts (n ∼ 1 and B/T ∼ 0.3, for single and double profiles, respectively). We confirm these trends with non-parametric quantities, finding quiescent galaxies to be smoother (lower asymmetry, lower M20) and to have most of their light over smaller areas (higher concentration and Gini coefficient) than star-forming galaxies. Overall, we find a stronger dependence of structure and morphology on stellar mass than on local density and these relations are strongly correlated with the quenching fraction. The change in average structure or morphology corresponds to a change in the relative fractions of blue disc-like galaxies and red elliptical galaxies with stellar mass and environment. We hypothesise that the processes responsible for the quenching of star formation must also affect the galaxy morphology on similar timescales. 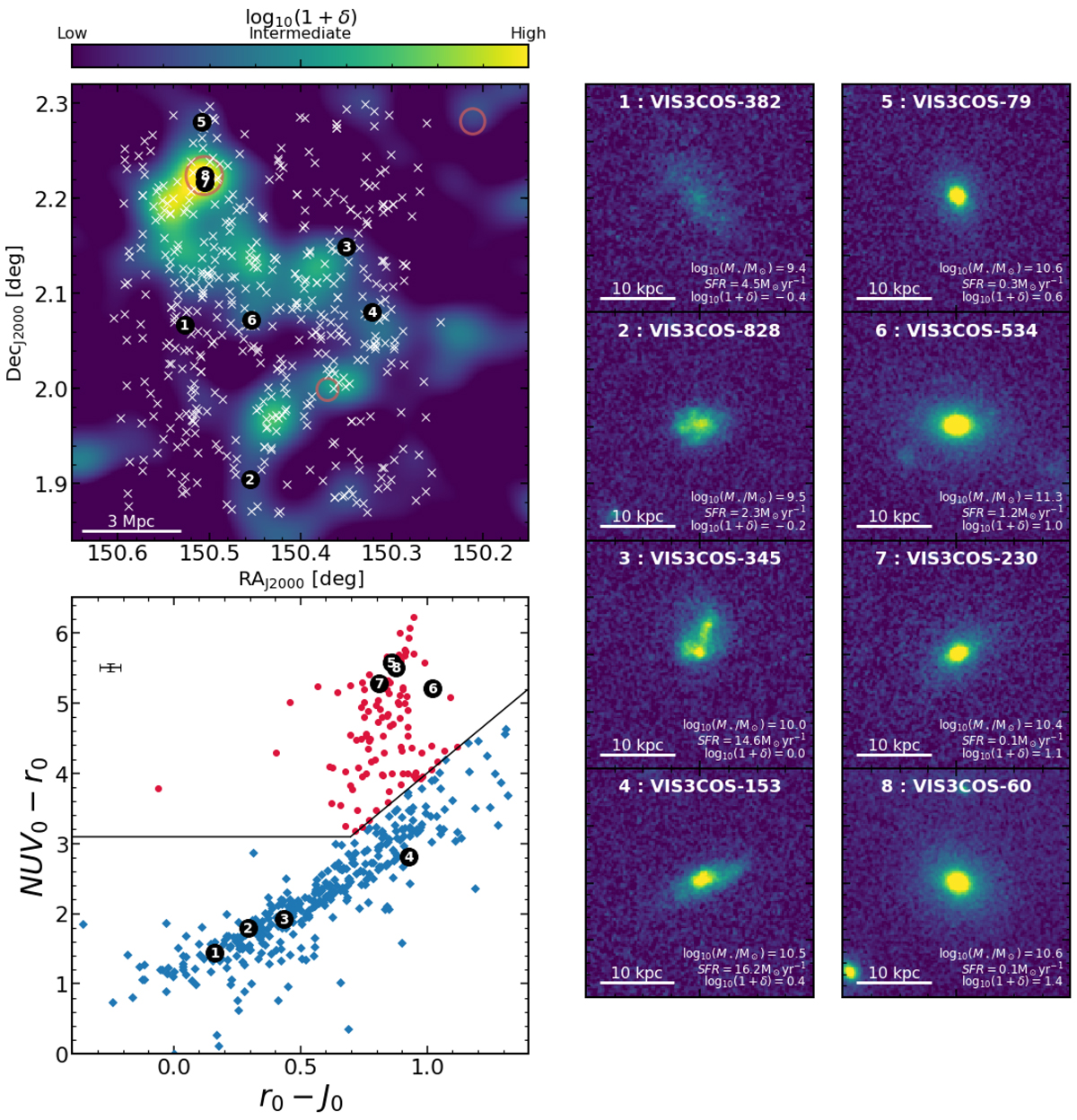