Context. Unlike all previous cometary space missions, the Rosetta spacecraft accompanied its target, comet 67P/Churyumov-Gerasimenko, for more than two years on its way around the Sun. Thereby, an unexpected diversity and complexity of the chemical composition was revealed.
Aims: Our first step of decrypting the exact chemical composition of the gaseous phase is the identifying and quantifying the bulk composition of the pure aromatic and aliphatic hydrocarbons.
Methods: For this study, data from ROSINA-Double Focusing Mass Spectrometer (DFMS) onboard the Rosetta spacecraft and the laboratory twin model were used. A joint campaign of laboratory calibration measurements and space data analysis was performed to derive the hydrocarbon bulk composition for the post-inbound equinox period at 1.52 AU in May 2015. Furthermore, several other mission phases were investigated to determine the dependencies of season, location, and heliocentric distance on the relative abundances of hydrocarbons.
Results: It is shown that the bulk composition of the gaseous phase includes a high number of aliphatic compounds such as methane, ethane, and propane, as well as the aromatic compounds benzene and toluene. Butane and pentane were successfully identified in measurements at closer distance to the comet in May 2016. Furthermore, the presence of hexane and heptane in the coma is confirmed on rare occasions during the mission. Their presence in DFMS space data appears to be linked to days or periods of high dust activity. In addition to the saturated aliphatic and aromatic compounds, a high number of remaining unsaturated species is present, which cannot be explained by fragmentation of saturated species or contribution from other organic molecules in addition to pure hydrocarbons. This indicates the existence of unsaturated aliphatic and aromatic hydrocarbon molecules in the coma of comet 67P. 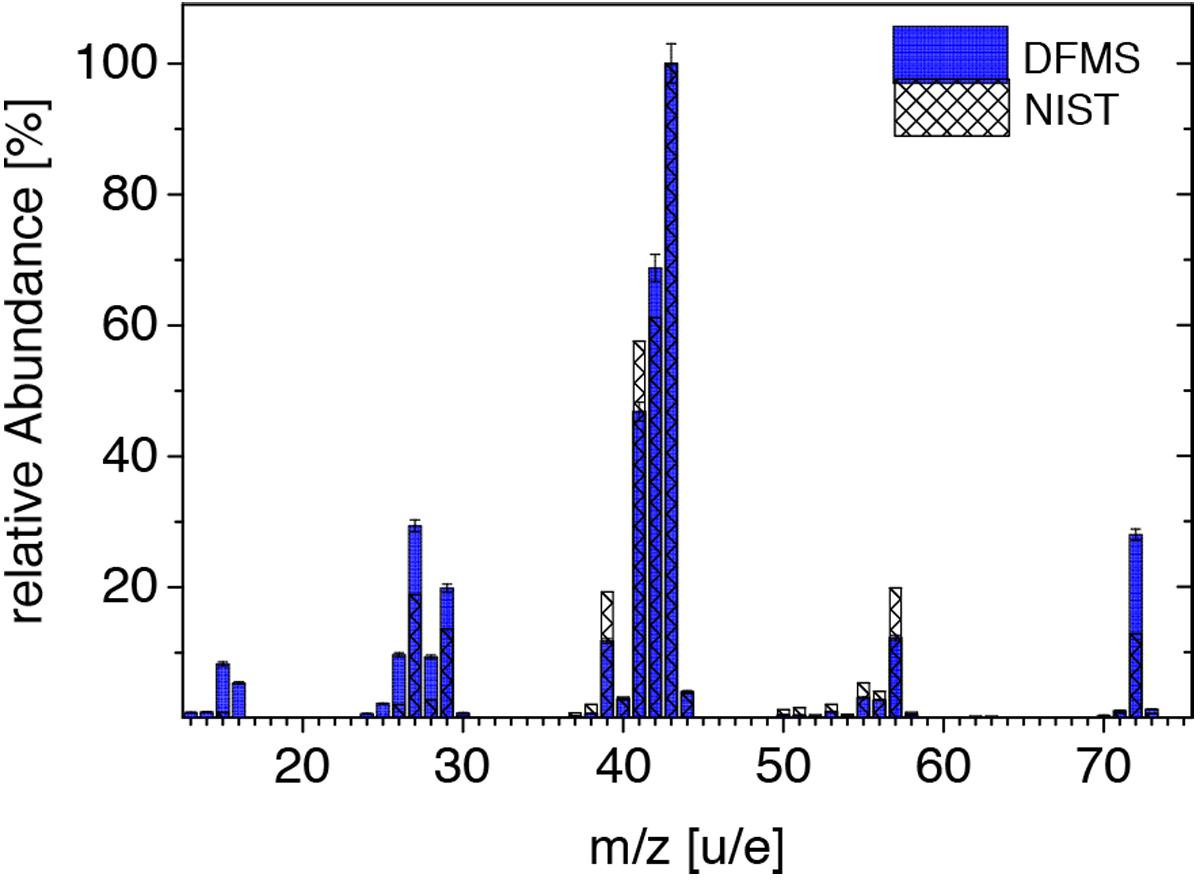