Aims: We investigate the surface distribution of the source regions of dust jets on comet 67P/Churyumov-Gerasimenko as a function of time.
Methods: The dust jet source regions were traced by the comprehensive imaging data set provided by the OSIRIS scientific camera.
Results: We show in detail how the projected footpoints of the dust jets and hence the outgassing zone would move in consonance with the sunlit belt. Furthermore, a number of source regions characterized by repeated jet activity might be the result of local topographical variations or compositional heterogeneities.
Conclusions: The spatial and temporal variations in source regions of the dust jets are influenced significantly by the seasonal effect. The strong dependence on the solar zenith angle and local time could be related to the gas sublimation process driven by solar insolation on a surface layer of low thermal inertia. 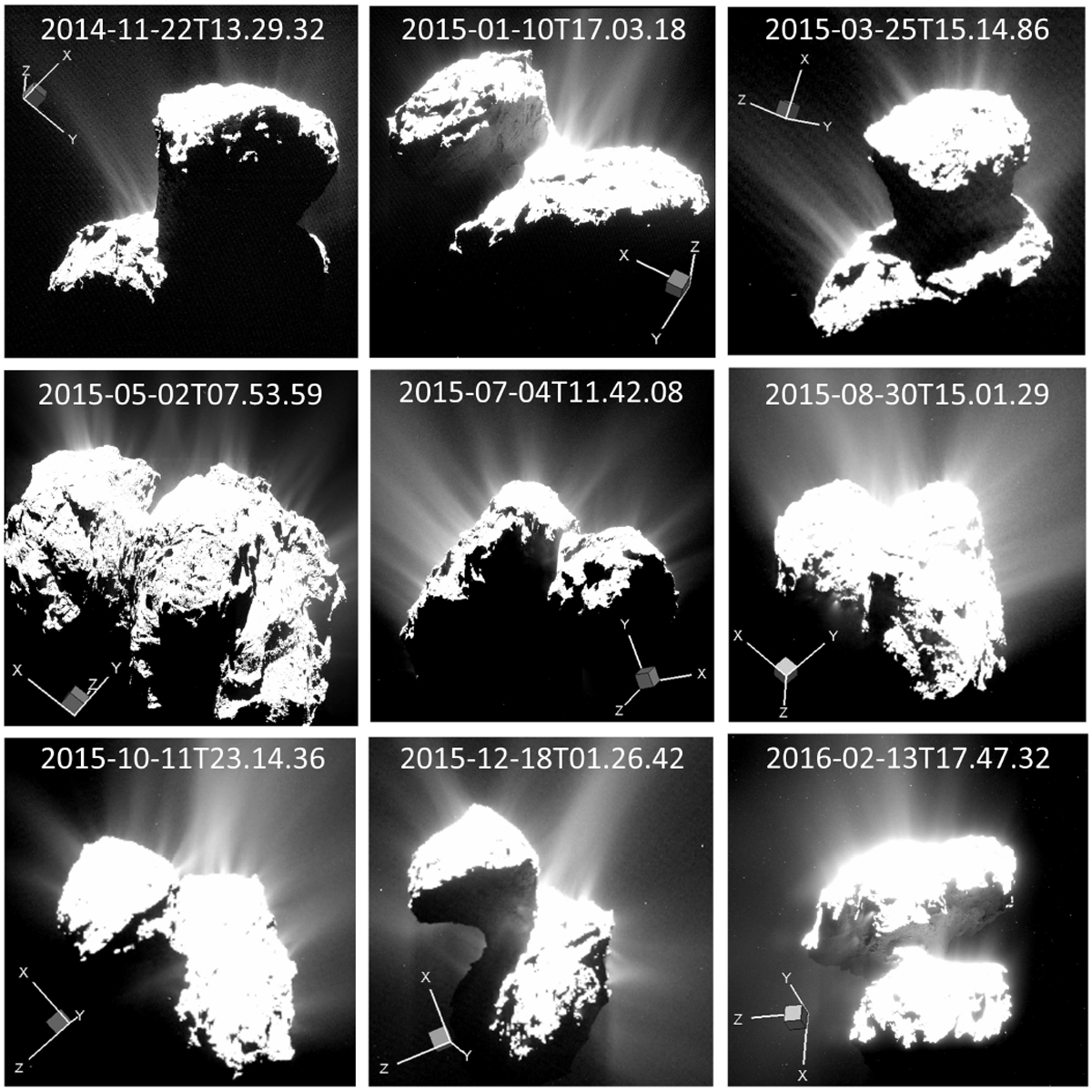