Aims: The Rosetta-OSIRIS images acquired at small phase angles in three wavelengths during the fly-by of the spacecraft on 9-10 April 2016 provided a unique opportunity to study the opposition effect on the surface of comet 67P/Churyumov-Gerasimenko (67P). Our goal is to study phase curves of the nucleus at small phase angles for a variety of surface structures to show the differences in their opposition effect and to determine which surface properties cause the differences.
Methods: We used OSIRIS NAC images that cover the Ash-Khepry-Imhotep region to extract the phase curve, that is, the reflectance of the surface as a function of phase angle. We selected six regions of interest (ROIs) and derived the phase curves for each ROI. We fit a linear-exponential function to the phase curves. The resulting model parameters were then interpreted by spectrophotometric, geomorphological, and phase-ratio analyses, and by investigating the influence of structural and textural properties of the surface.
Results: We find evidence for the opposition effect (deviation of the phase curve from linear behavior) in phase curves for all areas. We found an anticorrelation between the phase ratio and reflectance in a small phase angle range. This provides evidence for the shadow-hiding effect. We conclude that the decrease in the slope of the phase ratio versus reflectance indicates a decrease in the proportion of shadowed regions and reduces the contribution of the shadow-hiding effect. Large uncertainties in the determination of the opposition effect parameters with respect to wavelength do not allow us to conclusively claim coherent backscattering in the opposition effect phenomenon. Based on the two analyses, we conclude that the opposition effect of comet 67P in the Ash-Khepry-Imhotep region is mainly affected by shadow-hiding. 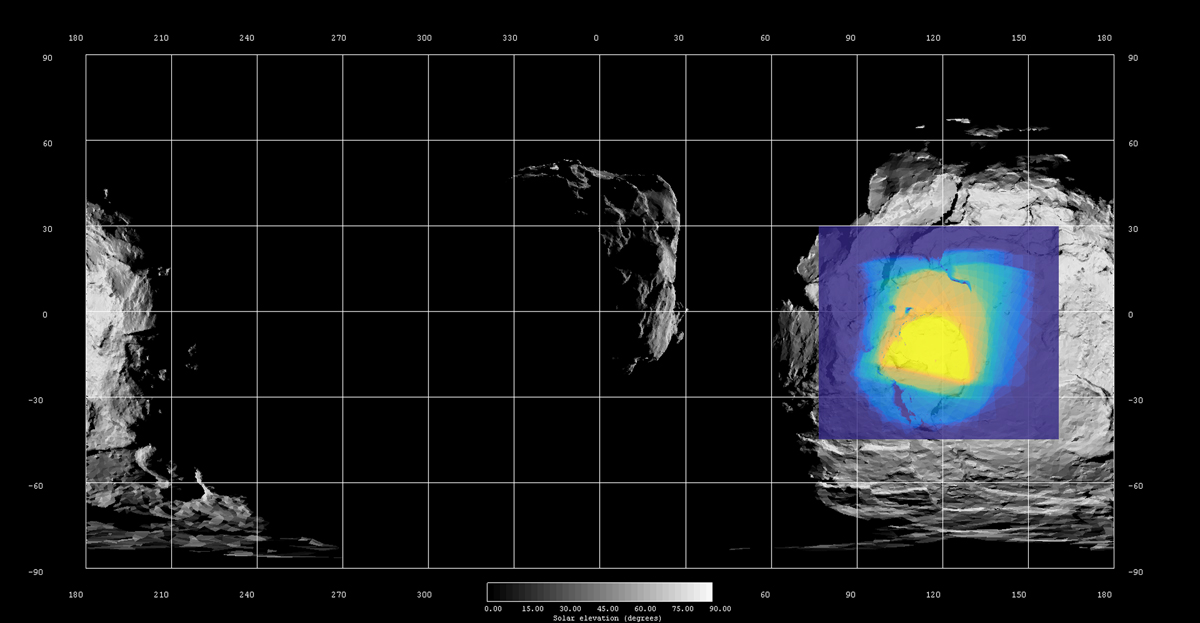