Aims: We analyzed the velocity space of the thin- and thick-disk Gaia white dwarf population within 100 pc by searching for signatures of the Hercules stellar stream. We aimed to identify objects belonging to the Hercules stream, and by taking advantage of white dwarf stars as reliable cosmochronometers, to derive a first age distribution.
Methods: We applied a kernel density estimation to the UV velocity space of white dwarfs. For the region where a clear overdensity of stars was found, we created a 5D space of dynamic variables. We applied a hierarchichal clustering method, HDBSCAN, to this 5D space, and identified those white dwarfs that share similar kinematic characteristics. Finally, under general assumptions and from their photometric properties, we derived an age estimate for each object.
Results: The Hercules stream was first revealed as an overdensity in the UV velocity space of the thick-disk white dwarf population. Three substreams were then found: Hercules a and Hercules b, formed by thick-disk stars with an age distribution that peaked 4 Gyr in the past and extends to very old ages; and Hercules c, with a ratio of 65:35 of thin to thick stars and a more uniform age distribution that is younger than 10 Gyr. 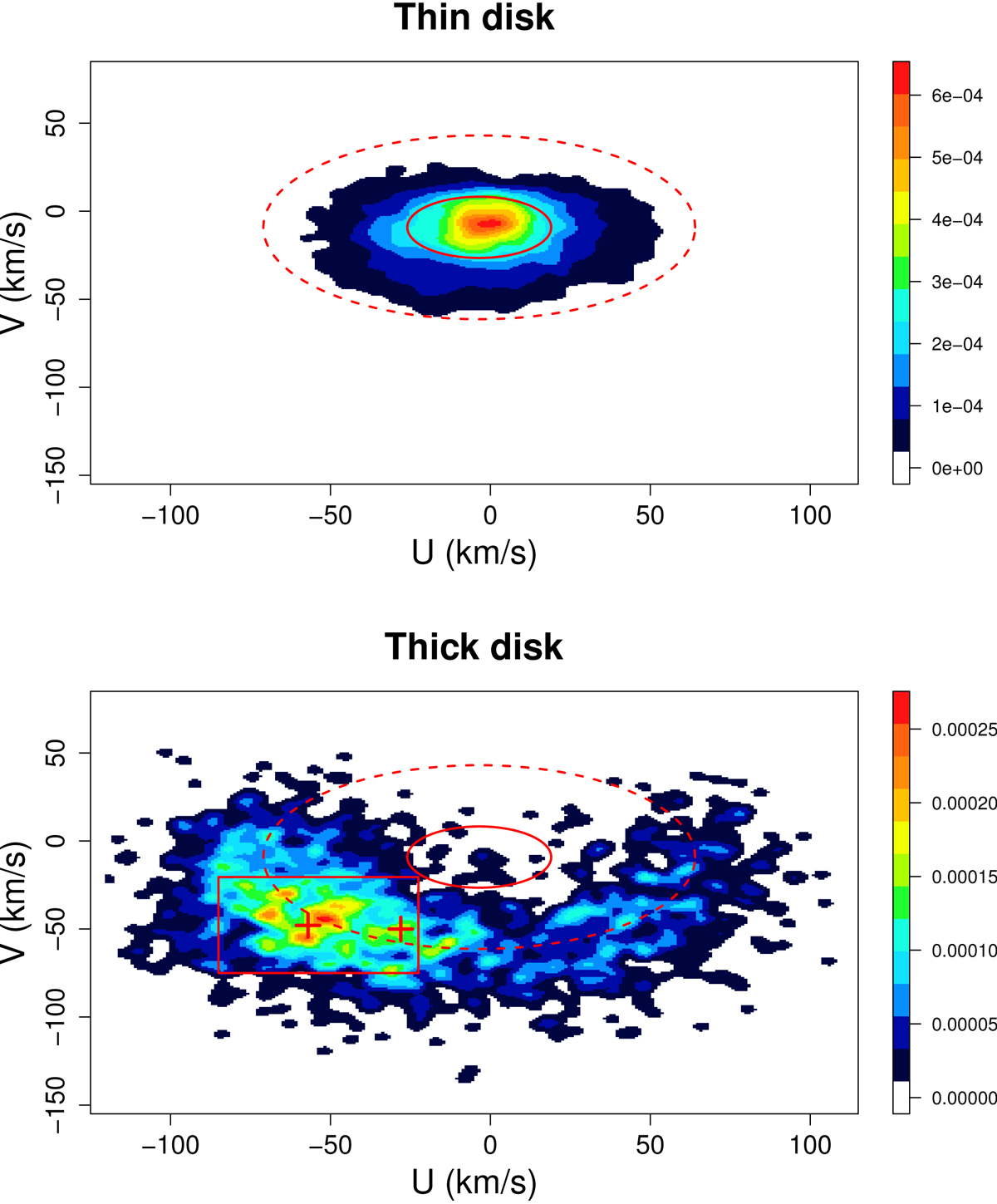