We use observations of chlorine-bearing species in molecular absorbers at intermediate redshifts to investigate chemical properties and 35Cl/37Cl isotopic ratios in the absorbing sightlines. Chloronium (H2Cl+) is detected along three independent lines of sight in the z = 0.89 and z = 0.68 molecular absorbers located in front of the lensed quasars PKS 1830-211 and B 0218+357, respectively. Hydrogen chloride (HCl) was observed only toward PKS 1830-211, and is found to behave differently from H2Cl+. It is detected in one line of sight with an abundance ratio [H2Cl+] / [HCl] ∼1, but remains undetected in the other, more diffuse, line of sight, with a ratio [H2Cl+] / [HCl] > 17. The absorption profiles of these two chlorine-bearing species are compared to other species and discussed in terms of the physical properties of the absorbing gas. Our findings are consistent with the picture emerging from chemical models where different species trace gas with different molecular hydrogen fraction. The 35Cl/37Cl isotopic ratios are measured in the different lines of sight and are discussed in terms of stellar nucleosynthesis. 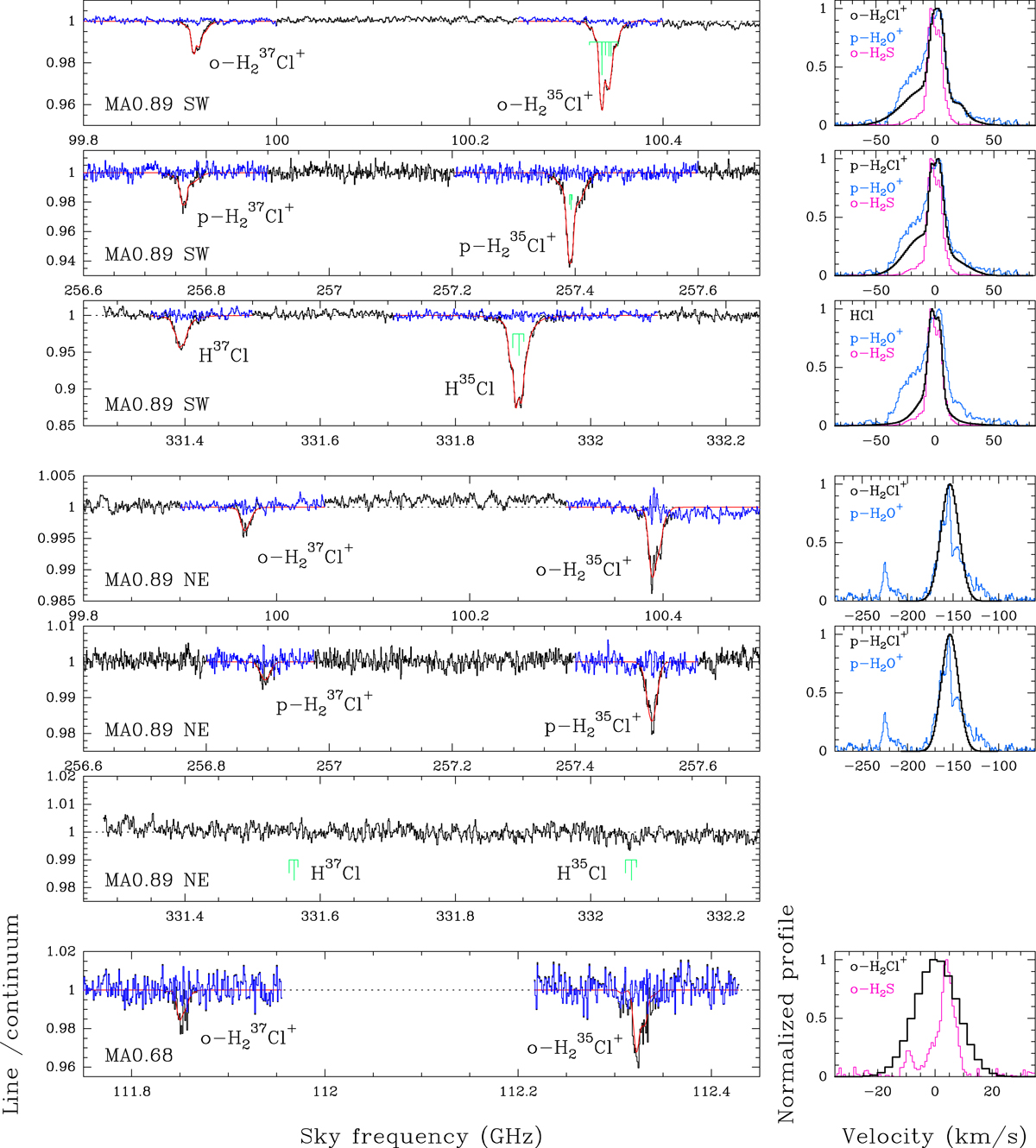