Context. Recently, the He I triplet at 10 830 Å was rediscovered as an excellent probe of the extended and possibly evaporating atmospheres of close-in transiting planets. This has already resulted in detections of this triplet in the atmospheres of a handful of planets, both from space and from the ground. However, while a strong signal is expected for the hot Jupiter HD 209458 b, only upper limits have been obtained so far.
Aims: Our goal is to measure the helium excess absorption from HD 209458 b and assess the extended atmosphere of the planet and possible evaporation.
Methods: We obtained new high-resolution spectral transit time-series of HD 209458 b using CARMENES at the 3.5 m Calar Alto telescope, targeting the He I triplet at 10 830 Å at a spectral resolving power of 80 400. The observed spectra were corrected for stellar absorption lines using out-of-transit data, for telluric absorption using the MOLECFIT software, and for the sky emission lines using simultaneous sky measurements through a second fibre.
Results: We detect He I absorption at a level of 0.91 ± 0.10% (9 σ) at mid-transit. The absorption follows the radial velocity change of the planet during transit, unambiguously identifying the planet as the source of the absorption. The core of the absorption exhibits a net blueshift of 1.8 ± 1.3 km s-1. Possible low-level excess absorption is seen further blueward from the main absorption near the centre of the transit, which could be caused by an extended tail. However, this needs to be confirmed.
Conclusions: Our results further support a close relation between the strength of planetary absorption in the helium triplet lines and the level of ionising, stellar X-ray, and extreme-UV irradiation. 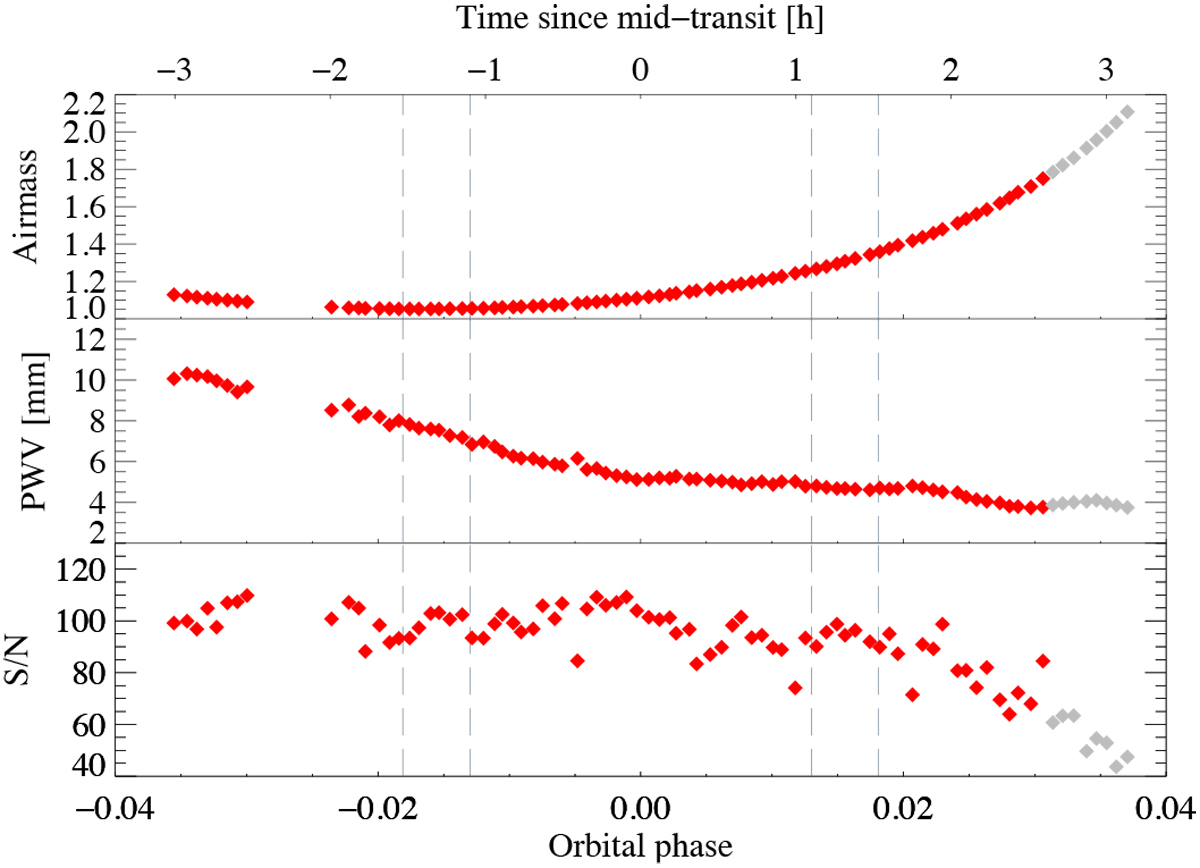