Organic chemistry in the innermost, infalling envelope of the Class 0 protostar L483

Context. Observations of the innermost regions of deeply embedded protostellar cores have revealed complicated physical structures as well as a rich chemistry with the existence of complex organic molecules. The protostellar envelopes, outflow, and large-scale chemistry of Class 0 and Class I objects have been well studied, but while previous works have hinted at or found a few Keplerian disks at the Class 0 stage, it remains to be seen if their presence in this early stage is the norm. Likewise, while complex organics have been detected toward some Class 0 objects, their distribution is unknown as they could reside in the hottest parts of the envelope, in the emerging disk itself, or in other components of the protostellar system, such as shocked regions related to outflows.
Aims: In this work, we aim to address two related issues regarding protostars: when rotationally supported disks form around deeply embedded protostars and where complex organic molecules reside in such objects. We wish to observe and constrain the velocity profile of the gas kinematics near the central protostar and determine whether Keplerian motion or an infalling-rotating collapse under angular momentum conservation best explains the observations. The distribution of the complex organic molecules is used to investigate whether they are associated with the hot inner envelope or a possible Keplerian disk.
Methods: We observed the deeply embedded protostar, L483, using Atacama Large Millimeter/submillimeter Array (ALMA) Band 7 data from Cycles 1 and 3 with a high angular resolution down to 0.1'' (20 au) scales. We present new HCN J = 4-3, HCO+ J = 4-3, CS J = 7-6, and H13CN J = 4-3 observations, along with a range of transitions that can be attributed to complex organics, including lines of CH3OH, CH3OCHO, C2H5OH, NH2CHO, and other species.
Results: We find that the kinematics of CS J = 7-6 and H13CN J = 4-3 are best fitted by the velocity profile from infall under conservation of angular momentum and not by a Keplerian profile. The only discernible velocity profile from the complex organics, belonging to CH3OCHO, is consistent with the infall velocity profile derived from CS J = 7-6 and H13CN J = 4-3. The spatial extents of the observed complex organics are consistent with an estimated ice sublimation radius of the envelope at 50 au, suggesting that the complex organics exist in the hot corino of L483, where the molecules sublimate off the dust grain ice mantles and are injected into the gas phase.
Conclusions: We find that L483 does not harbor a Keplerian disk down to at least 15 au in radius. Instead, the innermost regions of L483 are undergoing a rotating collapse and the complex organics exist in a hot corino with a radius of 40-60 au. This result highlights that some Class 0 objects contain only very small disks, or none at all, and the complex organic chemistry take place on scales inside the hot corino of the envelope in a region larger than the emerging disk. 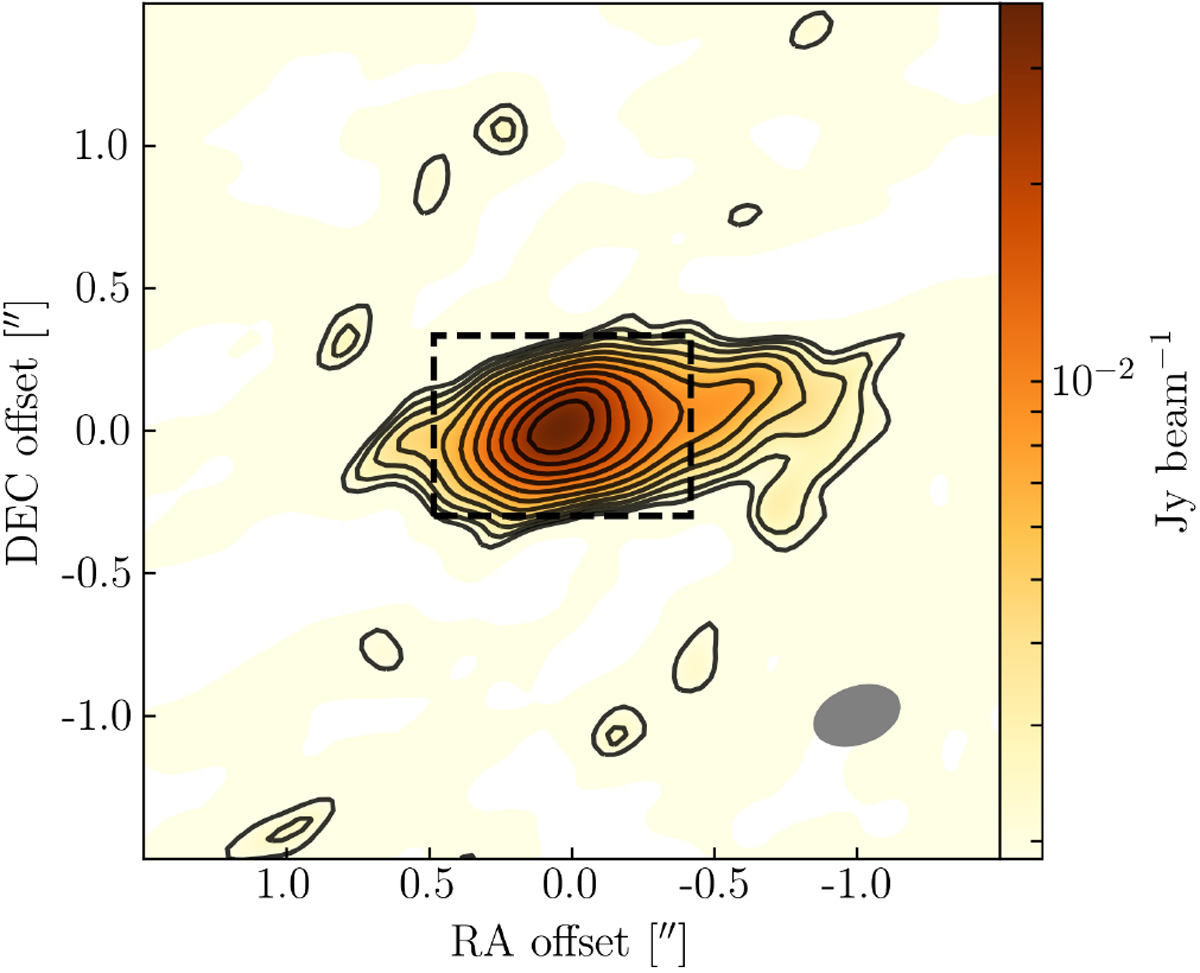