Context. Nuclear star clusters (NSCs) are found in at least 70% of all galaxies, but their formation path is still unclear. In the most common scenarios, NSCs form in-situ from the galaxy's central gas reservoir, through the merging of globular clusters (GCs), or through a combination of both.
Aims: As the scenarios pose different expectations for angular momentum and stellar population properties of the NSC in comparison to the host galaxy and the GC system, it is necessary to characterise the stellar light, NSC, and GCs simultaneously. The large NSC (reff = 66 pc) and rich GC system of the early-type Fornax cluster galaxy FCC 47 (NGC 1336) render this galaxy an ideal laboratory to constrain NSC formation.
Methods: Using Multi Unit Spectroscopic Explorer science verification data assisted by adaptive optics, we obtained maps for the stellar kinematics and stellar-population properties of FCC 47. We extracted the spectra of the central NSC and determined line-of-sight velocities of 24 GCs and metallicities of five.
Results: The galaxy shows the following kinematically decoupled components (KDCs): a disk and a NSC. Our orbit-based dynamical Schwarzschild model revealed that the NSC is a distinct kinematic feature and it constitutes the peak of metallicity and old ages in FCC 47. The main body consists of two counter-rotating populations and is dominated by a more metal-poor population. The GC system is bimodal with a dominant metal-poor population and the total GC system mass is ∼17% of the NSC mass (∼7 × 108 M☉).
Conclusions: The rotation, high metallicity, and high mass of the NSC cannot be explained by GC-inspiral alone. It most likely requires additional, quickly quenched, in-situ formation. The presence of two KDCs likely are evidence of a major merger that has significantly altered the structure of FCC 47, indicating the important role of galaxy mergers in forming the complex kinematics in the galaxy-NSC system. 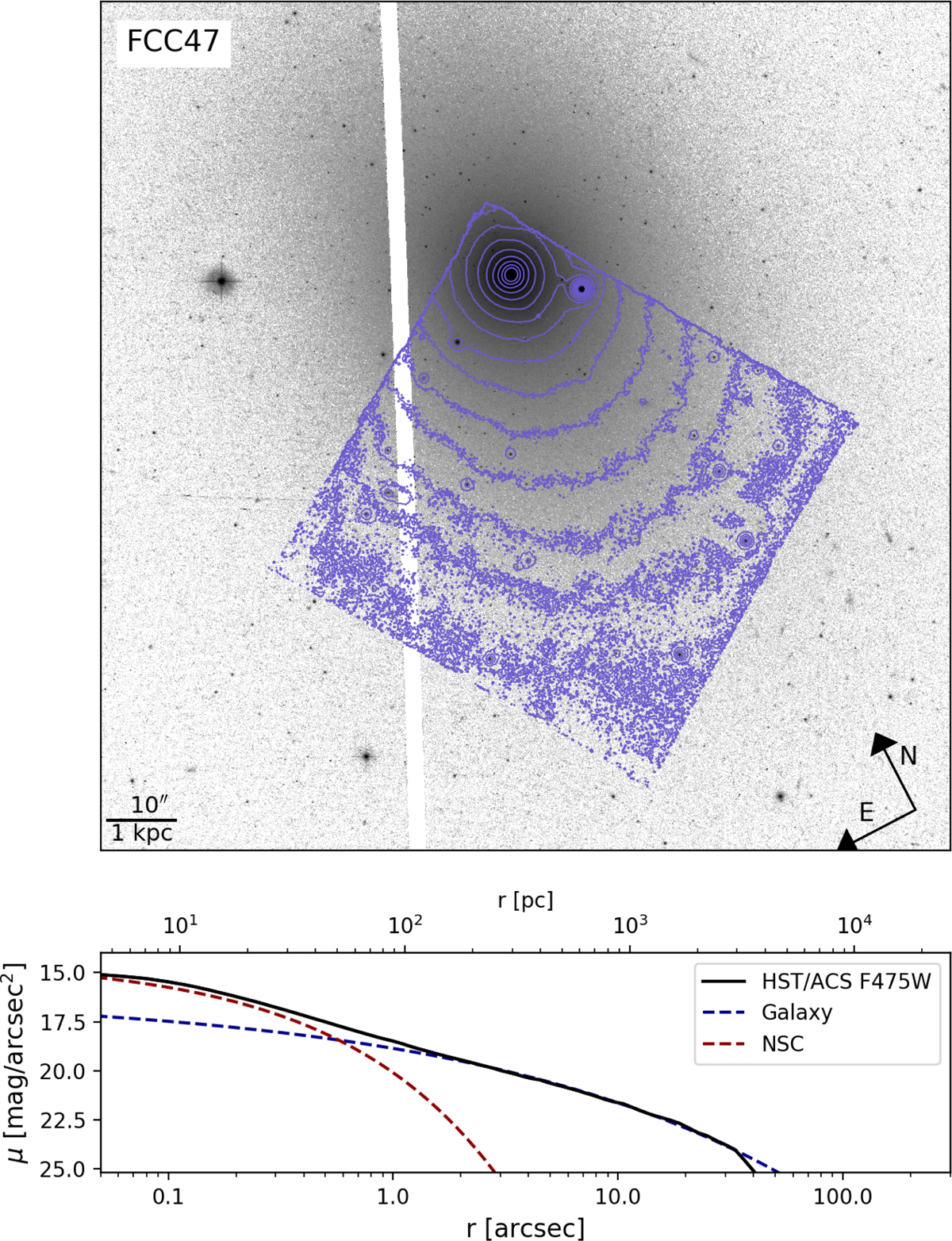