Context. The formation of globular clusters remains an open debate. Dwarf starburst galaxies are efficient at forming young massive clusters with similar masses as globular clusters and may hold the key to understanding their formation.
Aims: We study star cluster formation in a tidal debris, including the vicinity of three tidal dwarf galaxies, in a massive gas-dominated collisional ring around NGC 5291. These dwarfs have physical parameters that differ significantly from local starbursting dwarfs. They are gas rich, highly turbulent, their gas metallicity is already enriched up to half solar values, and they are expected to be free of dark matter. The aim is to study massive star cluster formation in this as yet unexplored type of environment.
Methods: We used imaging from the Hubble Space Telescope using broadband filters that cover the wavelength range from the near-ultraviolet to the near-infrared. We determined the masses and ages of the cluster candidates by using the spectral energy distribution-fitting code CIGALE. We considered age-extinction degeneracy effects on the estimation of the physical parameters.
Results: We find that the tidal dwarf galaxies in the ring of NGC 5291 are forming star clusters with an average efficiency of ∼40%, which is similar to blue compact dwarf galaxies. We also find massive star clusters for which the photometry suggests that they were formed at the very birth of the tidal dwarf galaxies. These clusters have survived for several hundred million years. Therefore our study shows that extended tidal dwarf galaxies and compact clusters may be formed simultaneously. In the specific case observed here, the young star clusters are not massive enough to survive for a Hubble time. However, it may be speculated that similar objects at higher redshift, with a higher star formation rate, might form some of the long-lived globular clusters. 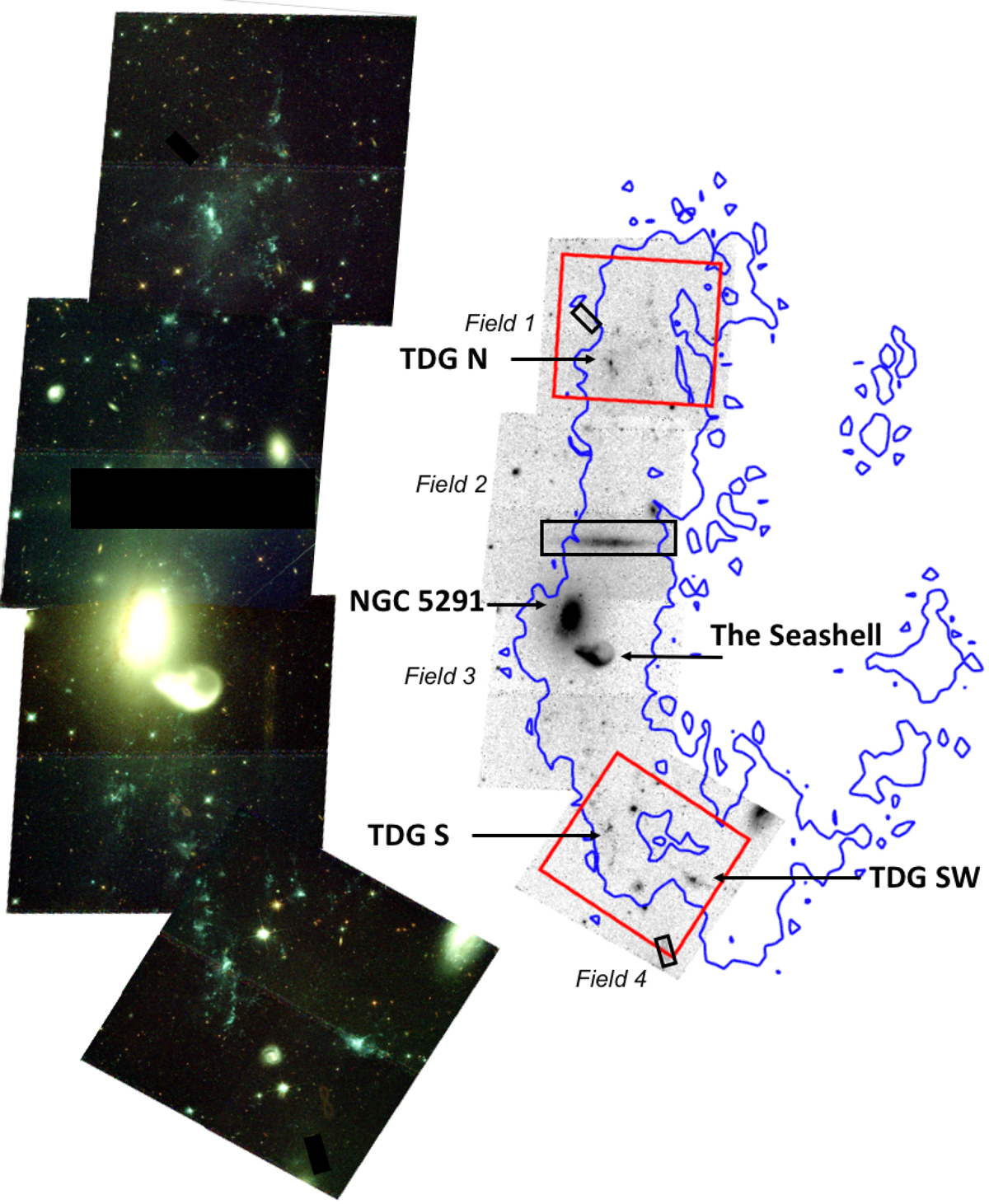