Runaways and shells around the CMa OB1 association

Context. The origin of the arc-shaped Sh 2-296 nebula is still unclear. Mainly due to its morphology, the nebula has been suggested to be a 0.5 Myr old supernova remnant (SNR) that could be inducing star formation in the CMa OB1 association. This means that the region might be an excellent laboratory for investigating the influence of massive stars on their surroundings.
Aims: We aim to show for the first time that the nebula is part of a large shell-like structure, which we have designated the "CMa shell", enclosing a bubble created by successive supernova (SN) explosions. We identify three runaway stars, associated with bow-shock structures, in the direction of the CMa shell, and we investigate the possibility that they have originated in the center of the shell.
Methods: By analyzing images of the CMa OB1 association at several wavelengths, we clearly saw that the Sh 2-296 nebula is in fact part of a large structure that can be approximated by a large elliptical shell (with a diameter of 60 pc). Using the recent Gaia DR2 astrometric data, we traced back the path of the three runaway stars, in order to determine their original position in the past, with relation to the CMa shell. We also revised the heating and ionization of the Sh 2-296 nebula by comparing the photon budget provided by the O stars in the region with results from radio observations.
Results: We find that the runaway stars have likely been ejected from a Trapezium-like progenitor cluster on three successive SN explosions that occurred 6, 2 and 1 Myr ago. We also show that the few late-type O stars in the region cannot explain the ionization of the Sh 2-296 nebula, and that other mechanisms need to be at work.
Conclusions: We argue that although we now have evidence for several SNe events in the CMa OB1 association, the SNe probably played a minor role in triggering star formation in these clouds. In contrast, the CMa OB1 association as it is now likely testifies to the last stages of a star-forming region. 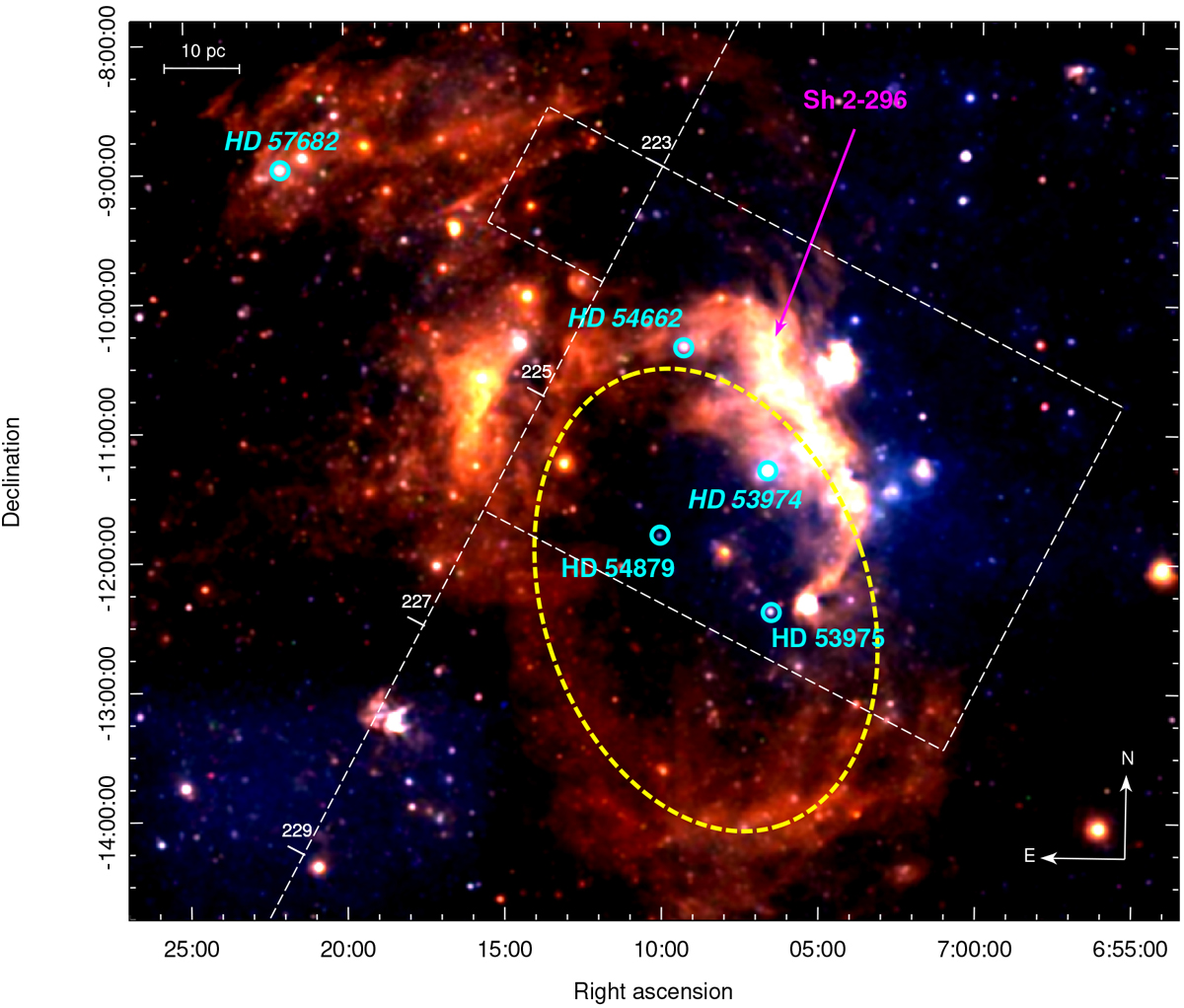