Context. Galactic disc chemical evolution models generally ignore azimuthal surface density variation that can introduce chemical abundance azimuthal gradients. Recent observations, however, have revealed chemical abundance changes with azimuth in the gas and stellar components of both the Milky Way and external galaxies.
Aims: Our aim is to quantify the effects of spiral arm density fluctuations on the azimuthal variations of the oxygen and iron abundances in disc galaxies.
Methods: We developed a new 2D Galactic disc chemical evolution model that is capable of following not just radial but also azimuthal inhomogeneities.
Results: The density fluctuations resulting from a Milky Way-like N-body disc formation simulation produce azimuthal variations in the oxygen abundance gradients of the order of 0.1 dex. Moreover, the azimuthal variations are more evident in the outer Galactic regions, which is in agreement with the most recent observations in external galaxies. Using a simple analytical model, we show that the largest fluctuations with azimuth result near the spiral structure co-rotation resonance where the relative speed between the spiral and gaseous disc is the slowest. Conclusion. We provide a new 2D chemical evolution model capable of following azimuthal density variations. Density fluctuations extracted from a Milky Way-like dynamical model lead to a scatter in the azimuthal variations of the oxygen abundance gradient, which is in agreement with observations in external galaxies. We interpret the presence of azimuthal scatter at all radii by the presence of multiple spiral modes moving at different pattern speeds, as found in both observations and numerical simulations. 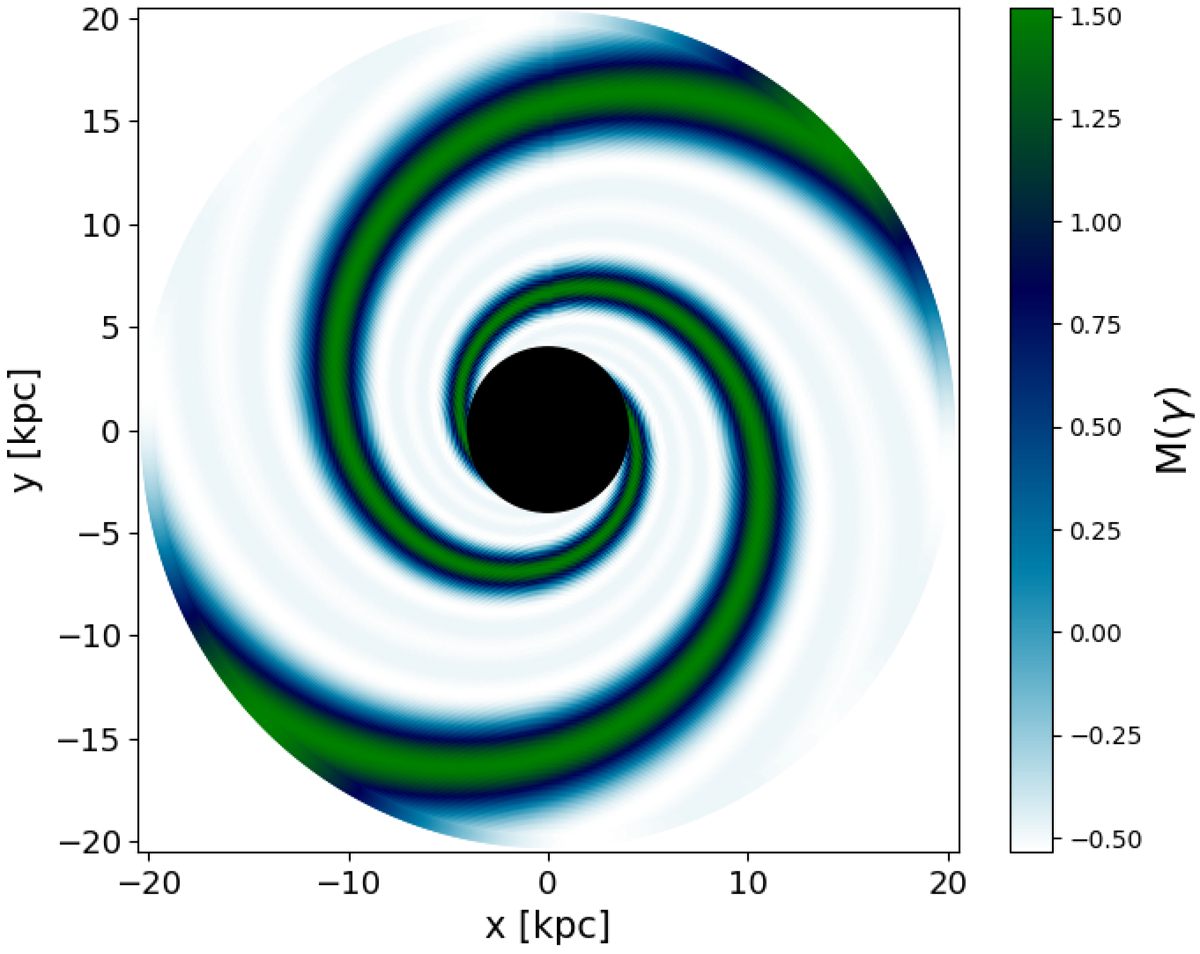