Disk origin of the Milky Way bulge: the necessity of the thick disk

In the Milky Way bulge, metal-rich stars form a strong bar and are more peanut-shaped than metal-poor stars. It has recently been claimed that this behavior is driven by the initial (i.e., before bar formation) in-plane radial velocity dispersion of these populations, rather than by their initial vertical random motions. This has led to the suggestion that a thick disk is not necessary to explain the characteristics of the Milky Way bulge. We discuss this issue again by analyzing two dissipationless N-body simulations of boxy or peanut-shaped bulges formed from composite stellar disks that consist of kinematically cold and hot stellar populations. These two models represent two extreme cases: one where all three components of the disk have a fixed vertical velocity dispersion and different in-plane radial dispersion, and another where they all have a fixed radial dispersion and different vertical random motions (thickness). This is intended to quantify the drivers of the main features that are observed in composite boxy or peanut-shaped bulges and their origin. We quantify the mapping into a boxy or peanut-shaped bulge of disk populations in these two cases, and we conclude that initial vertical random motions are as important as in-plane random motions in determining the relative contribution of cold- and hot-disk populations with height above the plane, the metallicity and age trends. Previous statements emphasizing the dominant role of in-plane motions in determining these trends are not confirmed. However, significant differences exist in the morphology and strength of the resulting boxy or peanut-shaped bulges. In particular, the model where disk populations initially have only different in-plane random motions, but similar thickness, results in a boxy or peanut-shaped bulge where all populations have a similar peanut shape, independent of their initial kinematics or metallicity. This is at odds with the trends observed in the Milky Way bulge. We discuss the reasons behind these differences, and also predict the signatures that these two extreme initial conditions would leave on the vertical age and metallicity gradients of disk stars outside the bulge region. As a consequence of this analysis, we conclude that given our current knowledge of the Milky Way bulge and of the properties of its main stellar components, a metal-poor, kinematically (radial and vertical) hot component, that is, a thick disk, is necessary in the Milky Way before bar formation. This supports the scenario that has been traced in previous works. Boxy or peanut-shaped bulges and their surrounding regions are fossil records of the conditions present at early times in disk galaxies, and by dissecting their stellar components by chemical compositions and/or age, it may be possible to reconstruct their early state. 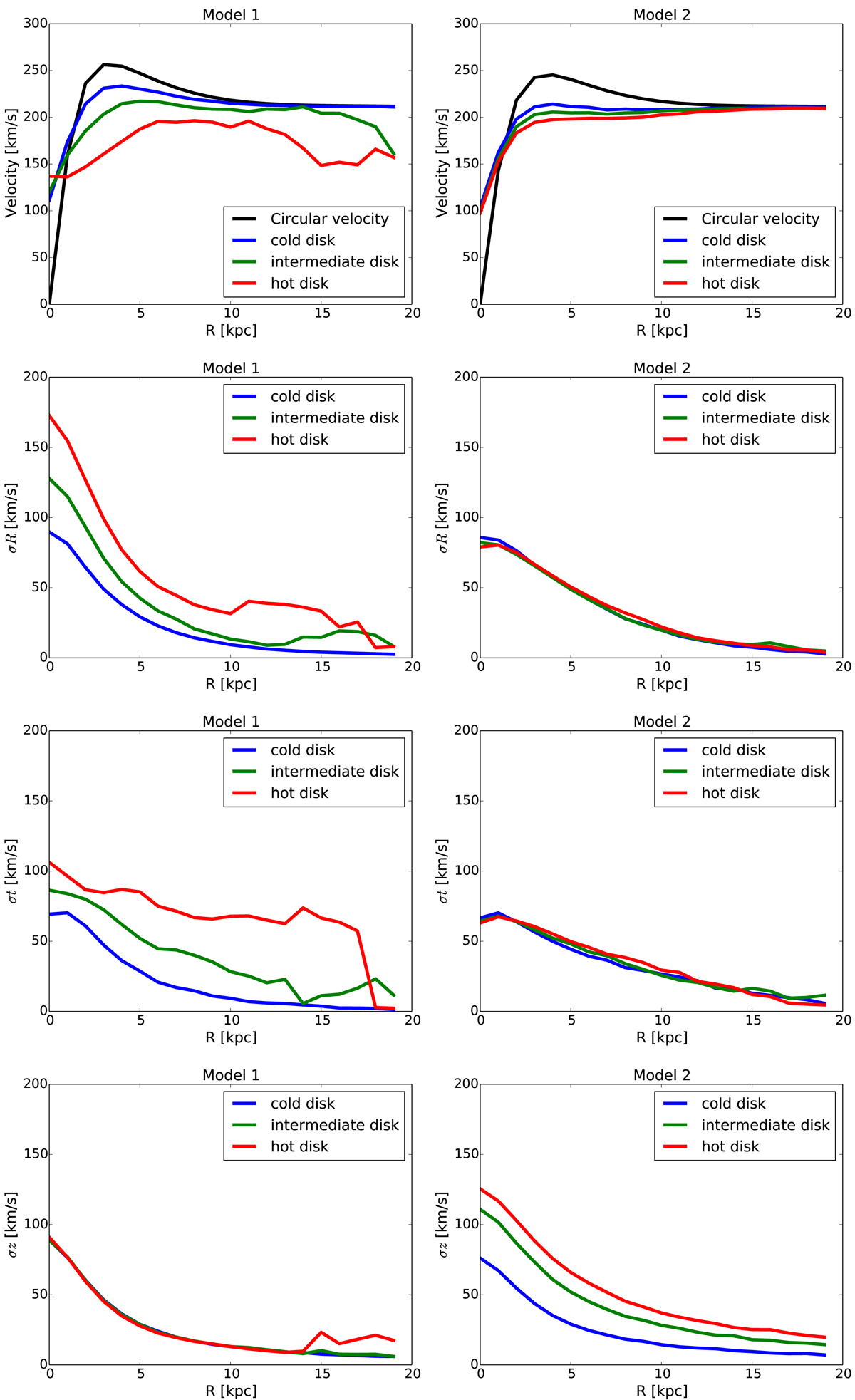