Atmospheric characterization of the ultra-hot Jupiter MASCARA-2b/KELT-20b. Detection of CaII, FeII, NaI, and the Balmer series of H (Hα, Hβ, and Hγ) with high-dispersion transit spectroscopy

Ultra-hot Jupiters orbit very close to their host star and consequently receive strong irradiation, causing their atmospheric chemistry to be different from the common gas giants. Here, we have studied the atmosphere of one of these particular hot planets, MASCARA-2b/KELT-20b, using four transit observations with high resolution spectroscopy facilities. Three of these observations were performed with HARPS-N and one with CARMENES. Additionally, we simultaneously observed one of the transits with MuSCAT2 to monitor possible spots in the stellar surface. At high resolution, the transmission residuals show the effects of Rossiter-McLaughlin and centre-to-limb variations from the stellar lines profiles, which we have corrected to finally extract the transmission spectra of the planet. We clearly observe the absorption features of CaII, FeII, NaI, Hα, and Hβ in the atmosphere of MASCARA-2b, and indications of Hγ and MgI at low signal-to-noise ratio. In the case of NaI, the true absorption is difficult to disentangle from the strong telluric and interstellar contamination. The results obtained with CARMENES and HARPS-N are consistent, measuring an Hα absorption depth of 0.68 ± 0.05 and 0.59 ± 0.07%, and NaI absorption of 0.11 ± 0.04 and 0.09 ± 0.05% for a 0.75 Å passband, in the two instruments respectively. The Hα absorption corresponds to 1.2 Rp, which implies an expanded atmosphere, as a result of the gas heating caused by the irradiation received from the host star. For Hβ and Hγ only HARPS-N covers this wavelength range, measuring an absorption depth of 0.28 ± 0.06 and 0.21 ± 0.07%, respectively. For CaII, only CARMENES covers this wavelength range measuring an absorption depth of 0.28 ± 0.05, 0.41 ± 0.05 and 0.27 ± 0.06% for CaII λ8498Å, λ8542Å and λ8662Å lines, respectively. Three additional absorption lines of FeII are observed in the transmission spectrum by HARPS-N (partially covered by CARMENES), measuring an average absorption depth of 0.08 ± 0.04% (0.75 Å passband). The results presented here are consistent with theoretical models of ultra-hot Jupiters atmospheres, suggesting the emergence of an ionised gas on the day-side of such planets. Calcium and iron, together with other elements, are expected to be singly ionised at these temperatures and be more numerous than its neutral state. The Calcium triplet lines are detected here for the first time in transmission in an exoplanet atmosphere. 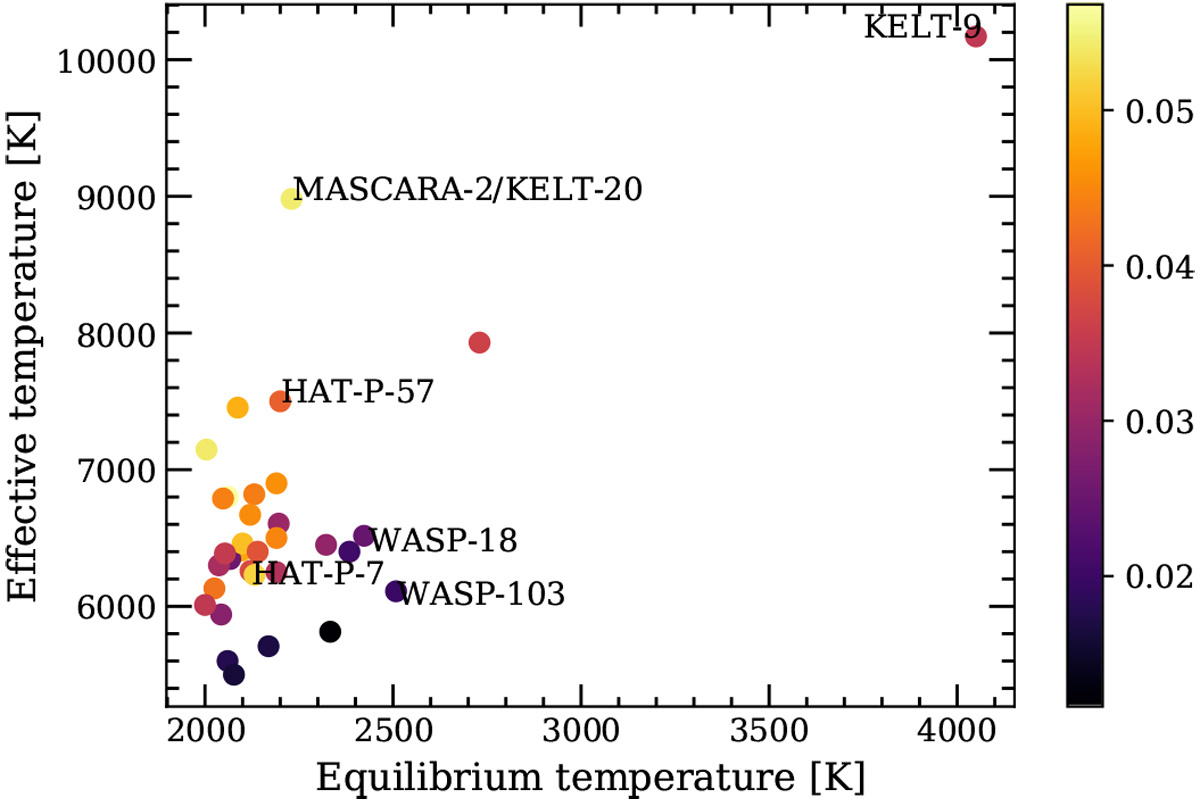