The physical and chemical structure of Sagittarius B2. IV. Converging filaments in the high-mass cluster forming region Sgr B2(N)

Context. Sagittarius B2 (north) is a chemically rich, high-mass star-forming region located within the giant molecular cloud complex Sgr B2 in the central molecular zone of our Galaxy. Dust continuum emission at 242 GHz, obtained at high angular resolution with the Atacama Large Millimeter Array (ALMA), reveals that it has a filamentary structure on scales of 0.1 pc.
Aims: We aim to characterize the filamentary structure of Sgr B2(N) and its kinematic properties using multiple molecular dense gas tracers.
Methods: We have used an unbiased, spectral line-survey that covers the frequency range from 211 to 275 GHz and obtained with ALMA (angular resolution of 0.''4, or 3300 au) to study the small-scale structure of the dense gas in Sgr B2(N). In order to derive the kinematic properties of the gas in a chemically line-rich source like Sgr B2(N), we have developed a python-based tool that stacks all the detected line transitions of any molecular species. This allows us to increase the signal-to-noise ratio (S/N) of our observations and average out line blending effects, which are common in line-rich regions.
Results: A filamentary network is visible in Sgr B2(N) in the emission maps of the molecular species CH3OCHO, CH3OCH3, CH3OH and H2CS. In total, eight filaments are found that converge to the central hub (with a mass of 2000 M⊙, assuming a temperature of 250 K) and extending for about 0.1 pc (up to 0.5 pc). The spatial structure, together with the presence of the massive central region, suggest that these filaments may be associated with accretion processes, transporting material from the outer regions to the central dense hub. We derive velocity gradients along the filaments of about 20-100 km s-1 pc-1, which are 10-100 times larger than those typically found on larger scales ( 1 pc) in other star-forming regions. The mass accretion rates of individual filaments are ≾0.05 M⊙ yr-1, which result in a total accretion rate of 0.16 M⊙ yr-1. Some filaments harbor dense cores that are likely forming stars and stellar clusters. We determine an empirical relation between the luminosity and stellar mass of the clusters. The stellar content of these dense cores is on the order of 50% of the total mass. The timescales required for the dense cores to collapse and form stars, exhausting their gas content, are compared with the timescale of their accretion process onto the central hub. We conclude that the cores may merge in the center when already forming stellar clusters but still containing a significant amount of gas, resulting in a "damp" merger.
Conclusions: The high density and mass of the central region, combined with the presence of converging filaments with high mass, high accretion rates and embedded dense cores already forming stars, suggest that Sgr B2(N) may have the potential to evolve into a super stellar cluster. 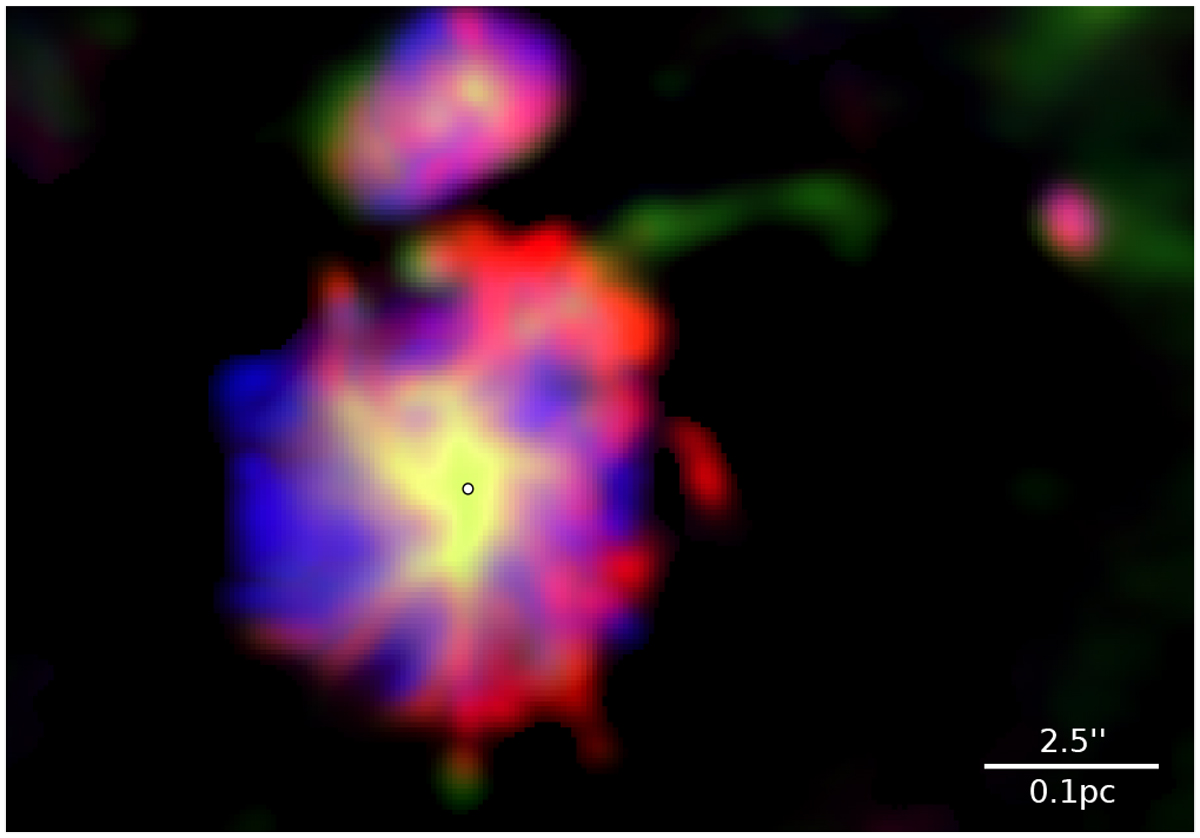