We present a study of 58 double-peaked emission line galaxies for which one of the components is suppressed in [OIII]λ5008 or is significantly weaker than the other one. Accordingly, the two components are classified differently in the BPT diagram. We show that the strong [OIII] component coincides with the stellar velocity and the suppressed component is off-centred in 66% of the galaxies, while in 12% of them it is the opposite. The analysis of their morphology reveals that about half of the sample is composed of S0, and the rest is composed of mergers and late-type galaxies in equal measure. We discuss the hypothesis that these characteristics exclude rotating discs and suggest different stages of merging. It is possible that the number of mergers is underestimated if the double nuclei are not resolved. Tidal features are detected in the outskirts of some S0 galaxies. This high fraction of S0 is surprising, as in addition most of the galaxies are isolated and the others are in small groups. All these galaxies that host an AGN component are massive, lie on the star forming sequence, and exhibit an enhanced star formation at their centre. While we cannot exclude outflows, these galaxies exhibit spectra that do not correspond to usual outflow observations characterised by high gas velocities, and the standard deviations of the two peaks are comparable. In parallel, these characteristics are compatible with ultimate stages of galaxy merging, where the two nuclei are either too close to be detected, or dynamical disturbances might be present in post-mergers like massive S0 galaxies. 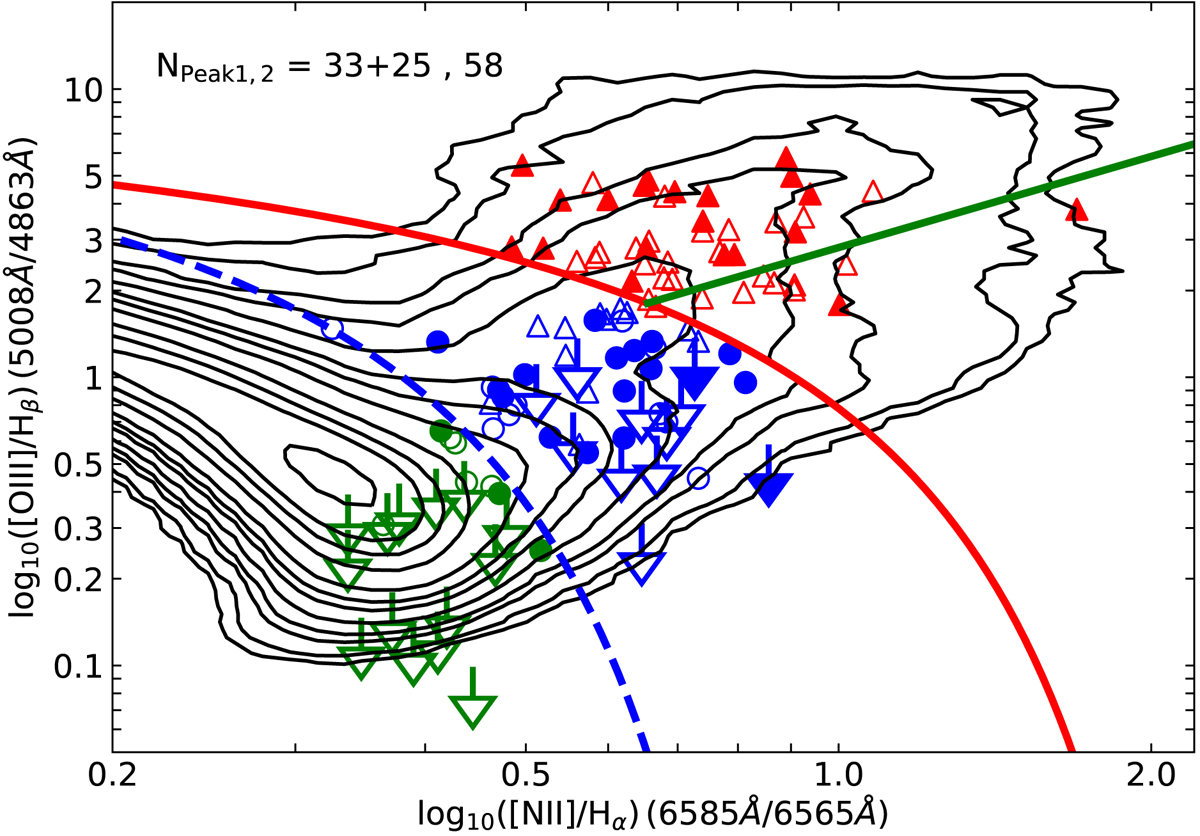