Context. NGC 2682 is a nearby open cluster that is approximately 3.5 Gyr old. Dynamically, most open clusters are expected to dissolve on shorter timescales of ≈1 Gyr. That it has survived until now means that NGC 2682 was likely much more massive in the past and is bound to have an interesting dynamical history.
Aims: We investigate the spatial distribution of the stars in NGC 2682 to constrain dynamical evolution of the cluster. We particularly focus on the marginally bound stars in the cluster outskirts.
Methods: We used Gaia DR2 data to identify NGC 2682 members up to a distance of ∼150 pc (10°). The two methods Clusterix and UPMASK were applied to this end. We estimated distances to obtain 3D stellar positions using a Bayesian approach to parallax inversion, with an appropriate prior for star clusters. We calculated the orbit of NGC 2682 using the GRAVPOT16 software.
Results: The cluster extends up to 200' (50 pc), which implies that its size is at least twice as large as previously believed. This exceeds the cluster Hill sphere based on the Galactic potential at the distance of NGC 2682. Conclusion. The extra-tidal stars in NGC 2682 may originate from external perturbations such as disc-shocking or dynamical evaporation from two-body relaxation. The former origin is plausible given the orbit of NGC 2682, which crossed the Galactic disc ≈40 Myr ago. 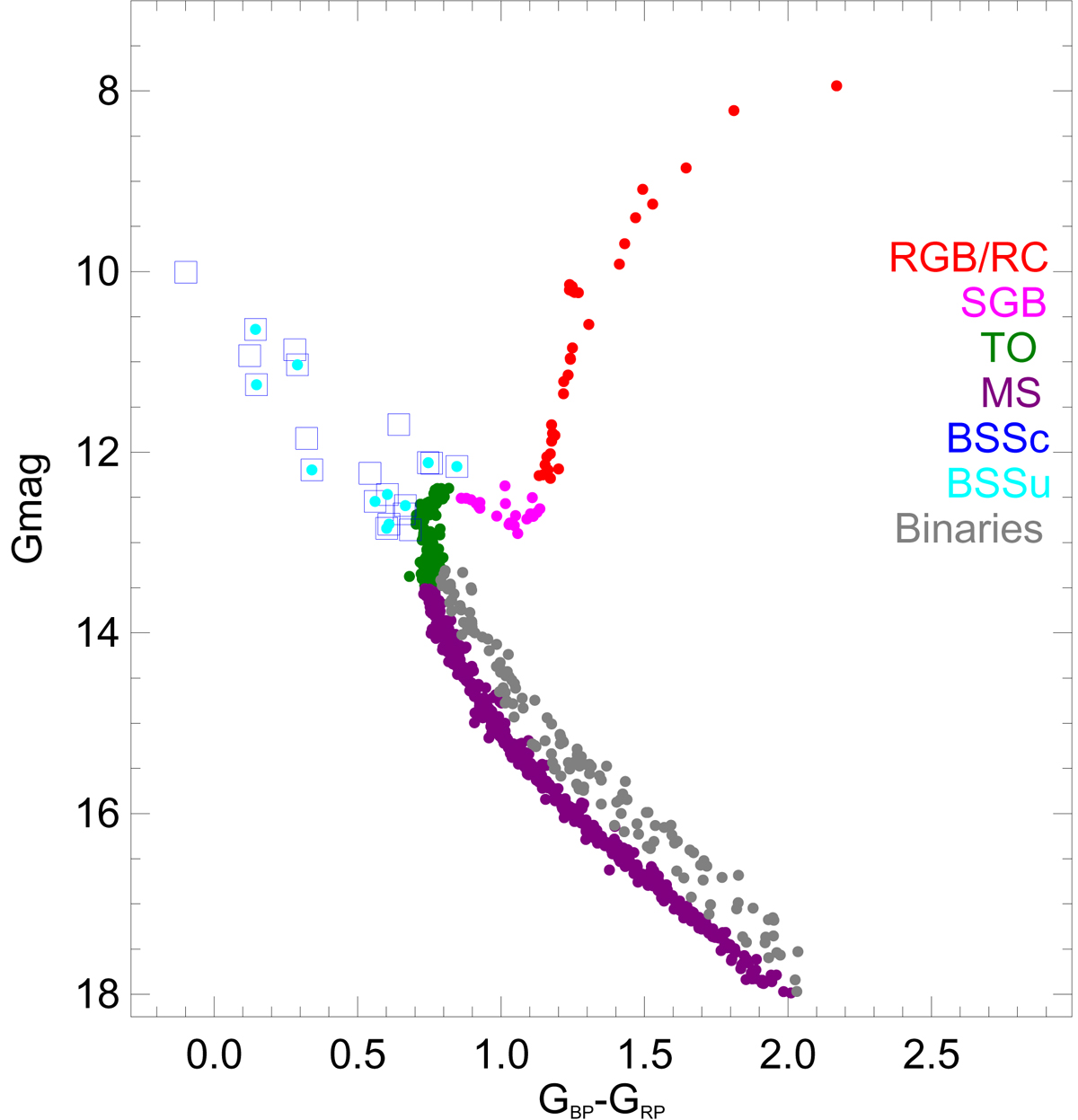